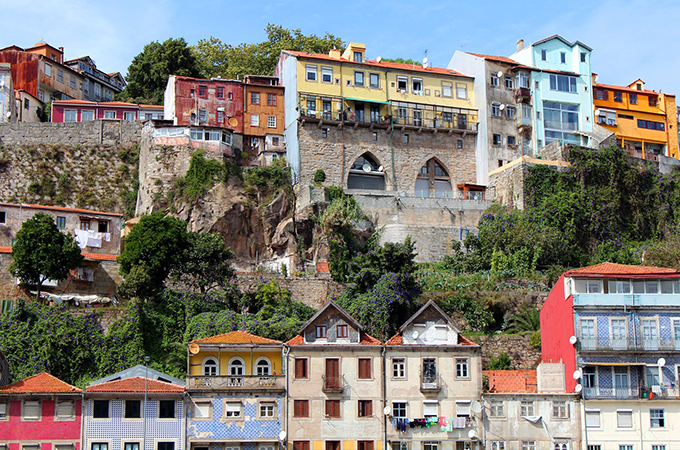 Set dramatically on the banks of the Douro River, Porto is one of Portugal’s most beautiful, charming, and picturesque cities. It was a natural for our Northern Portugal Untour.

Here are some of our favorite sites in town.

Cais da Ribeira
The Ribeira District is teaming with restaurants, bars, and street life. This charming and popular area on the river attracts locals and tourists. Navigate its arcades and stairways and steep, narrow streets, ducking into shops and cafes as you go. The colorful facades and crumbling stucco of its buildings create a distinct and memorable atmosphere. From the water, you can admire views of the Luís I Bridge. 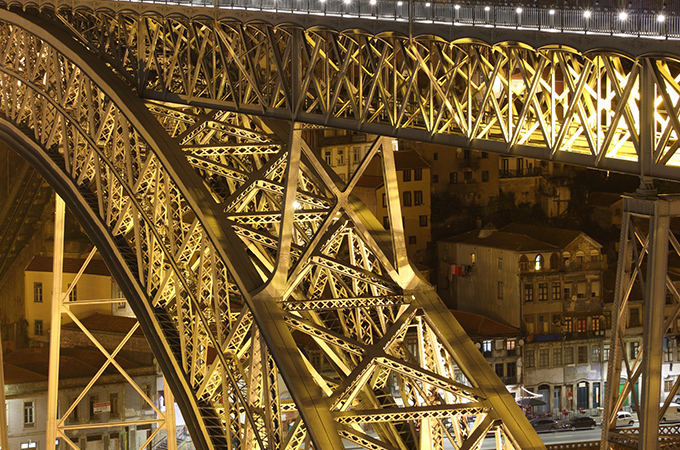 Luís I Bridge
This iconic bridge was designed by Théophile Seyrig, cofounder of the Eiffel Company. The dramatic, bilevel metal arched bridge opened in 1886. It crosses high above the Douro River, offering a bird’s eye view of the city and carrying light rail trains. It is connected to a funicular, and its lower level includes a pedestrian walkway.

Serralves Museum & Villa
Casa de Serralves is an impressive Art Deco villa built in the early 20th century and sumptuously decorated by designers like René Lalique and Charles Siclis. Explore its exquisite interiors. The villa’s terraced gardens are impressive as well, full of topiaries and pergolas, lush and green. Stroll the park, and then head over to the Contemporary Museum of Art, which features changing exhibits of notable modern and contemporary artists.

Church of São Francisco
Don’t miss the grand Gothic church for Saint Francis. The basilica was completed in the early 15th century but was updated at intervals from the 16th through the 18th centuries. Marvel at the rose window and intricately carved woodwork. 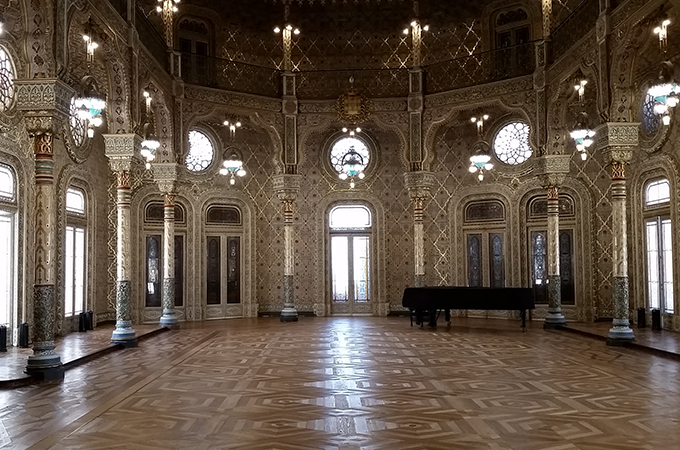 Palácio da Bolsa
Next to São Francisco, where the cloisters once stood, you will find Porto’s old Stock Exchange. The building was completed in 1850, and its interiors were lavishly designed and decorated over the following century and a half. Tour the interior to marvel at the carvings, frescoes, tilework, chandeliers, and sculptures in revivalist styles. Discover room after room of rich decor and the impressive Pátio das Nações courtyard.

Praça da Liberdade
The perfect foil to the Ribeira district, this grand square and boulevard in Santo Ildefonso are spacious and open. The Praça da Liberdade was a marvel of 18th century city planning. The Neoclassical Palácio das Cardosas is just one of its notable buildings. Surrounding streets are occupied by impressive buildings and lined with high end shops, designer boutiques, and stylish cafes.

Foz do Douro
The palm-lined promenade of the Foz do Douro neighborhood is a gorgeous draw, with its sea views and elaborate pergola. This coastal district is trendy, where the Douro meets the ocean, is full of cool restaurants and shops. Look or the Farol Molhe do Douro lighthouse, which was only recently taken out of service. Stroll the bright streets here, enjoy a meal, and linger on the promenade for the sunset. 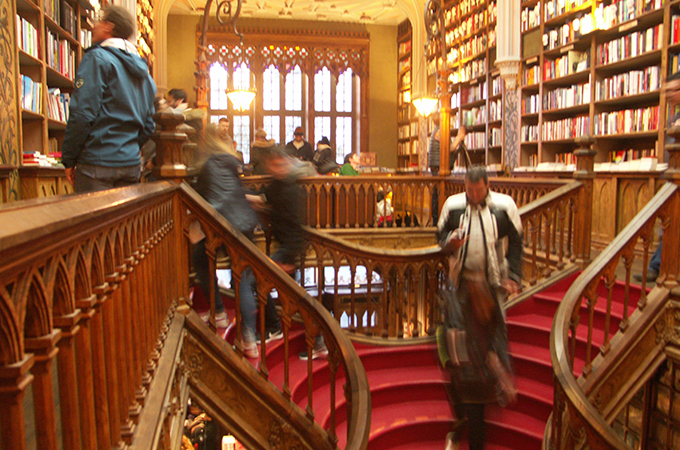 Livraria Lello
Set on Rua das Carmelitas, this book shop is like no other in the world. The shop dates back to 1906, and its lavish art nouveau interior is warm and inviting. Browse its wooden shelves, admire its stained glass, and linger on its staircase. Harry Potter author JK Rowling loved this shop and spent time here when she lived and taught in Porto, and the staircases are said to have inspired her descriptions of the Hogwarts school in her Potter novels.

Casa da Música
Architecture and music buffs will want to visit the Casa da Música, the concert hall designed by starchitect Rem Koolhaas and opened in 2005. His revolutionary design includes striking glass walls and bold lines. Tour the venue and you might catch an orchestra rehearsal. Or book tickets and plan your date night.

Soares dos Reis National Museum
Named for António Soares dos Reis, a 19th century sculptor, this beautiful art museum was founded in the 19th century to showcase sacred art taken from the country’s convents. Much of this religious art is still on show, though the collection has expanded. The collection includes notable Portuguese artists like Silva Porto, Domingos Sequeira, Vieira Portuense, and Miguel ngelo Lupi. And of course you can see pieces by Soares dos Reis here.