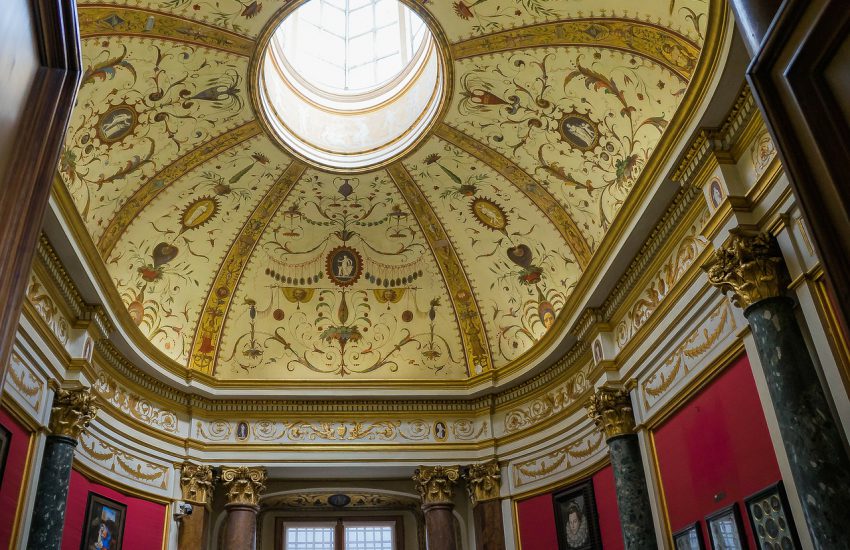 When we say Renaissance, what is the first city that comes to mind? For us, and for most, it is Florence. A cradle of architecture and artistic growth under the patronage of the Medici, Florence was seminal in the development of western art and culture.

On our upcoming Virtual Weekend in Tuscany, we will explore some of Florence’s masterpieces of architecture, painting, and sculpture with an expert guide on virtual visits to the Duomo and the Uffizi, the former Medici offices that now hold one of the most important collections of art in the world. 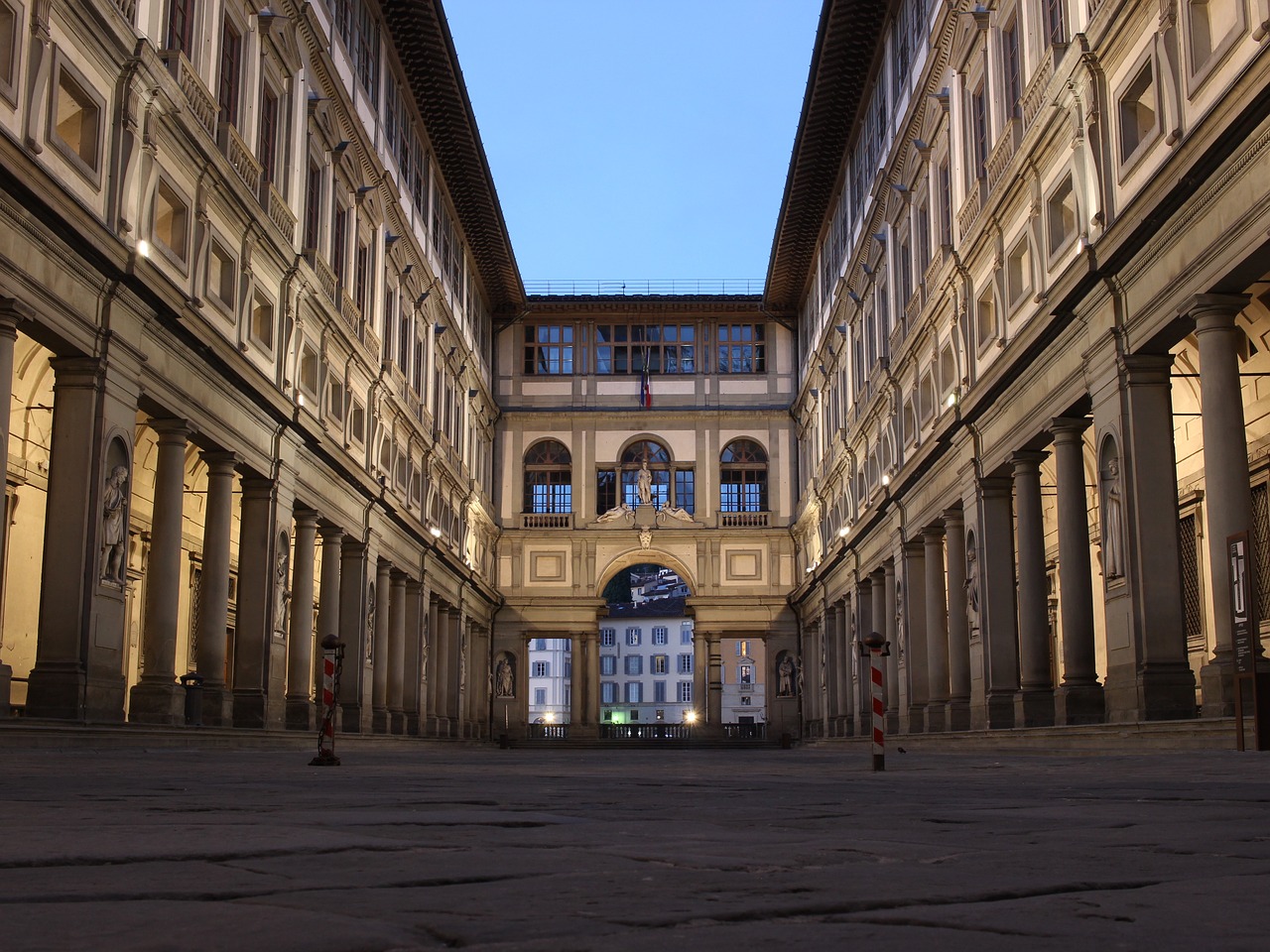 Ahead of our tour, here is a brief primer on some of the artists you will meet there.

This master painter laid important groundwork for the use of perspective in his landmark paintings and frescoes. His work reflected the humanism of the early Renaissance. He broke with the Gothic style and used a groundbreaking realism in his figures that would set the tone for Florentine Renaissance painting.

Many subsequent Renaissance artists studied his frescoes. Masaccio lived and worked most of his life in Florence before moving to Rome, where he died shortly after, at the age of 27, supposedly poisoned by an artistic rival.

A brilliant artist, scientist, inventor and engineer, Da Vinci was the archetypal Renaissance man, a devoted scholar and creator who epitomized the High Renaissance. He studied with Verroccio in Florence and worked there early on, mixing with important artists and writers in the Medici court.

He was sent to Milan by Lorenzo de’ Medici as an ambassador, accepted major commissions there which included an equestrian sculpture, several paintings and work on Santa Maria delle Grazie (and the Last Supper fresco). A pioneer of dimension, chiaroscuro, and depth, da Vinci defined the High Renaissance style with masterpieces that include the Mona Lisa, the Annunciation, and Virgin of the Rocks.

He also embodied the marriage of art, science and humanism. His Vetruvian man sketches furthered the study of anatomy, and his notebooks contained endless inventions and engineering concepts, including musical instruments, cranks and hydraulic pumps. In Venice he realized an engineering project he’d devised to fortify the city.

A master painter, sculptor, and architect, Michelangelo embodied Renaissance humanism. He apprenticed with Ghirlandaio and was later taken into the Medici court. Harbored by Lorenzo Medici, he studied with the finest thinkers of the day and lived with the family in comfort. He moved and worked between Rome and Florence during the political unrest of the time.
His major sculptural works included Bacchus, David and the Pieta, as well as his series of Slaves. He spoke of releasing figures that were trapped in marble. The fluidity, muscularity, strength and realism of his figures set the standard for sculpture in the Renaissance and beyond.

His most ambitious works were executed in Rome: frescoes of the Genesis and the Last Judgment in the Sistine Chapel and the design of the dome of St. Peter’s and the Campidoglio square. His redesign of the façade of San Lorenzo was stalled by financial troubles, but the Medici were later able to garner funds for Michelangelo to design their family chapel and tombs there. Michelangelo was resentful of the elder da Vinci and younger Raphael, considering them rivals. 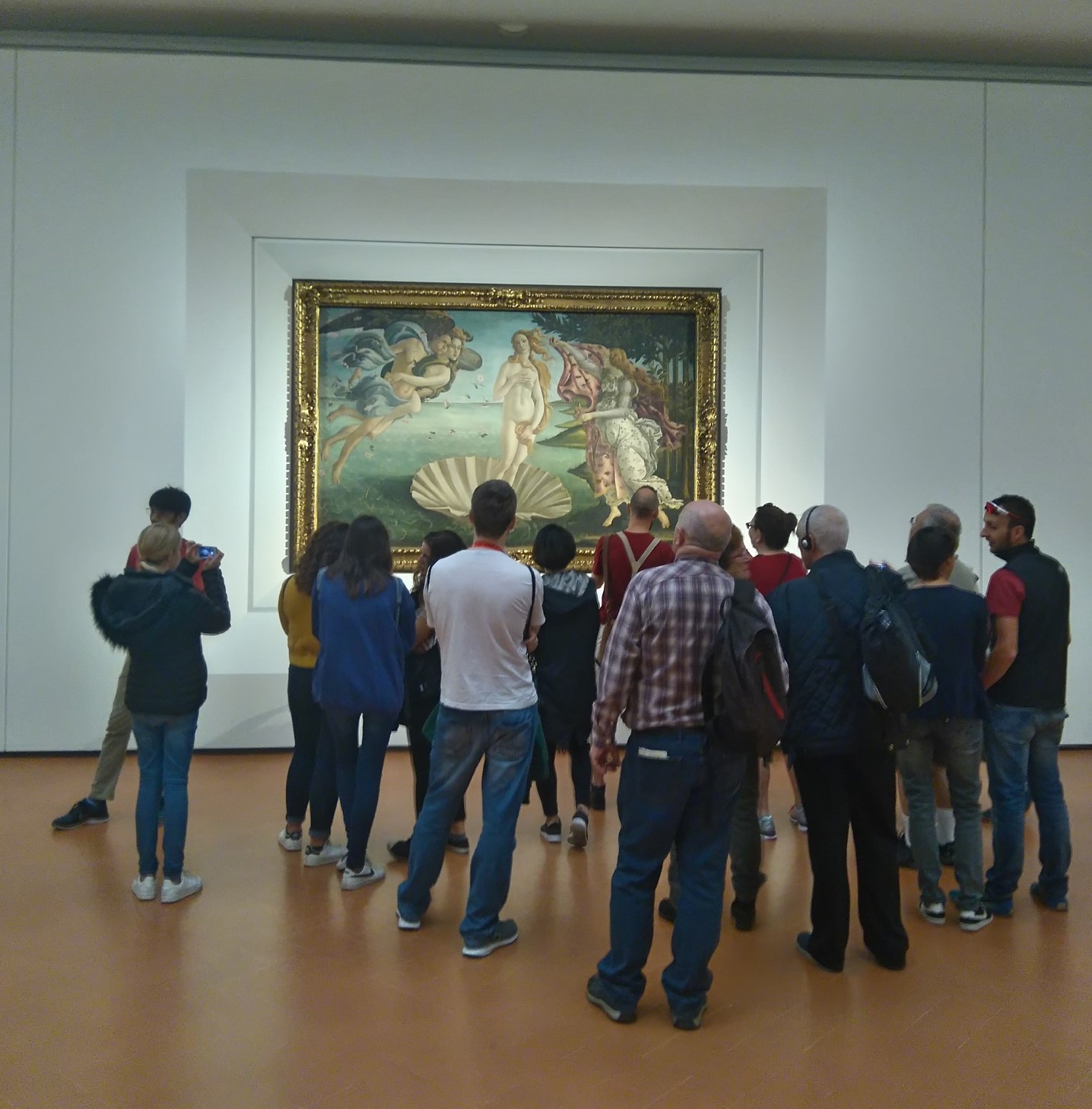 One of the first and finest of the Florentine School, Botticelli exemplified the clarity of form and humanist themes of the early Renaissance. He studied under Filippo Lippi, and painted in Florence under the patronage of Lorenzo de’ Medici. His crisply drawn, graceful figures illustrate Biblical and mythological scenes. Primavera and the Birth of Venus are two of the most important paintings of the Renaissance. Botticelli went on to fresco part of the Sistine Chapel under the summons of Pope Sixtus IV. Later in his career he experimented with printing, illustrating Dante’s Inferno.

Raphael spent his early year working in Umbria and studying under Perugino. He passed through Florence briefly but was influenced by the work of da Vinci at the time. He went on to Rome to execute his most important works, accepting a commission from Pope Julius II to fresco what was planned to be the papal library (now called the Raphael Rooms) at the Vatican. Cartoons of the lives of Saint Peter and Paul were another major project.

Raphael also executed a number of smaller works, portraits and self portraits, all done with his characteristic gentle realism. His style was influenced by Michelangelo and he was the last of the Italian High Renaissance masters.

You can see works by all of these masters on a visit to the Uffizi Museum in Florence, but until travel resumes, we hope you can join us for our Virtual Weekend in Florence! See you online.