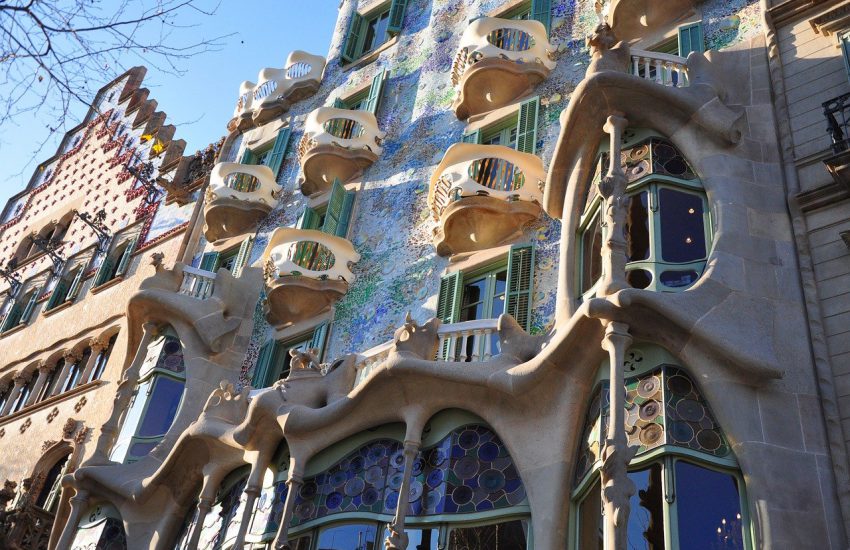 On the Passeig de Gràcia in the Eixample district of Barcelona is quite possibly the most famous block in Spain. The Block of Discord is an architectural mishmash of ostentation and color. We’re looking at some of Barcelona’s most colorful architecture as we get ready for our upcoming Virtual Weekend in Barcelona and Madrid. 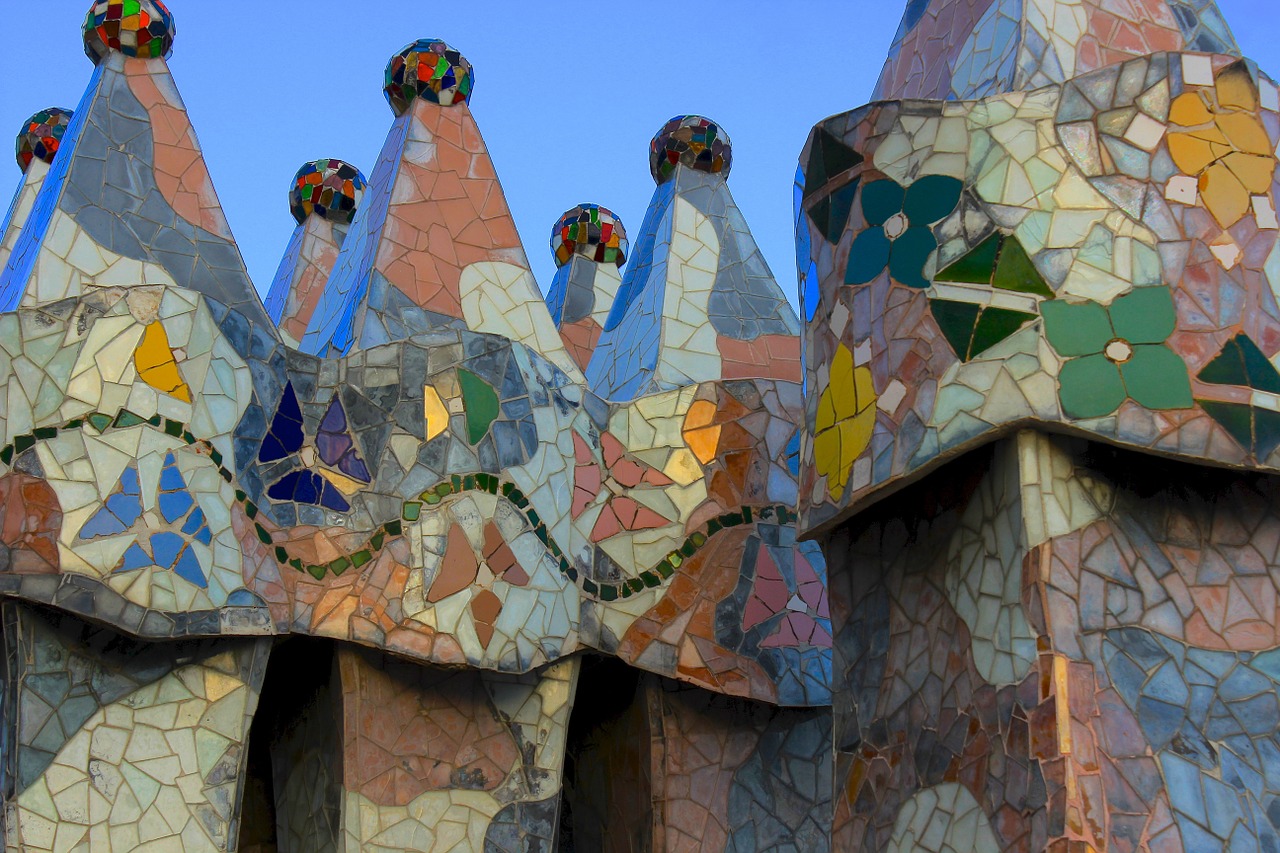 Barcelona’s La Manzana de la Discòrdia is home to three extravagant—and extravagantly different—buildings. Built within 8 years of each other, by three leading architects, at the request of three rich city barons, these buildings boggle the eyes and mind. One can’t help but wonder what the barons were trying to prove. 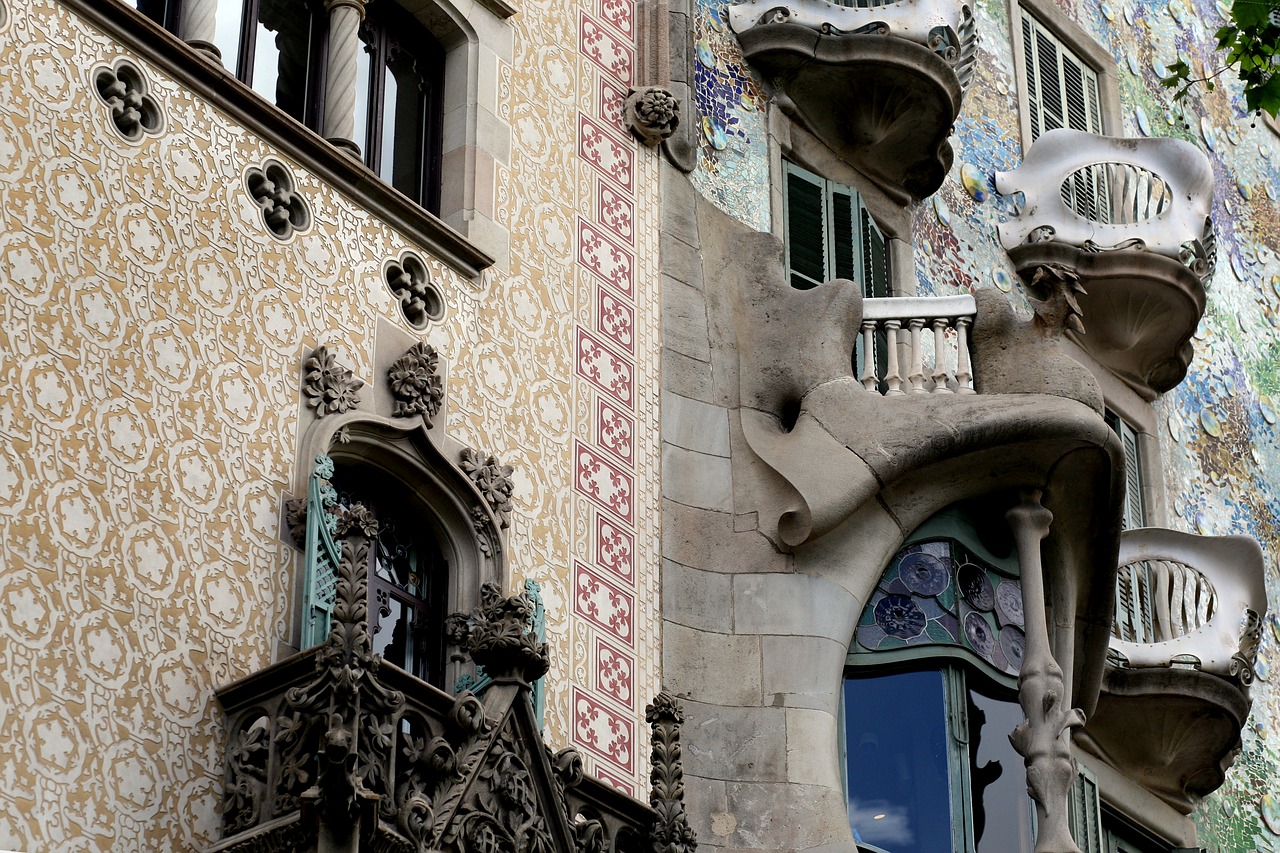 The block has become known as La Manzana de la Discòrdia. Manzana means both apple and block in Spanish. Discòrdia refers to the Greek goddess of discord, Eris, whose golden apple (to be given to the most beautiful goddess) started the Trojan War. 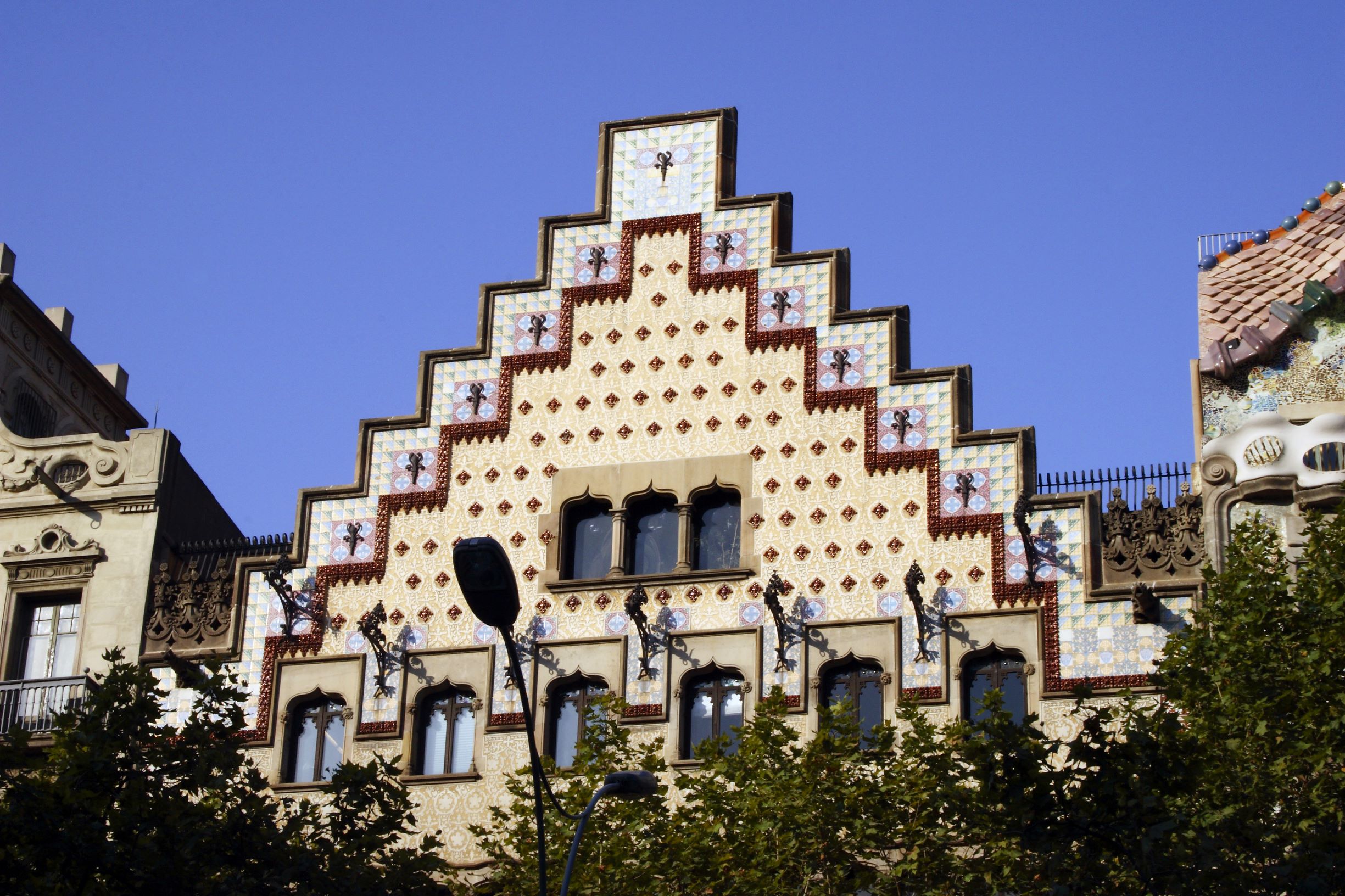 Casa Amatller was the first extravagant house on the block, built by Josep Puig i Cadafalch in 1898 for chocolatier Antoni Amatller. It combines Flemish and Catalan architectural styles and appears almost regal in its intricate detail. Tour Antoni Amatller’s photographic studio and enjoy a tasting of Amatller chocolate in the house’s original kitchen. 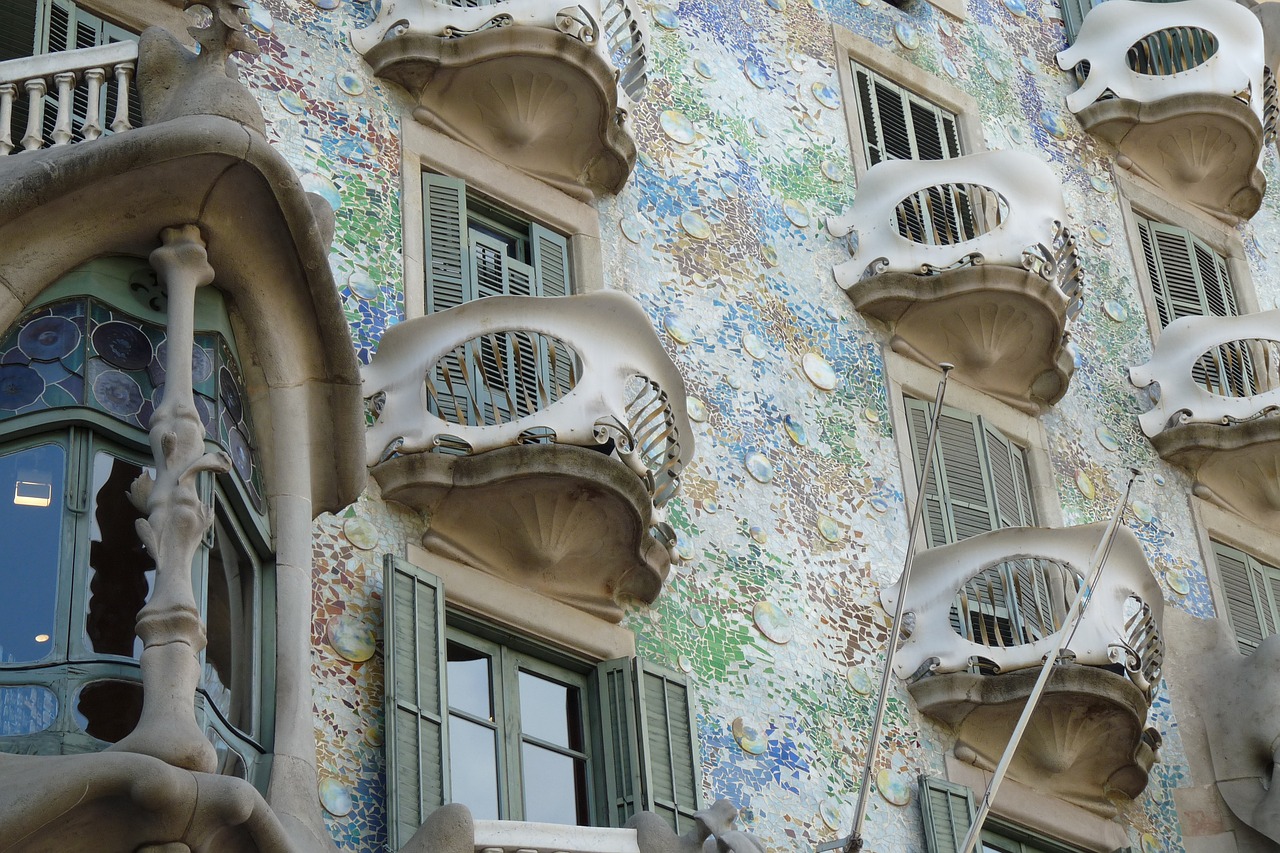 The clear favorite of this neighborly competition is Antoni Gaudí’s Casa Batlló. It is a UNESCO World Heritage Site and a must-see for city visitors. Dramatically refurbished between 1904-1906, with its colourful dragon-like roof and bone-like balconies, this “house” is simply enthralling. Though never confirmed by Gaudí, many view the façade as an interpretation of Sant Jordi (Saint George, Catalonia’s patron saint) killing the dragon. 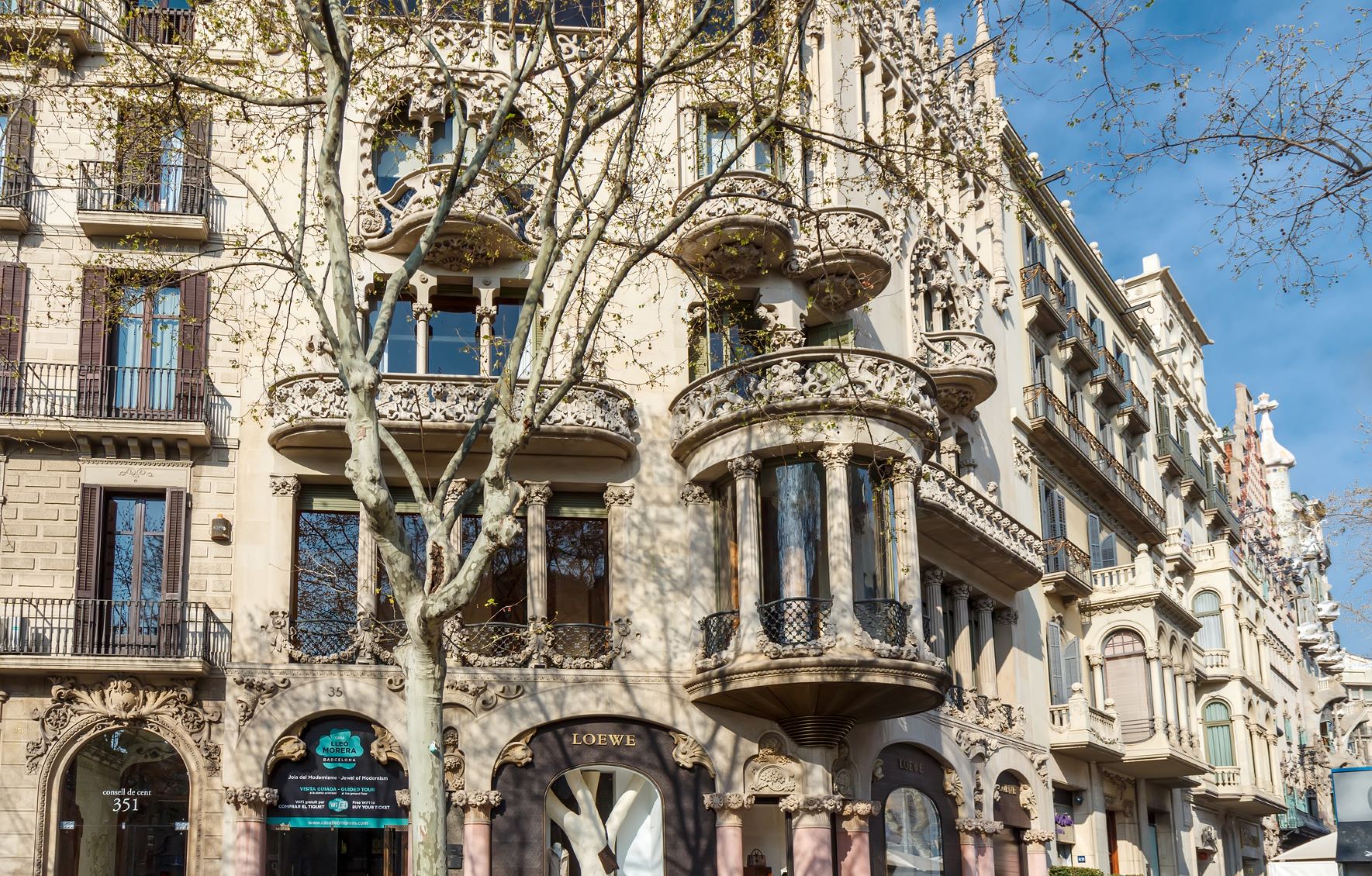 Casa Lleó Morera was built in 1905 and is the least bizarre of the three, though it would be the star of any other block. Designed by Domènech i Montaner, this wedding cake-like building is unfortunately closed to the public.

Join us on Zoom for an illustrated Gaudí talk, part of our upcoming Virtual Weekend in Barcelona and Madrid. And keep dreaming of Untours travel in Spain.