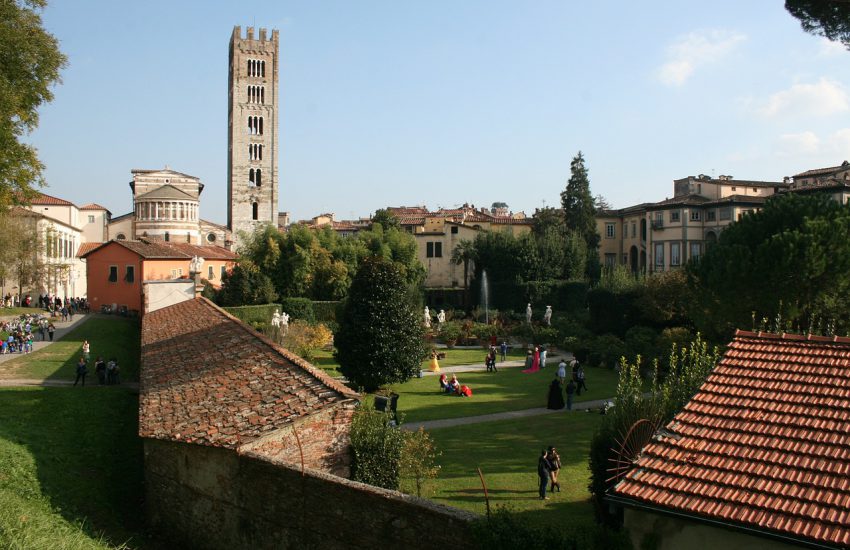 One of Tuscany’s wealthiest and most graceful cities, Lucca is a gem not to be missed. It’s worth a visit from your Untour in Florence or even our rural Tuscany Untour, based in the southern part of the region.

Colonized by the Romans in the 2nd century BC, this otherwise flat Tuscan “hill” town still shows evidence of its original city planning. Its streets intersect at right angles off of its two main perpendicular thoroughfares, typical of a Roman military encampment.

Its Renaissance walls, which are still intact, and the Piazza del Mercato, once the site of a Roman amphitheater, are two of the city’s most photographed and well known sites. Stroll or bike the walkway that circles the town atop its walls. 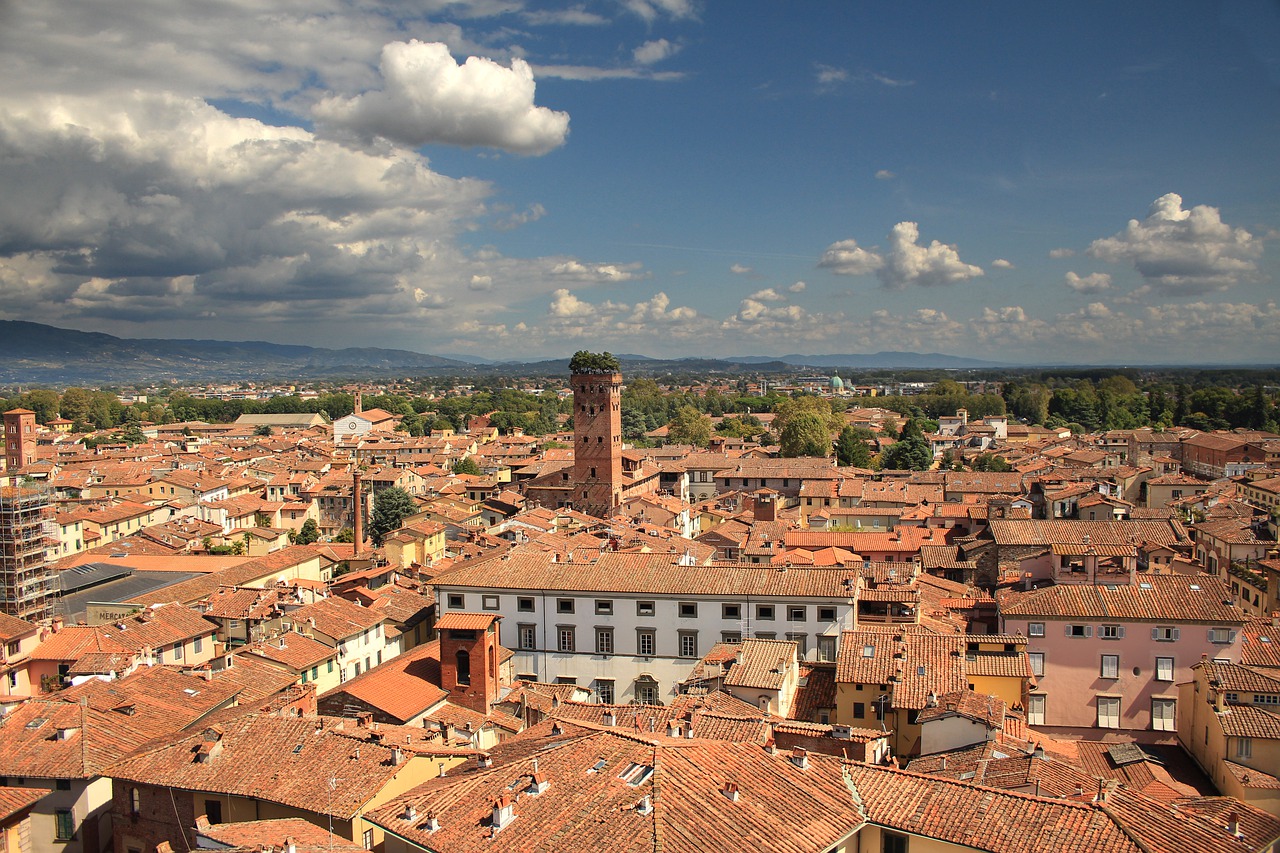 One of Lucca’s most interesting attractions is its cathedral, San Martino. It housed the Volto Santo, or the Holy Face. This wooden crucifix is said to be a true effigy of Christ, carved by Nicodemus, one of his followers, at the time of his crucifixion. It is believed to have made its own way to Lucca, cast into the sea by Nicodemus himself.

For the music lover in all of us, visit the Casa Natale di Puccini, a small museum housed in Puccini’s birthplace. 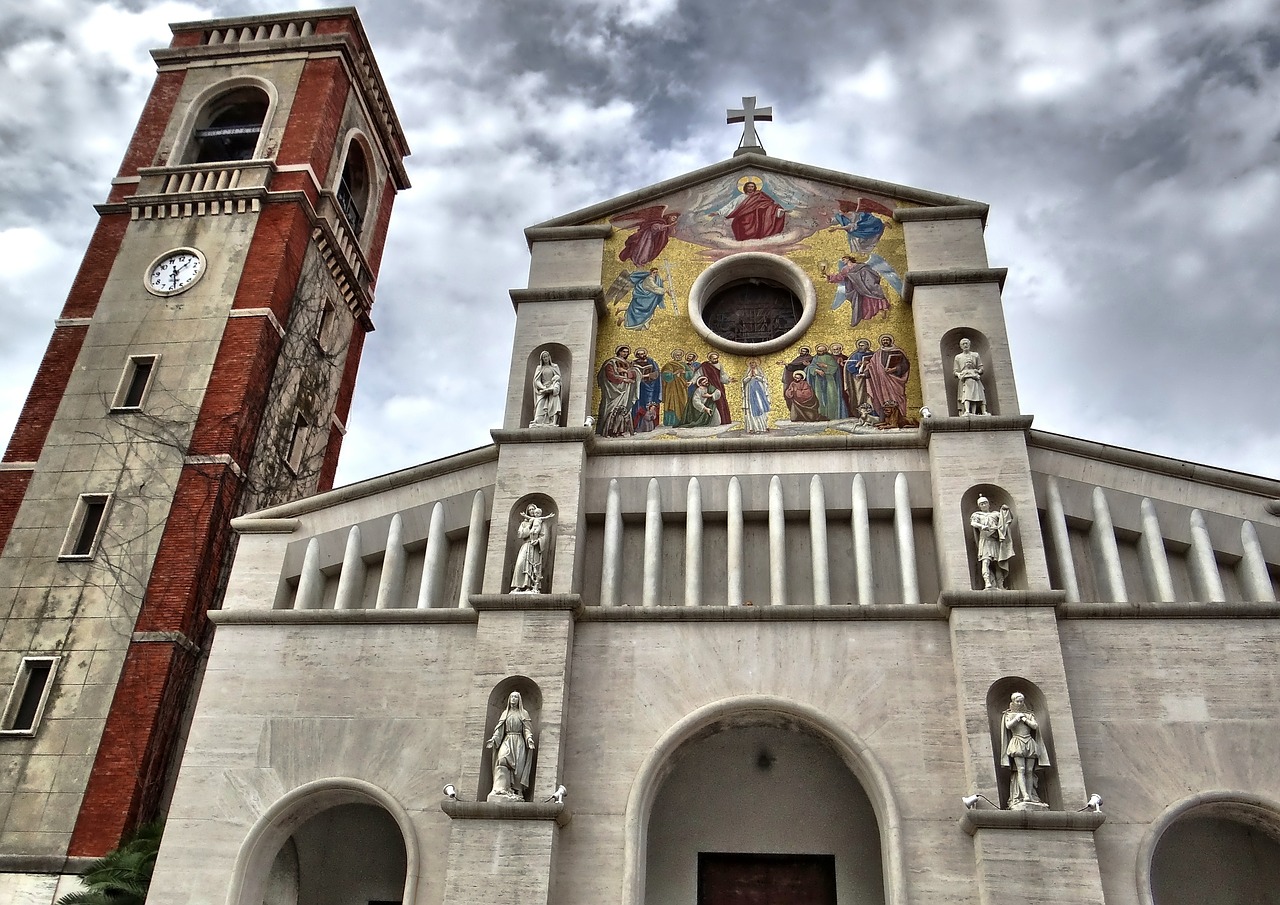 Another wonderful sight is the mosaic façade of San Frediano church. Be sure to look at the frescos in the second chapel on the north side to see a depiction of the story of the Volto Santo. They also give an idea of what the city looked like in the 16th century.

Enjoy Lucca’s beautiful city center and the surrounding beauty on your next Italian Untour.