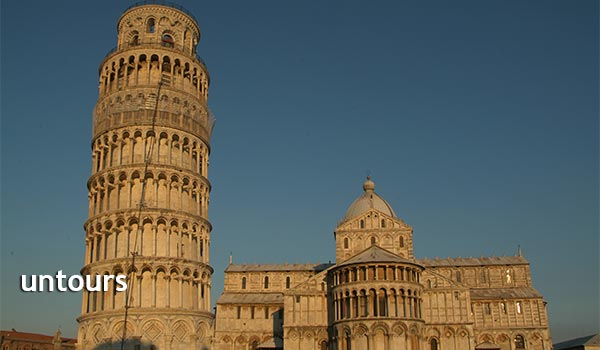 At an exchange rate of $1.07 to the euro, the dollar is stronger than it has been in Europe in over 10 years. Five investment bankers in New York cited this fact and concerns about preserving the iconic monument when they submit their bid Friday to buy Pisa’s famed Leaning Tower.
“Pisa is an important commercial center,” said Antonello Admonti, the lead investor on the project. He is a 2nd generation Italian-American who says he is proud of his heritage. “I would love to locate a small office for our partners near the base of the structure.”
Restoration work on the tower would begin in early 2016 if the sale is approved by a deeply divided Italian legislature. Admonti and his partners plan to anchor their investment with office and commercial space on the tower’s lower two floors.
Investors promise that public access to the tower’s upper floors will be maintained and plan structural improvements for safety. Their proposal would allow local authorities to lease the upper portion of the structure, assuring public visits would be managed locally by those who understand the site-specific concerns of tourists. The plan would also assure revenue from visitors remains in local control.
Legislators must approve the deal, and parliament is divided. While the deal would bring an infusion of badly needed capital and assure improvements to the structure, many see it as evidence of globalism gone amuck.
Former prime minister Silvio Berlusconi has lauded the deal. “Towers are a traditional symbol of power and dominance,” he said. “Even at a slight angle, it is no less potent a symbol.”
On the topic of ownership, he said that it matters little to visitors who actually owns the structure. “They will come to Italy to see the tower and have an aperitivo on the ground floor. They will love Italy and have an improved experience.”
“Our group considered high-profile locations in Barcelona, Paris and elsewhere in Europe before choosing the tower,” says Admonti. “One member even proposed a site in Switzerland, as the franc has fallen recently, and it is much less expensive than it looked earlier this year.”
Legions of Pisans have flocked to the Piazza dei Miracoli to voice their concern. Young protesters have gathered at the tower’s base in a makeshift tent city. A brief scuffle broke out late Tuesday when an American tourist accidentally smacked an Italian protestor in the head with his selfie stick.
Social media is abuzz with activists’ calls to protect this beloved national symbol from foreign ownership. Popular Twitter hashtags include #saveourtower, #globalismoNO and #aprilfools! To read more, click here.
Photo of Pisa above by David Hessell