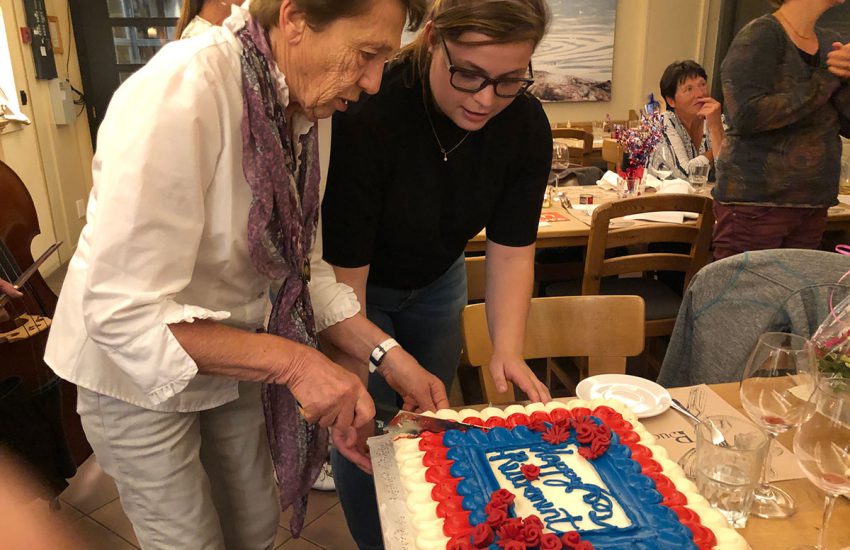 Untours Swiss staff person Margrit Winterberger celebrated her retirement at the end of our 2019 season. Untours president Brian Taussig-Lux joined her and other Swiss colleagues past and present for a retirement celebration this past fall.

A tribute to Margrit

Hal Taussig brought the first group of Americans to Switzerland in 1975. Margrit Winterberger started working with Hal about a year or two later. Over the years Margrit worked largely behind the scenes to coordinate contracts and bookings and help the Swiss Untours run smoothly. 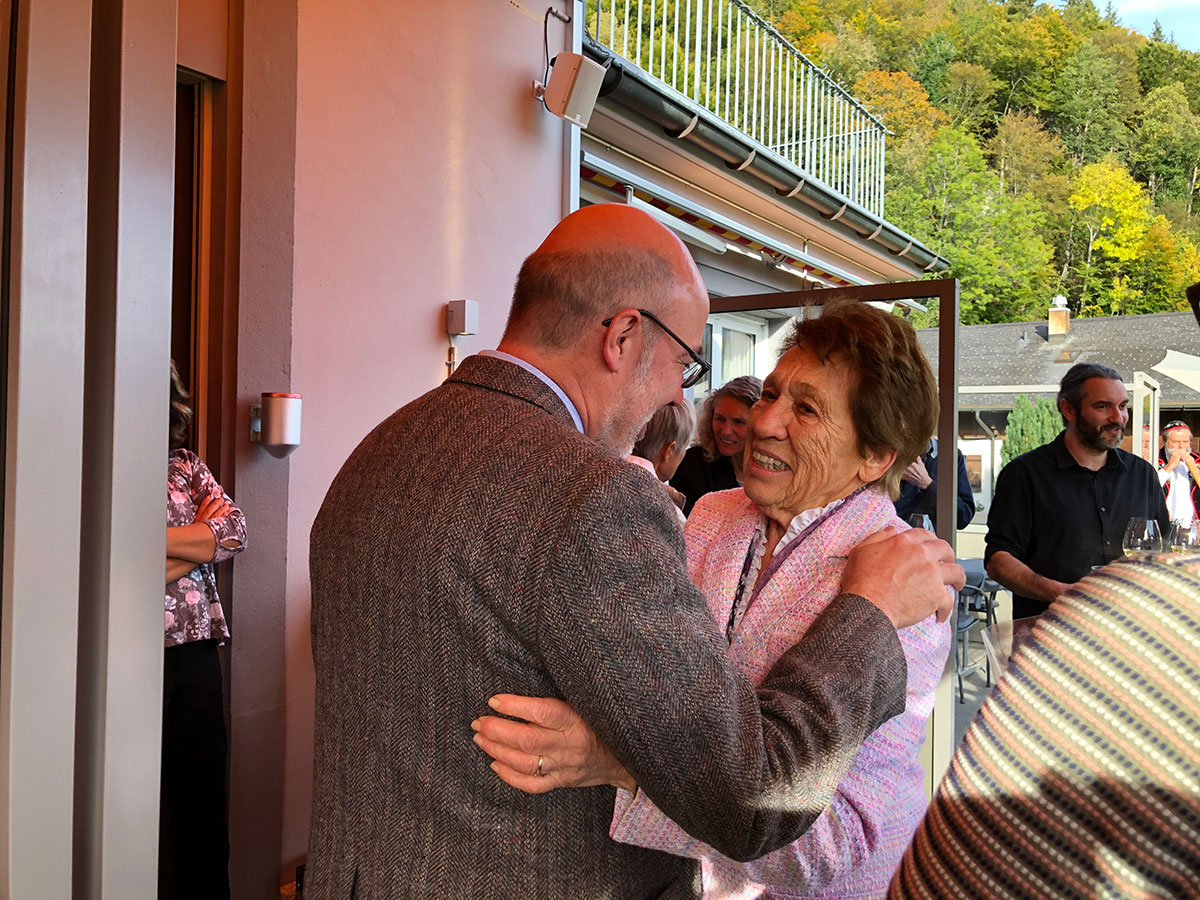 Hal had rented Margrit’s apartment back then. I worked with him many times in that office. I once asked him how he learned German. He told me that his best German teacher was Margrit Winterberger. I could also see how patient she was with him, but also how she laughed when he said something very wrong.

No one quite knows how Margrit was able to take on more tasks, but somehow she milked cows, kept housekeeping, cared for her own children, and helped Hal with contracts, all while giving him German lessons. 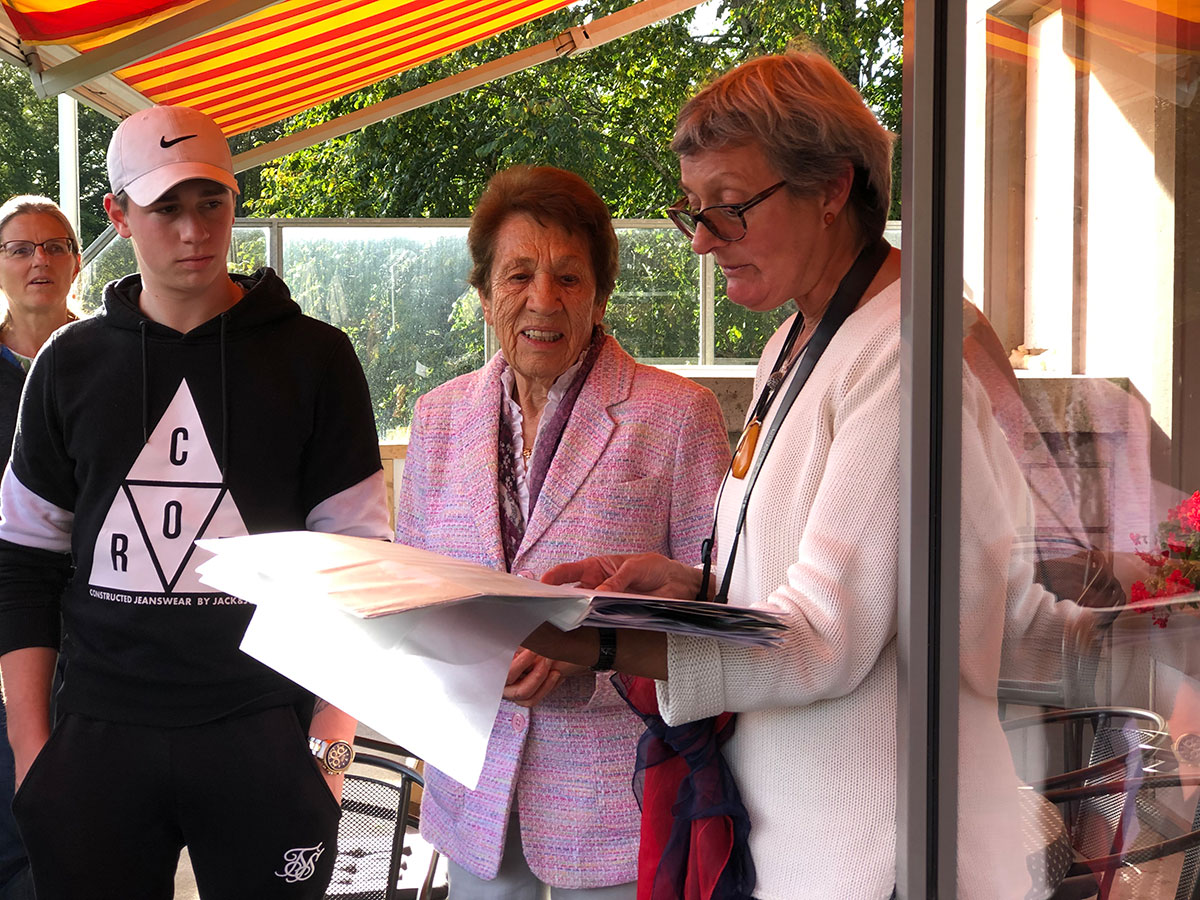 Margrit’s house became the Swiss headquarters of the company.

I remember well when I started working at Idyll in the early 80s, communicating with Margrit was tricky. Of course there was no internet at the time. Telephone calls were very expensive. That meant that all reservations had to be sent by post to Hohfluh. We had hung an envelope on the wall in the office. For each new booking, we had to fill in a label with customer name, apartment, and dates. The label went in the envelope. Once a week we sent the full envelope to Margrit.

Later, we set up an electronic system to communicate with Margrit faster. I can not really remember how that worked, but Margrit was always ready to try something new, even if it was sometimes a bit complicated. 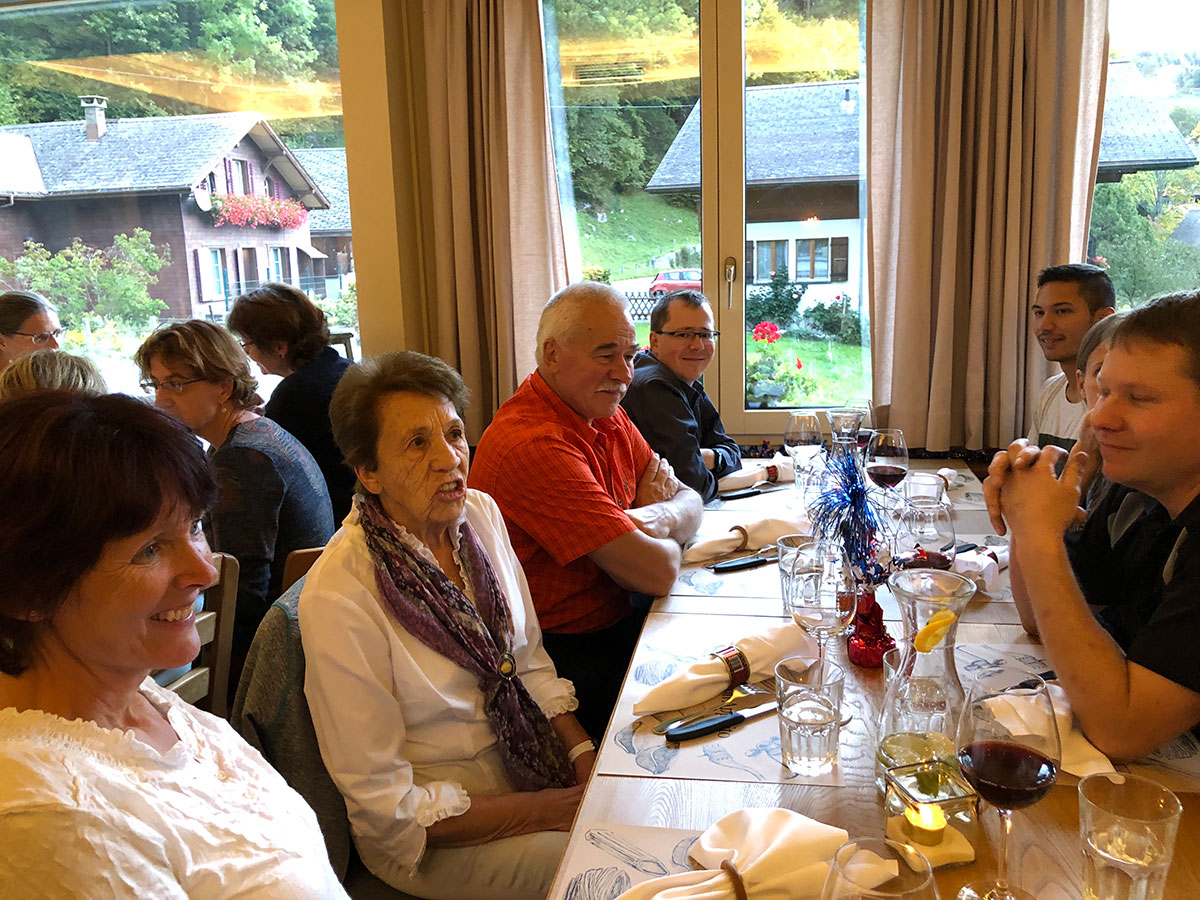 In the 90s we bought a computer with internet access for Margrit. She learned Microsoft Excel and Word and over time got on well with the machine with the exception of the occasional colorful Swiss curse word.

When I worked in Austria in the 1980s, I came to Switzerland from time to time during the summer, often to meet with Hal. Margrit was often part of those meetings that sometimes took place on an alpine hike. In winter, the temptation for me to find a reason to come to Hohfluh was strong. The business reasons were not always great, but from time to time I came to Switzerland in February. It just so happens that Margrit lives very close to a ski slope. Margrit always found a free bed for me for which I am still grateful. 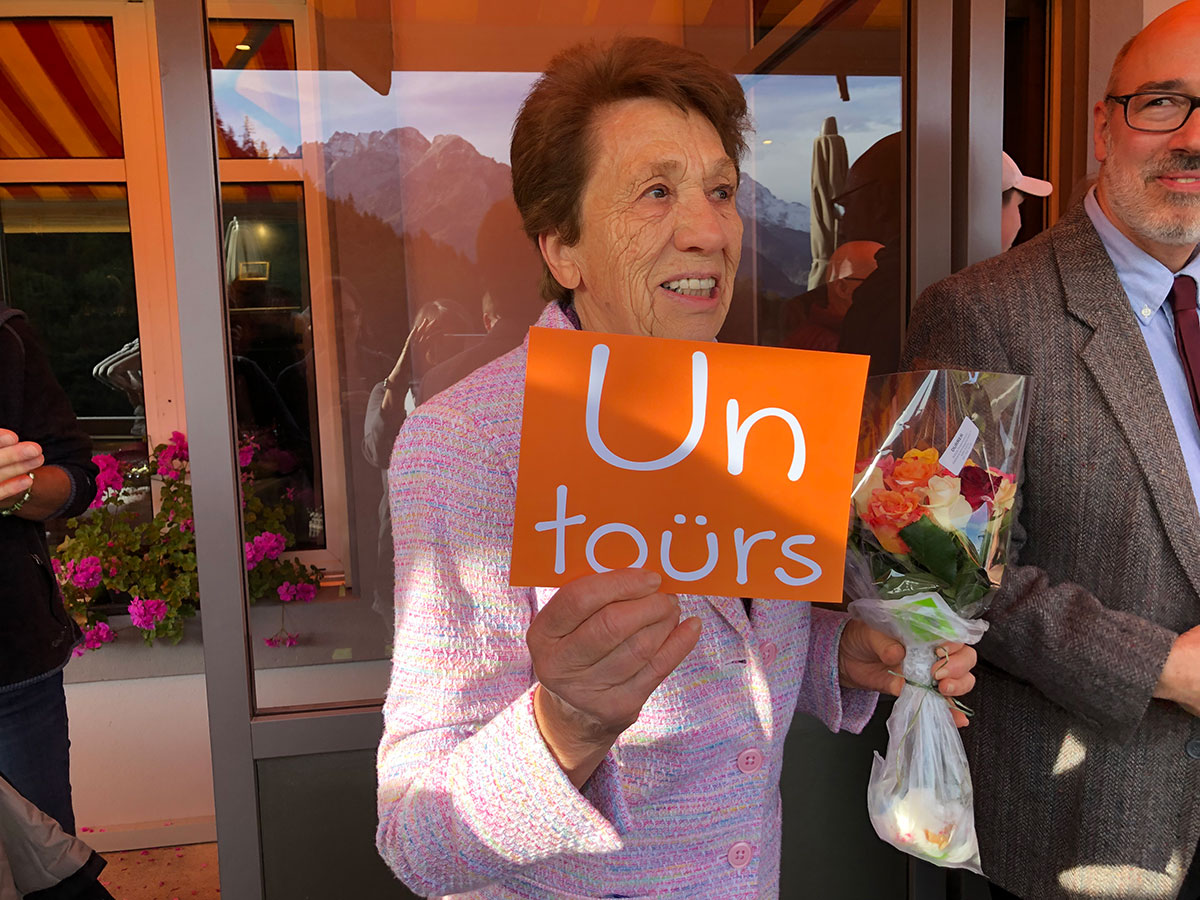 Over the years, Margrit has done almost everything. She was not only responsible for communication with landlords and bills. She also picked up guests at the airport, helped with orientation, organized musicians for the parties, and countless other tasks that we knew almost nothing about.

Margrit played an important mediating role between us in Media and the landlords in Switzerland. Margrit represented us well, and her integrity helped our company’s reputation in the region.

Scenes from the party

A good time was had by all, including past staff from the Swiss Heartland and Swiss Oberland Untours, and even Ticino. Of course our current team of Swiss staff was there to send Margrit off with love. 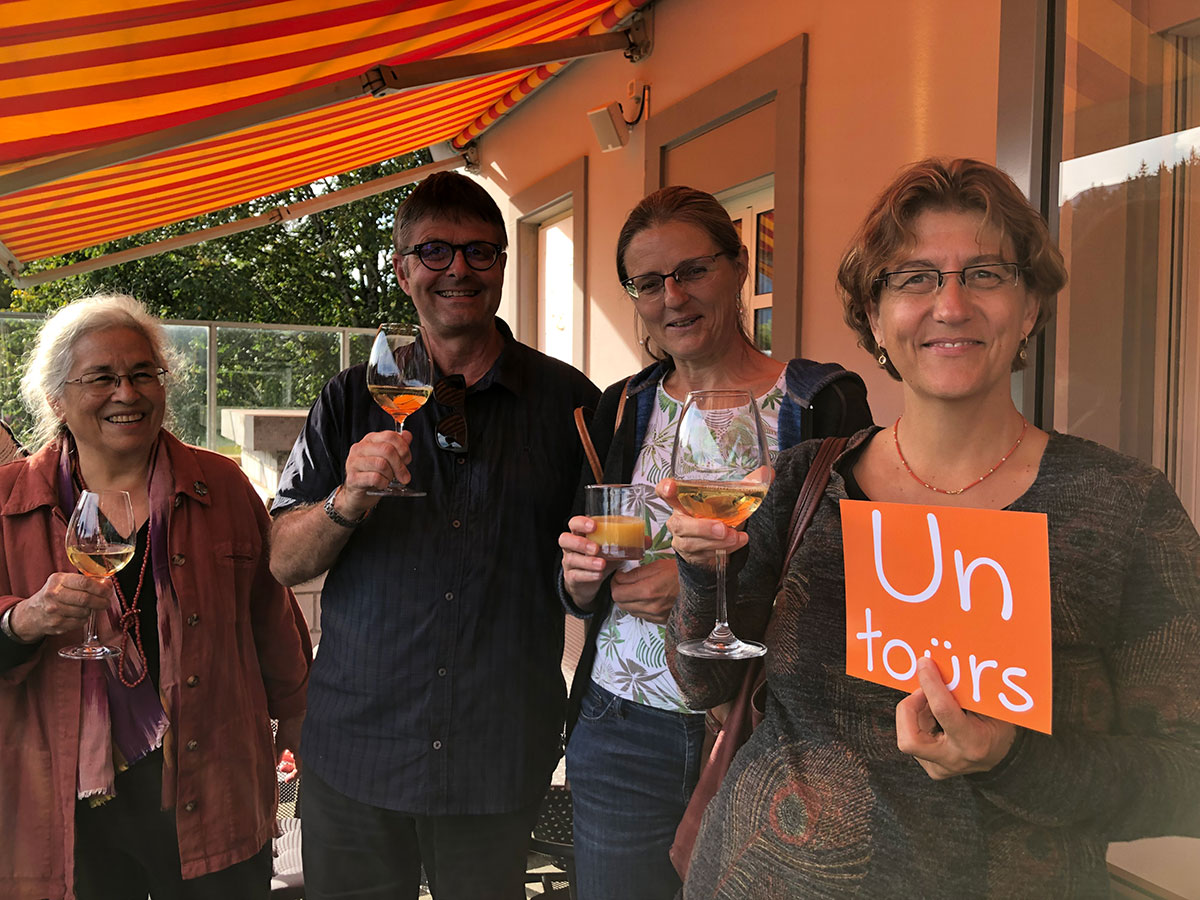 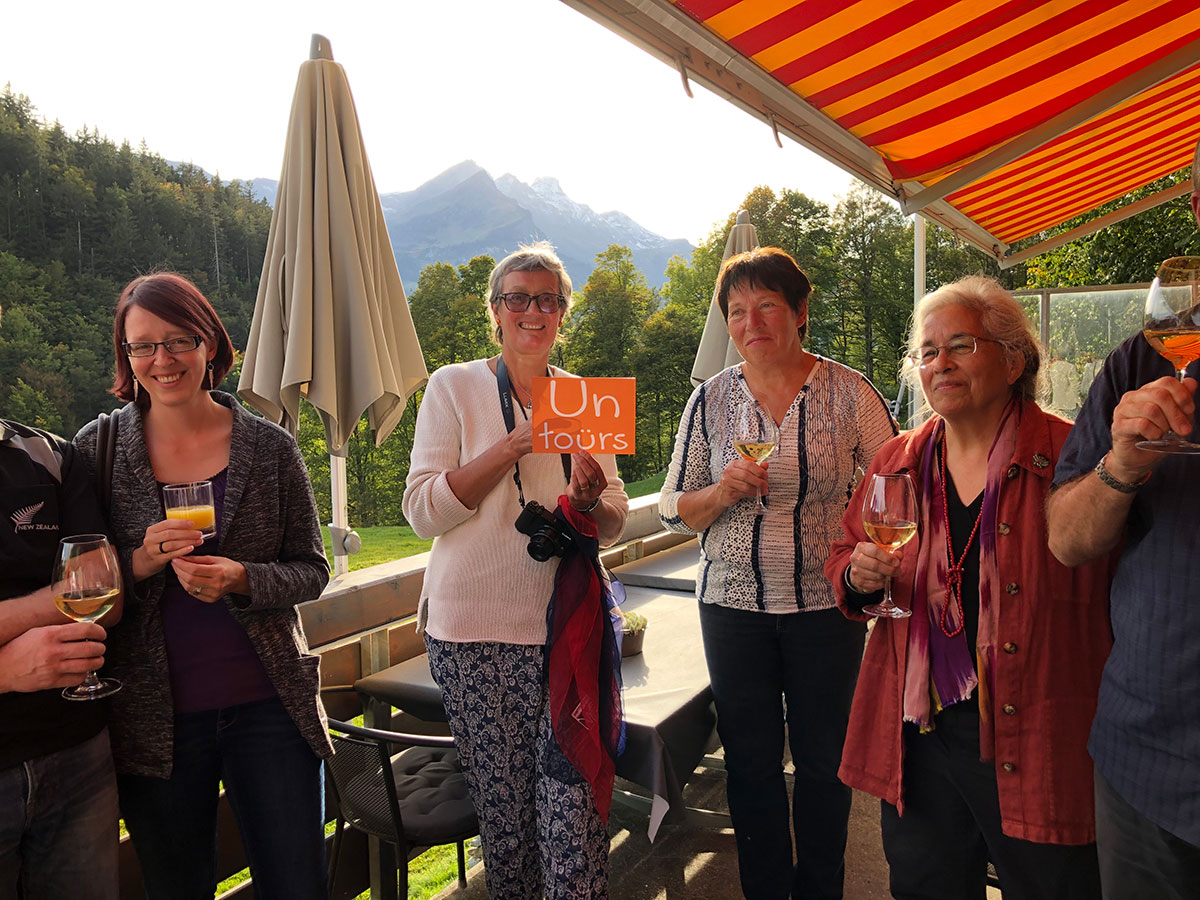 Sonja Luck, our former staff person from Ticino (center, with sign) joins a toast of family and friends. 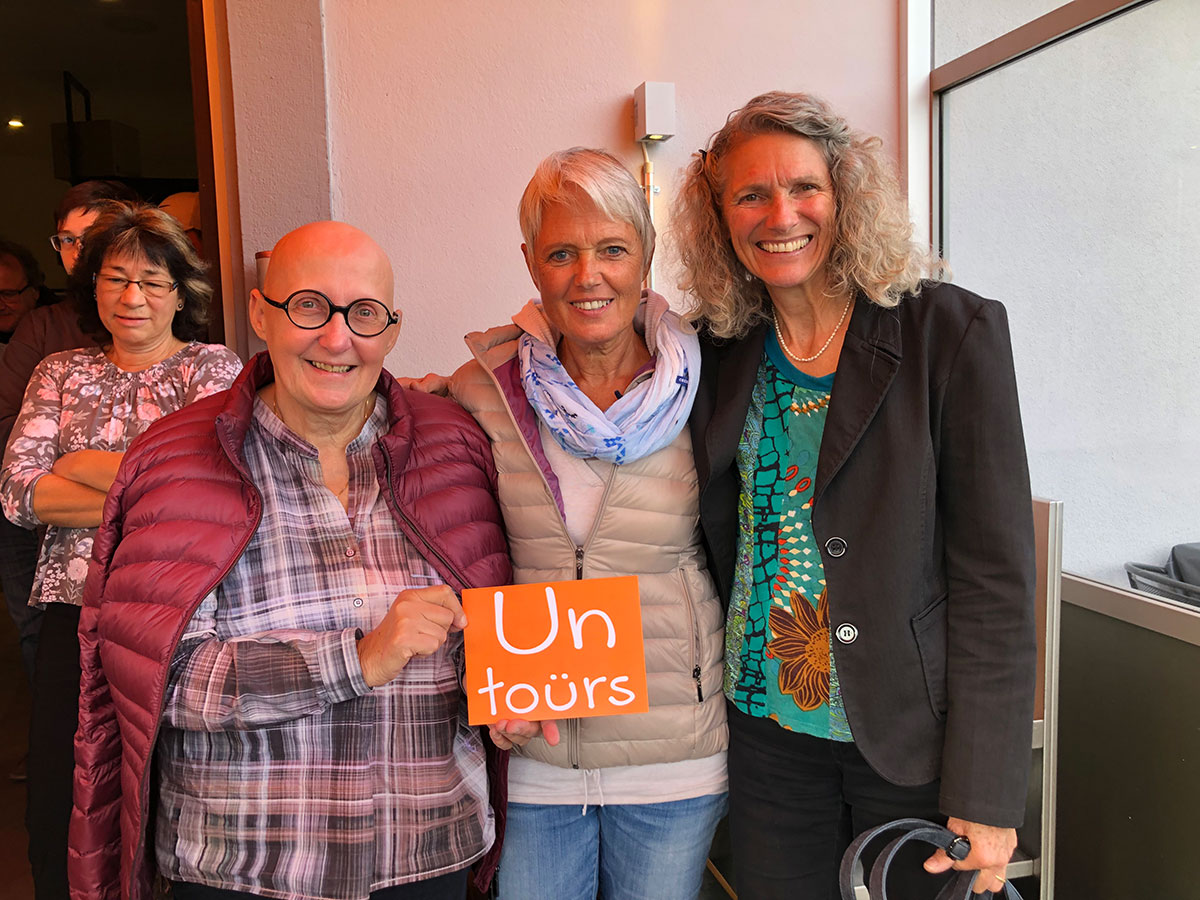 Marietta Gugger, Agnes Moser, and Sonja Zurbuchen, are all former Swiss staff from the Oberland Untour. 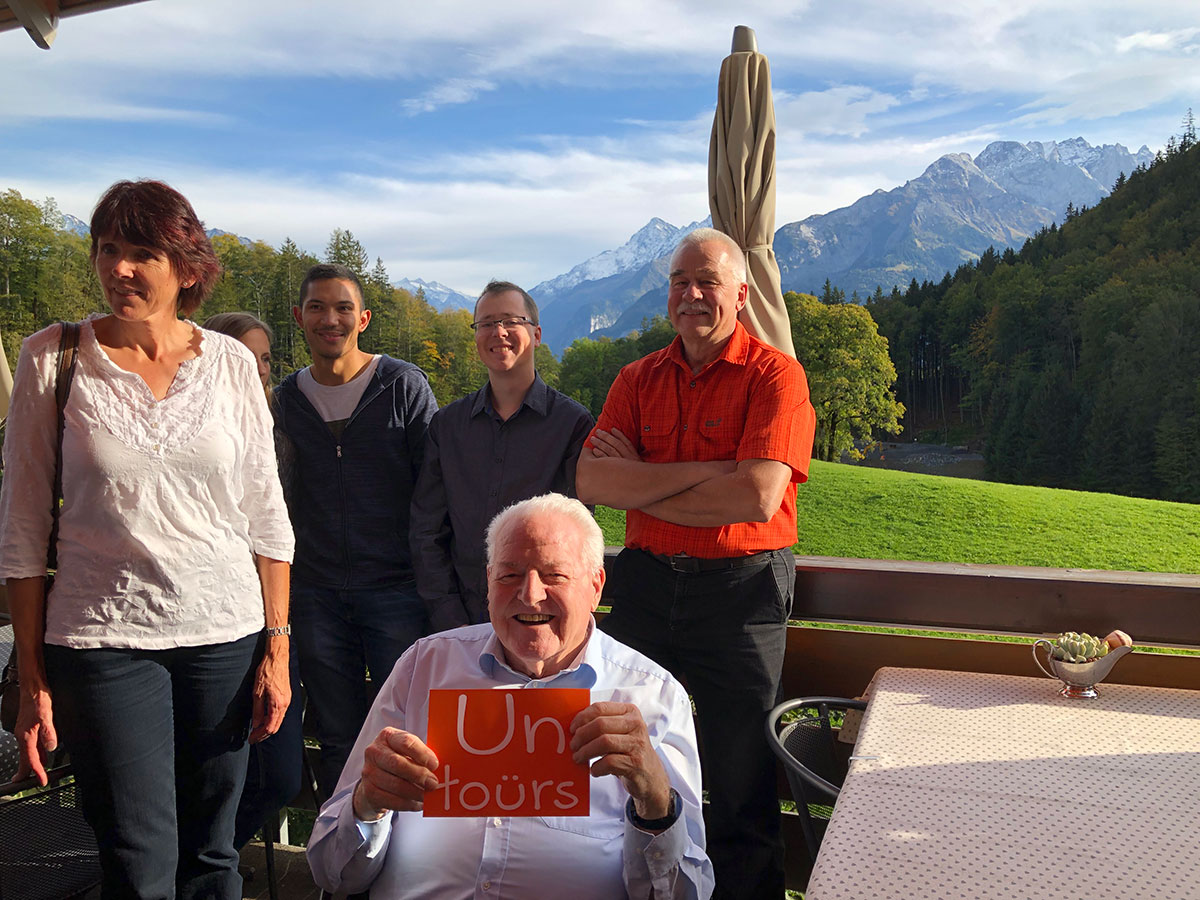 Margrit’s family joins Albert Greutert (with sign) on the terrace. 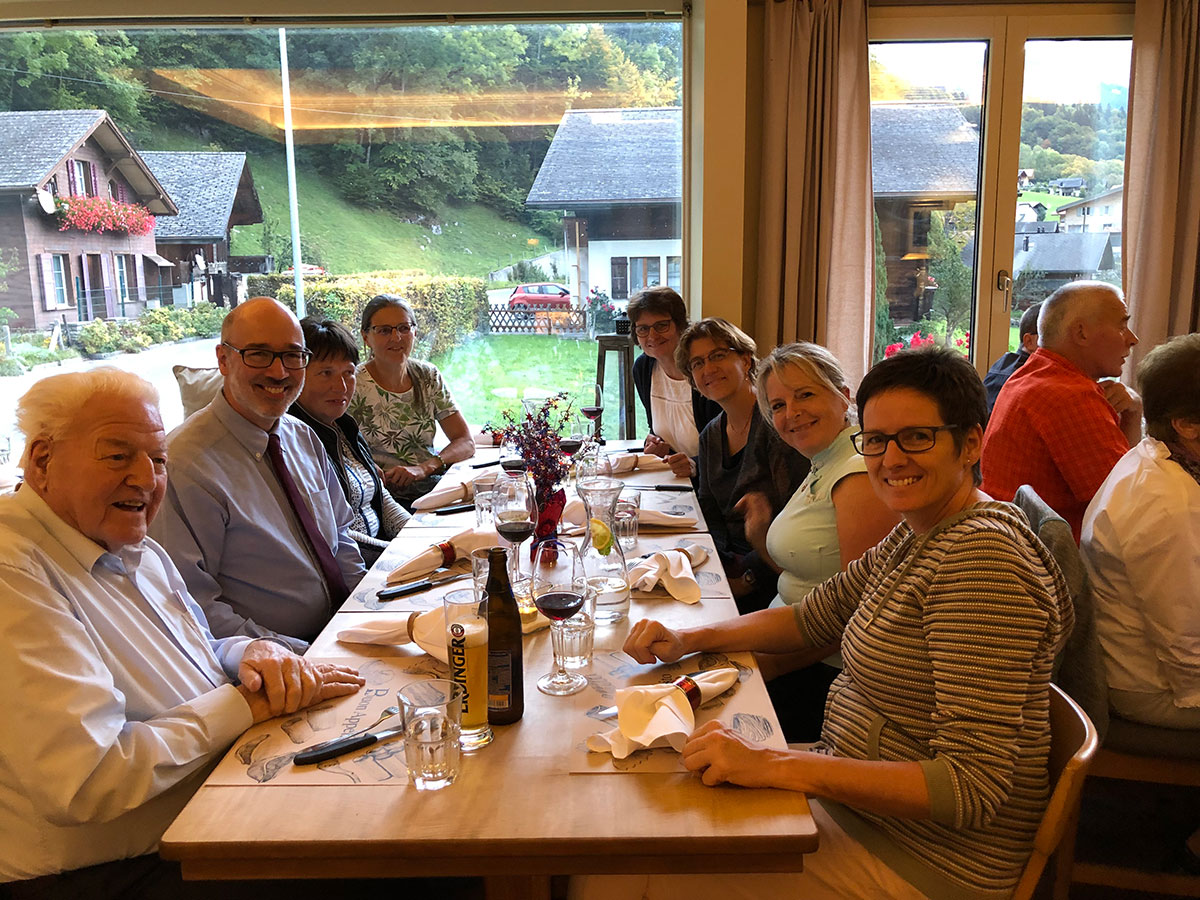 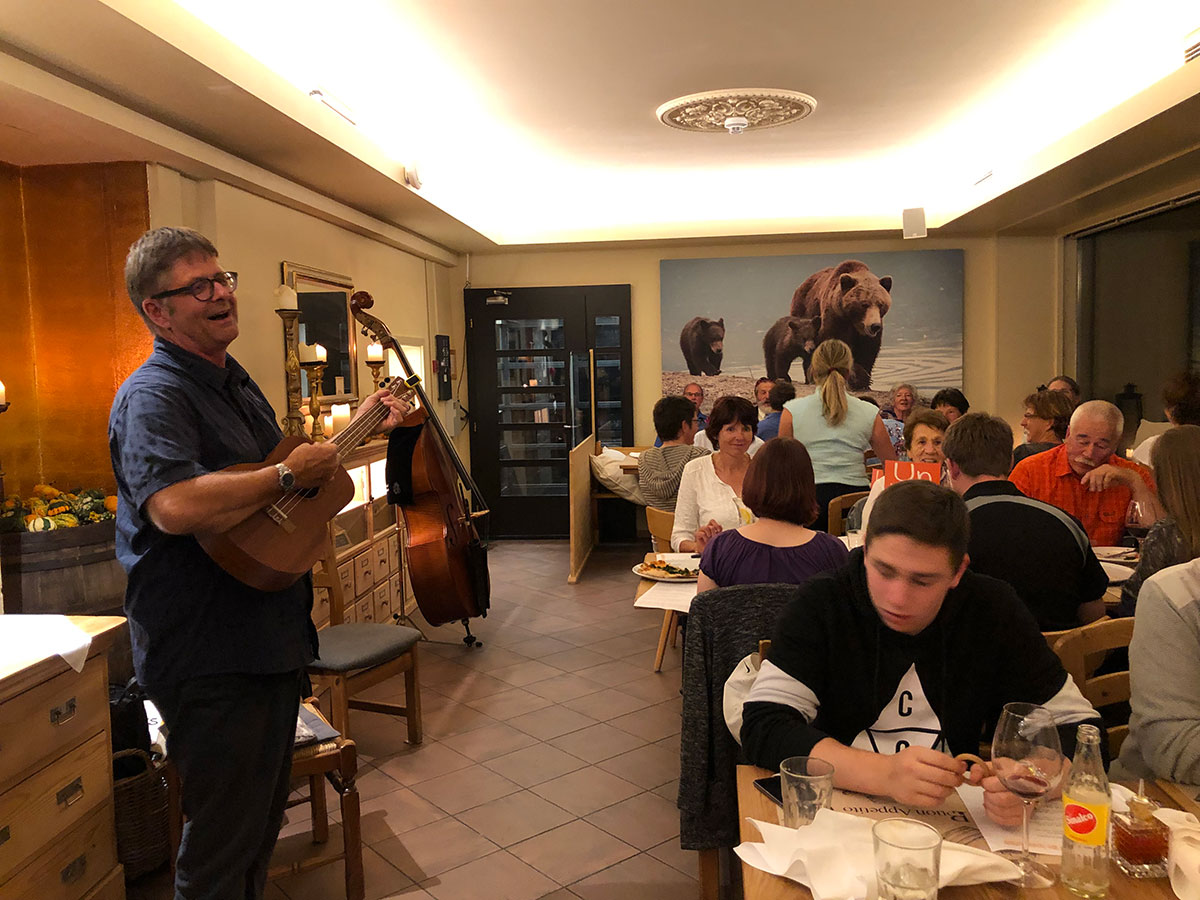 Guests on our Swiss Oberland Untour recognize Urs, who enjoys singing and even yodeling for his guests. For the party, he performed a special song he wrote in honor of Margrit.

Come experience the program that Margrit helped build. We’ll see you in Switzerland for an Untour.