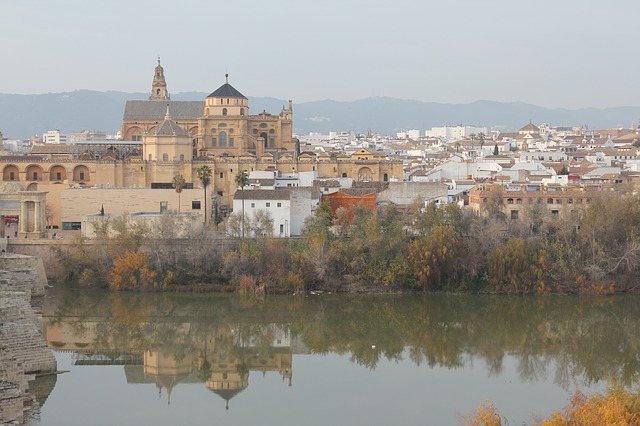 Cordoba is a beautiful, multifaceted city where the legacy of multiple religions and civilizations interact and overlap. The old Arabic and Jewish quarters surround the Mosque, where crooked narrow streets still possess the feel, taste, and smells of ancient times. History has settled here in rich and complex ways, making it a compelling home base for an Untour.

During the Roman era, Cordoba was a huge metropolis known for being the birthplace of Seneca. The Romans left their mark in the form of monuments like El Puente Romano, the old Roman bridge.

In Arab times it was one of the most important cultural centers in the world, and architectural reminders of its wealth are an important part of the city.

The Medina Azahara is an old palace built by the Arabs just before Cordoba was retaken by Christians. Nowadays it is in ruins, but you can appreciate the magnificence of this splendid place in the outskirts of town.

La Mezquita is perhaps the city’s most important sight, its UNESCO-recognized mosque. It was built under the order of Abd al-Rahman I, the first emir in Spain, around 760. A succession of emirs built and added to this beautiful mosque for over 200 years. In 1236 the Christian troops invaded the city and built a cathedral in the middle of it.

Jewish culture was also important in the city until the 17th century, particularly during the Moorish occupation. Its influence can be seen in La Juderia, the atmospheric old Jewish quarter where narrow streets, white-washed walls, wrought-iron grilles, and flowers bursting from the tiled patios make the most colorful maze.

Cordoba’s Archaeology Museum is a perfect place to put its various phases of history into content. It is one of Spain’s most important such museums, containing regional artifacts from ancient times through Al-Andalus, the period of Arabic rule.

The museum itself inadvertently tells the story of Cordoba and its eclectic history. The collection was housed in a Renaissance palace and courtyards, but in 2011 a contemporary annex was completed, its clean, modern lines and exhibit spaces built to complement the historic palace. But in the course of its construction, builders unearthed an ancient Roman Amphitheater, which was protected and worked into the design, so museum visitors can visit it in the museum’s lower floor.

See Cordoba on an Untour and explore the riches of its long and colorful history!