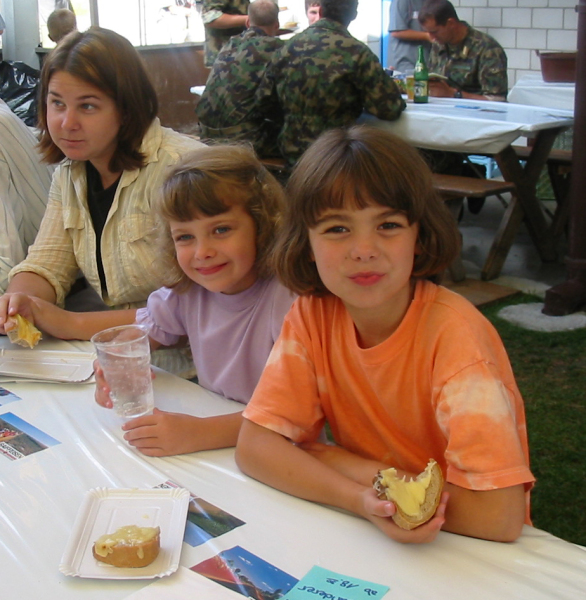 One definition of culture that I have always liked is:  Culture is groups of people solving problems over time. )  And no where is that more ably illustrated  than the answer to a seemingly simple question:  Why do the Swiss make cheese?

There are many cultures that have cheesemaking as part of their culture, of course, but few that are more associated with cheese than Switzerland.

Why is that?  The simple answer is….they use what they have.

Unless you count the tourists who come to see its incredible beauty, the Swiss Alps do not have a lot of natural resources.  Making a living there is no easy task.  Anyone who has ever visited Switzerland will tell you that the Swiss are hardy people.  Tthey have created a bountiful, prosperous way of life, in a terrain that is as difficult as it is beautiful.  They deserve tremendous credit for both their inventiveness and their determination.

Oddly, the story behind Swiss cheese is a testament of those qualities.

The link between Switzerland and cheese begins with a simple quirk of geography.

Cows + Grass + Mountains (and not much else) = Cheesemaking

Lots of places have mountains, but the Swiss alps have particularly grassy mountains.  In fact, the word “alp” actually does not mean mountain.  It means the grassy meadows high in the mountains.  And the Alps (the mountains) are called the Alps, because these mountains are dotted with lots and lots of wonderful grassy meadows.  Many Swiss Untourists plan their trips to exactly match with the wildflower season of these high meadows. It is a little like walking through a very high florist shop, the variety of those first blooms are so intense.  After the cows eat those flowers, (or the farmers mow them by hand) many of the species don’t come up again till the following spring.

So Swiss farmers, living in this steep terrain, did not have had a lot of arable land.  What they did have was high grassy meadows.  So, they made lemonade out of lemons.  Or more exactly, they made delicious Swiss cheese from a lack of arable land.

Cows eat grass.  The Swiss alpine grass is only available for a very few months of the year…and it isn’t easy to get a cow to that grass.  So Swiss villages banded together, cooperating as a group to find a solution.  Each summer, the individual farmers send all their cows up together, minded by one of their own (Often,  one entire farmer family moves.) up into the high alpine meadows. Together they get the cows up.  One of their number stays with the cows. There are a series of mountain huts (built cooperatively ) sprinkled throughout the meadows of any particular community (called gemeinde in German).  The community herd grazes together on the high mountain grass, and when one meadow is eaten down to the nub, the cowherd moves to the next meadow, where there’s another hut, where he can live.

Cows give milk.  However, milk is not such a very useful thing to have, if you are on the very top of a very high mountain far away from everyone.  How will you get the milk to the people who want to drink it before it spoils?

And that‘s why the Swiss make cheese.  They had had a problem, and, as a people, they solved it, over time, and taught their descendants how to keep solving it.  They had cows, they had grass, but they didn’t have them near to the market.  So they made the milk into cheese, thereby preserving it, so that they could sell it later and make their living.

But, as is so frequent in life….one problem solved leads to the next problem . If the cows, owned by individual farmers, all graze together, and are milked together by the summer cowherd….how do they know how much cheese each farmer gets?

Being Swiss, they have devised a clever and precise way to manage that problem.  Periodically throughout the summer, the milk from each cow is weighed, after milking, and it is the weight of the milk that determines the portion of cheese that the cow’s owner is entitled to at the end of the season.  Handing over the cooperatively-made cheese to the individual farmers at the end of the season is an occasion, and a heck of a party,  called Chaseteilet (literally, the dividing of the cheese.)

There’s very few things that a Swiss Untourist enjoys more than going to these high alpine festivals at the end of summer.  It’s a wonderful place to bring kids, or grandkids.  There’s food, dancing, all kinds of competition  — mountain wrestling, flag-throwing, yodeling  (Hey, those cowherds had to think of something to do, in those long summer days away from it all up high in the mountains.)  If you take a Swiss Untour in the late summer or early fall, don’t miss the dividing of the cheese celebrations.  The sober Swiss tend to throw off their cares, and lift their glasses with enthusiasm, during these occasions.  Sitting with them, and watching their year of labor come into fruition is an unforgettable experience.  It’s a delicious way to see culture in action  — the solving of a problem that a group of people had over time is in the mouth-watering cheese on your plate.

(for yet another wonderful photo essay on the delights of the traditional cheesemaking, click here)

To stay near to this wonderful traditional culture, choose a chalet in the Hasliberg villages of Reuti, or Hohfluh in the Swiss Heartland, or Frutigen and Kandersteg in the Swiss Oberland..

Next week’s culture clue:  why Swiss cheese is Swiss.