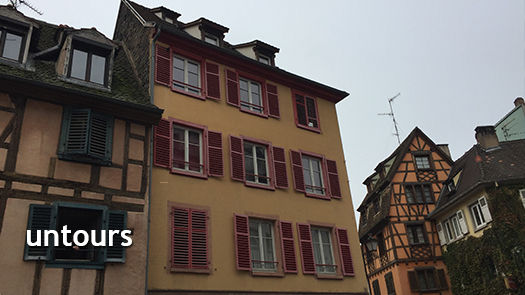 One of our favorite day trips on our popular Alsace Untour is a nice break from the bucolic countryside and wine road. Strasbourg is the biggest city in the Alsace region, with a population of close to 800,000. It has been at an international crossroads for centuries. It wears its rich history in the cabled buildings and church-studded cobblestone lanes of its historic core. 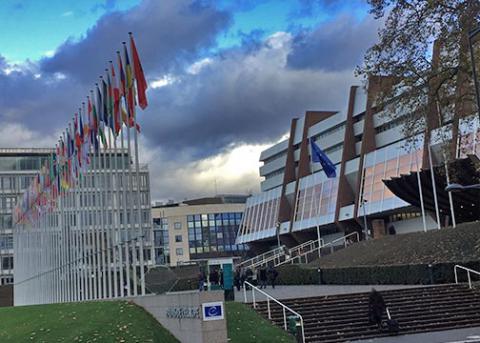 Global crosswinds also touch the architecture of its contemporary global institutions, on the modern edges of the city. You’ll find the European Parliament and the Council of Europe centered here. Both institutions and others draw workers from all over the EU and perpetuate a cosmopolitan air and energy in this regal city. 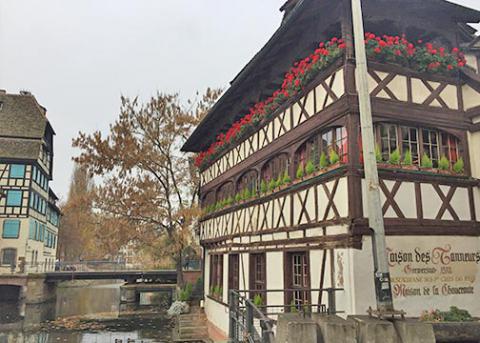 Weave your way through the narrow maze of canals and lanes of Petite France. This neighborhood on the western end of the Grande Ile was home to the city’s fishermen, millers and tanners in the Middle Ages. It is in the center of the city’s history and holds some of its quaintest lanes, picturesque and packed with tempting restaurants and cafes. 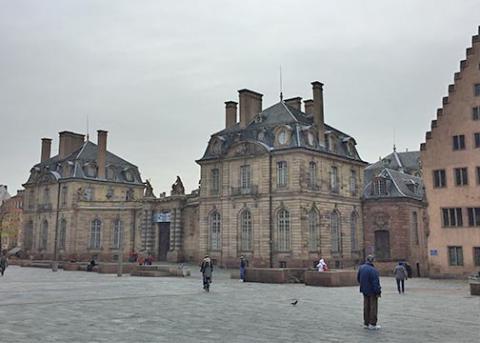 The Palais Rohan is a grand 18th century palace that captures French gothic architecture in its prime. The sprawling palace houses three museums, all well worth visiting: a splendid fine arts museum, an archeology museum full of important local artifacts, and a museum of decorative art that offers a surprisingly rich experience, as you can stroll through decadently decorated period rooms and gaze upon shelves of impressive silver, vases, and period furniture. 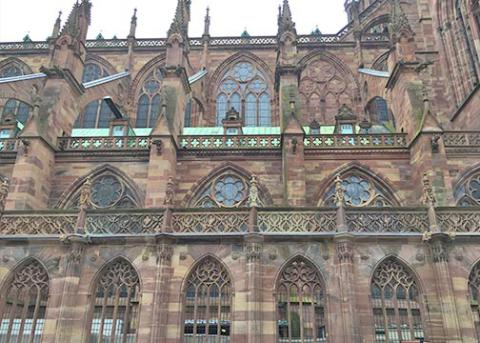 And of course directly across from the palace is Strasbourg’s magnificent cathedral. It is the tallest remaining building from the middle ages and is one of the tallest churches in the world to this day. Its soaring late Gothic architecture and legendary rose window are sublime. Its famous astronomical clock can be seen in full operation at 12:30. 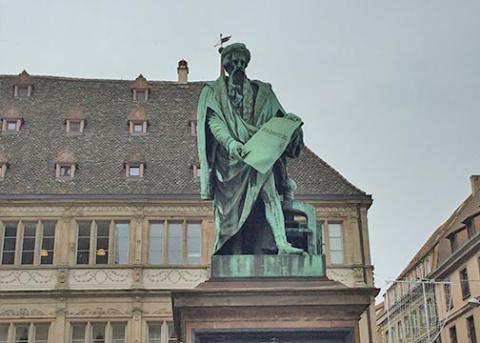 Strasbourg is yet another place with a claim on Johannes Gutenberg. The inventor of the modern printing press lived here early in his career and is said to have first revealed his idea for moveable type when he lived here, before his return to Mainz, Germany. Consider the power of the printed word as your make your way through Place Gutenberg. 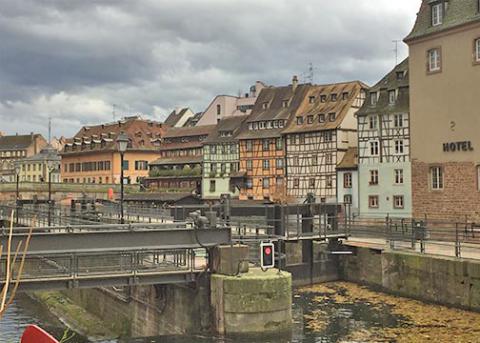 The historic center of Strasbourg is called the Grande Ile and is a large island in the Ill River, a tributary of the Rhone. The entire island was designated a UNESCO World Heritage Site in the late 1980s. A good way to get the lay of the land and water, and to take in the city’s unique beauty, is to take a small boat cruise along the river. 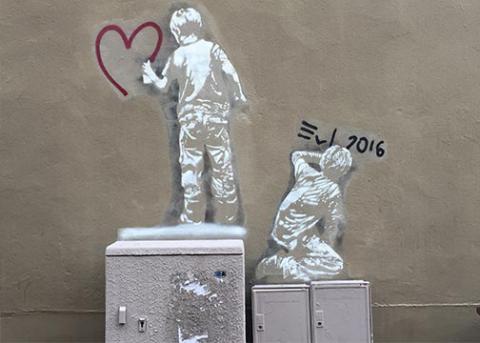 You will also find some surprisingly cool contemporary and street art here, even in the historic part of town. Like this cool Banksy-style work on the stucco of an old building near Petite France. You will find design shops and a nice collection of art galleries in town showing a range of styles that appeal to the city’s international inhabitants. 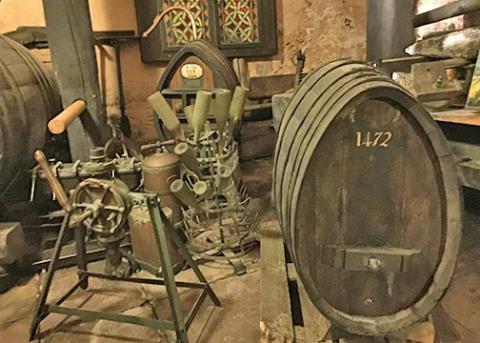 If you are interested in wine, take a little time to find the Ancient Wine Caves of the Hospital, first established at the end of the 14th century. Over the centuries, if patients did not have the cash to pay their medical bills, they would pay the hospital in wine or with land in their vineyards. The hospital continues to harvest from some of these tracts and bottles their own Alsatian wines on premises. Take an audio tour and buy a few bottles. Your purchase supports the hospital. 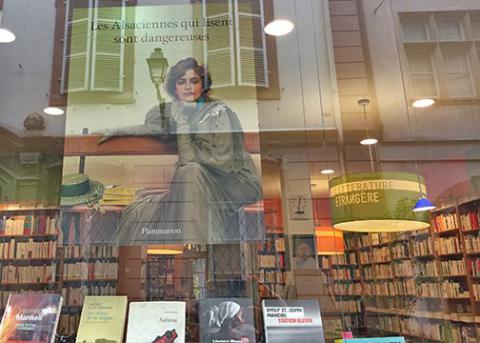 From the old world taverns and book shops to the high style department stores and art galleries, the best thing to do in Strasbourg is just meander. Gaze into its windows. Stop, snack, shop, sip, admire the architecture and amble along.

Join us on the Alsace Untour for easy access to Strasbourg. If you enjoy the quaintness of the historic neighborhood, explore the towns of the wine route. If it is the contemporary city energy of Strasbourg that feeds your soul, hop the train to Basel, also accessible from our Alsace Untour. Alsace has something for everyone, or every mood.