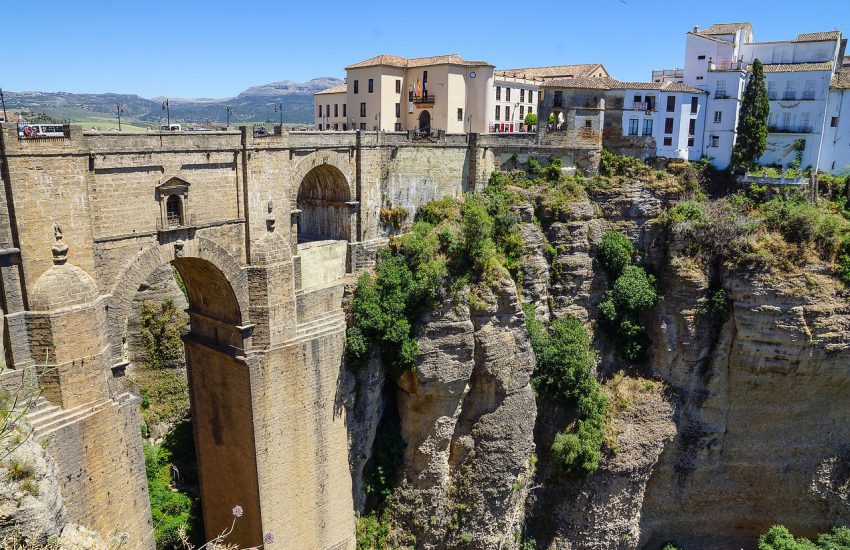 Located within easy day trip distance of our Untours in Cordoba and Andalusia in Southern Spain, Ronda is an exciting day trip!

Because of its high perch in the mountains, Ronda is often referred to as The Eagles’ Nest. Standing atop a towering plateau, a plunging river gorge, El Tajo (ravine), divides the city into two. On one side of the gorge is the old Moorish town, which contains many historic edifices and on the other side is El Mercadillo, a newer urban development. El Mercadillo, the modern area is the main shopping area and where the bull ring can be found.

The 18th century Puente Nuevo spans El Tajo and provides access to the two sides of Ronda, with the Guadalevín river flowing far below. The bridge offers spectacular views of the Serranía de Ronda Mountains. 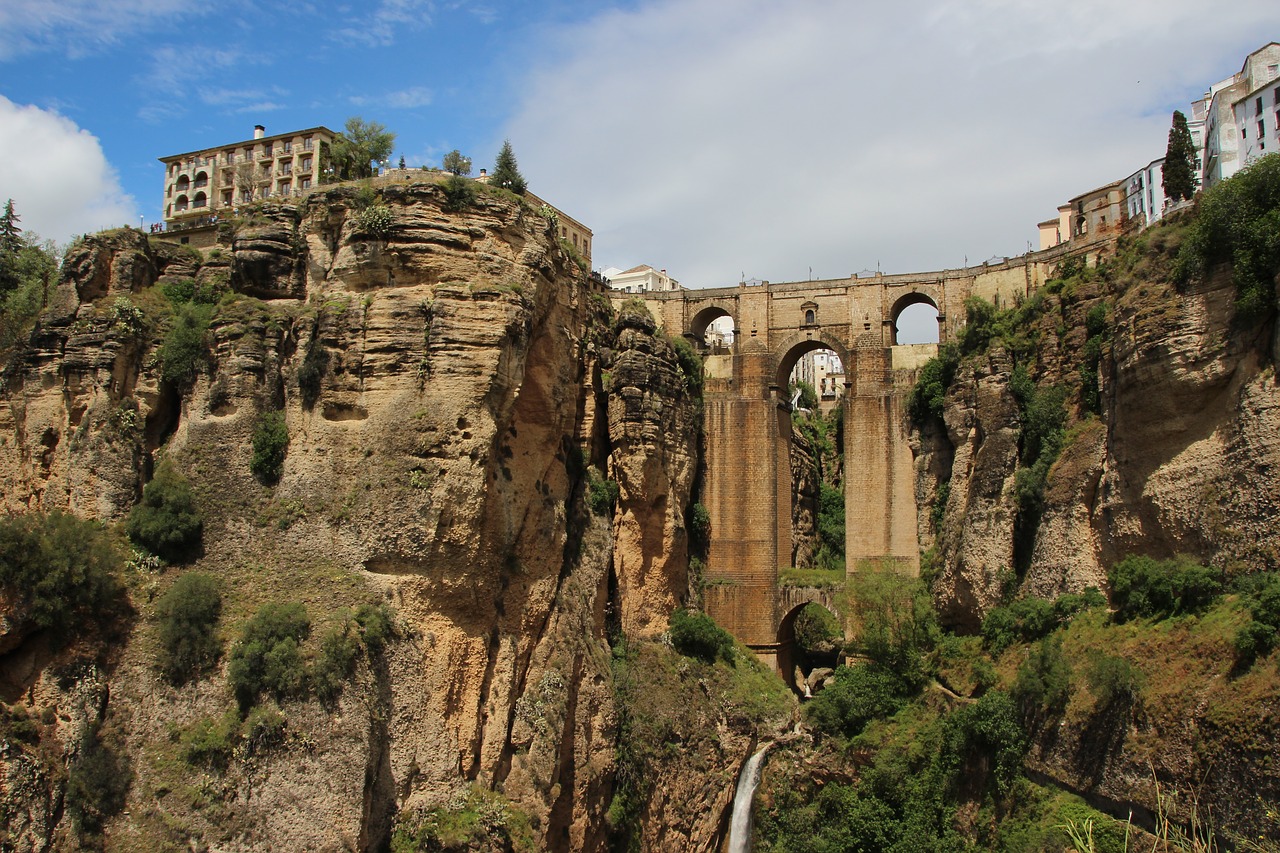 Most of the town’s historic sights are located in the old Moorish part of town. The 18th century mansion, the Casa del Rey Moro, was built on the foundations of a Moorish palace and from whose gardens you can get splendid views. If you’re willing to take the 365 steps down, and back up, to the viewing balcony, you get a great view of rock walls and the gorge’s birdlife.

Similar to the one in Jaén, Ronda’s Baños Arabes (hammam or baths) employs fantastic brickwork with star-shaped windows but, unlike most Moorish baths, octagonal brick columns hold up the horseshoe arches.

The Iglesia de Santa Maria la Mayor, incorporates a 13th century mosque, notably the base of the Mudéjar belfry, and stands in the loveliest square in Ronda. Don’t miss the Palacio de Mondragon, which also houses the city’s archaeological museum.

Ronda is the birthplace of the modern form of bullfighting, though now held one is only held annually in September at the spine-tingling Feria Goyesca Festival. The bull ring, Real Maestranza de Ronda, at the Plaza de Toros is otherwise a museum where visitors can explore the arena and the history of bullfighting. It is a fascinating window into the culture even if you are not a fan of the idea.

Enjoy all the natural beauty and town charm of Ronda on a future Untour in Spain.