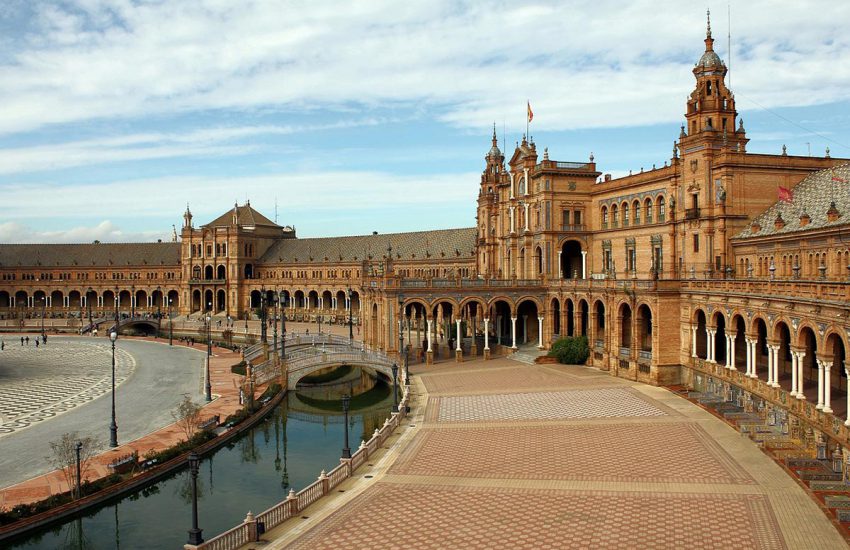 Sevilla is a fascinating city, a superb day trip from both our Andalusia Untour and our new Cordoba Untour. Packed with splendid architecture and beautiful lanes for strolling, Sevilla never disappoints.

Lose yourself in the maze of intimate barrios that make up this magnificent city. Though it is a relatively large city, at its heart Sevilla is a constellation of delightful neighborhoods. 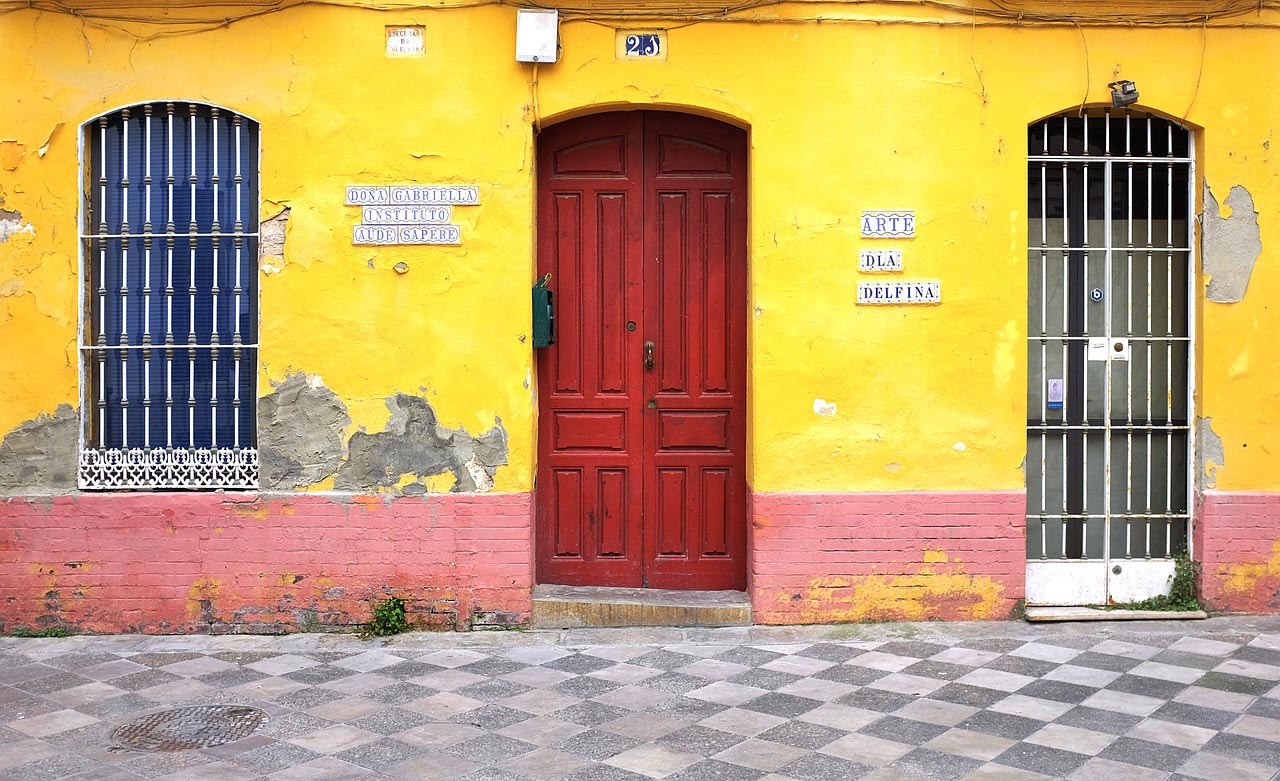 The barrio of Santa Cruz, formerly the Jewish quarter (Juderia), is a great place to start. Its narrow white-washed alleys, wrought-iron work, flower-bedecked patios, and squares shaded with orange and palm trees appear as they might have in the 17th century, when the area housed much of Sevilla’s high society.

Now, atmospheric restaurants, bars, and cafés spill out into numerous squares and pedestrian zones during lunch and evening tapas.

Santa Cruz holds some of Sevilla’s most famous sights, including the cathedral and its bell tower, La Giralda. Sevilla’s cathedral is the largest in Christendom (according to the certificate from the Guiness Book of World Records). Its sumptuous interior includes a massive 15th century gilded wood altar. 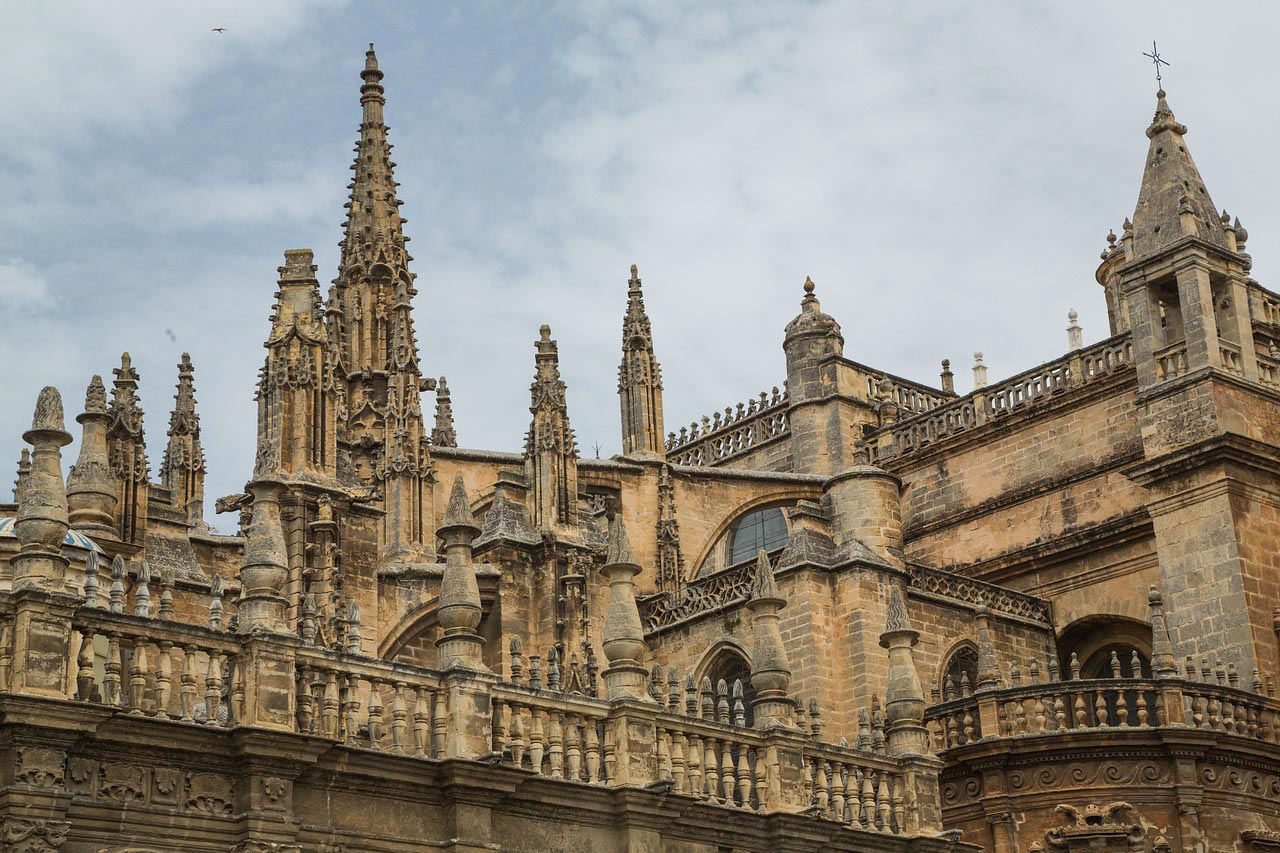 The best place to see the entirety of the cathedral is from the former minaret, now the weather-vane topped Giralda. Fortunately, the way up the Giralda is by long ramps, so it’s not as difficult a climb as stairs would be.

You will also find Reales Alcazares nearby, a complex of palaces, patios, and gardens. Construction started during the Moorish occupation and continued after the Christian reconquest, mostly in Mudejar style. This exotic palace was built as a love nest and incorporates the best of Moorish traditions: horseshoe arches, glazed tilework, and wood ceilings. 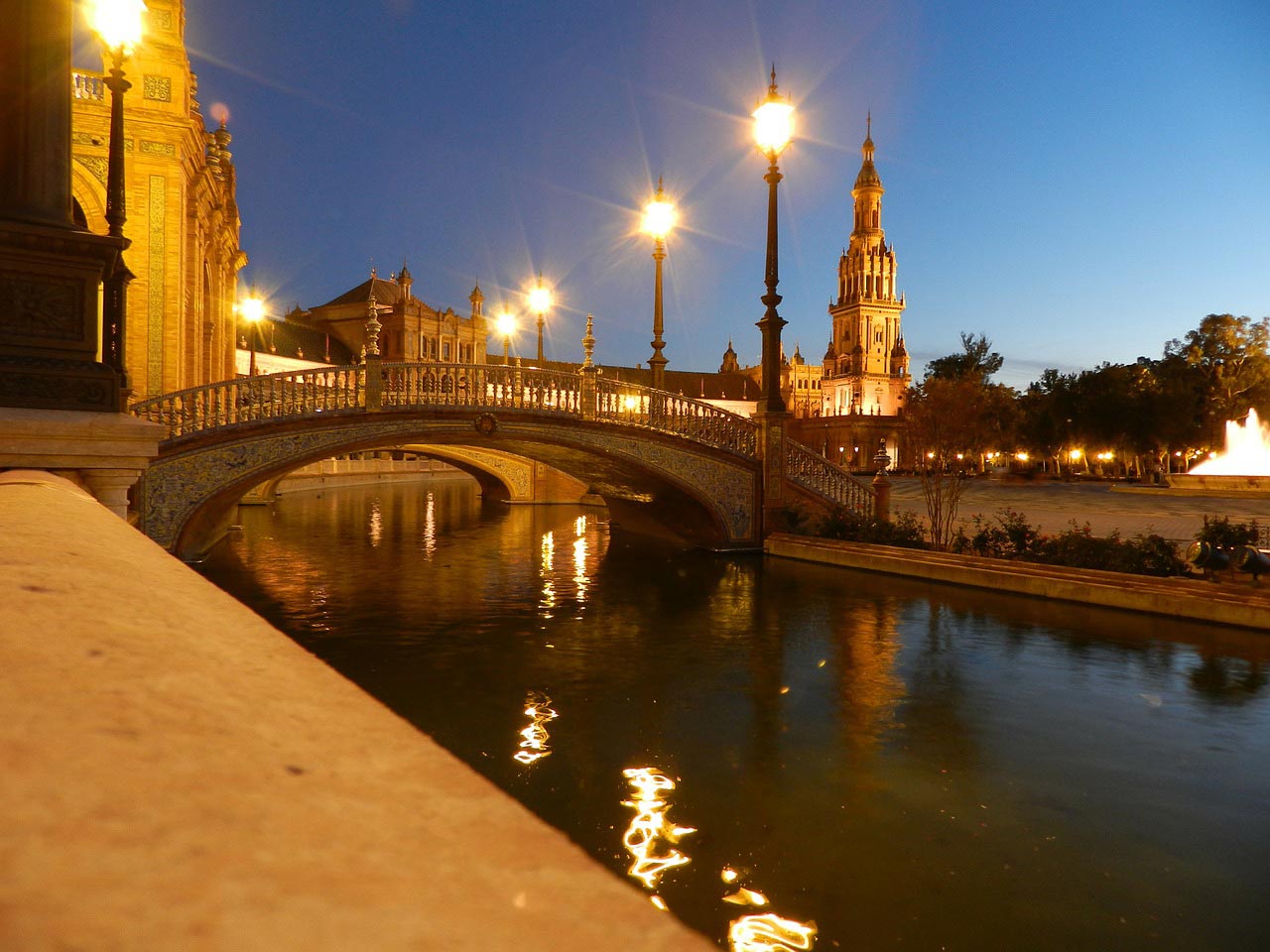 Moving west in Sevilla, the barrio of El Arenal borders the Guadalquivir River. Here you will find a refreshing tree-lined promenade for walking off your tapas and sherry. The neighborhood also hosts one of Spain’s oldest bullfighting rings, the Plaza del Toros de la Maestranza. Located south of the bullring is the Teatro de la Maestranza, home to Sevilla’s Symphony Orchestra and performing arts.

Try to save time for some of Sevilla’s other picturesque quarters, like the tradition-bound La Macarena in the north and Parque Maria Luisa to the south, where the university and grounds of the 1929 World Exposition remain. Across the river, the Triana district deserves a visit. 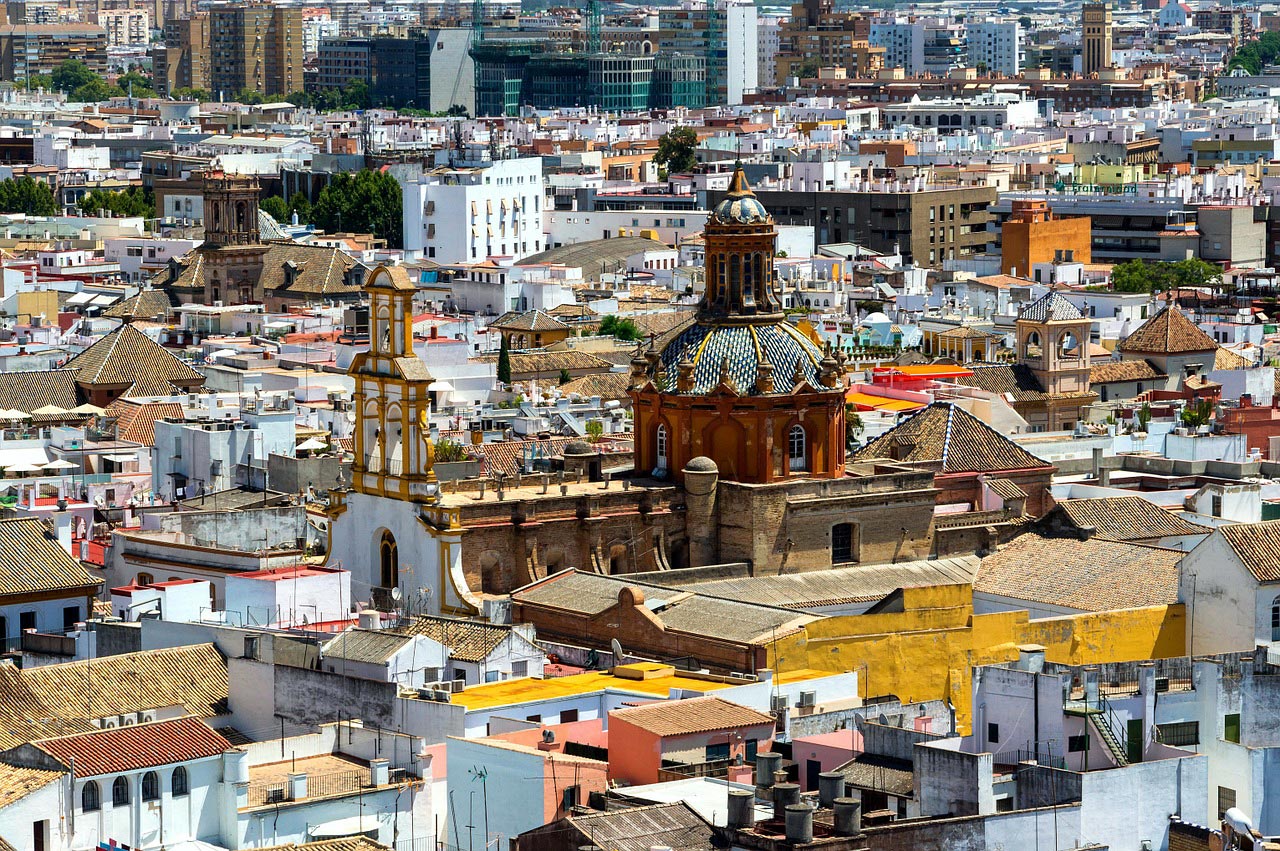 While in town, be sure to visit La Casa de Pilatos. Named incorrectly after Pontius Pilate, this is one of Seville’s most opulent mansions. Built in the 15th and 16th centuries, it’s a mix of Mudéjar, Flamboyant Gothic and Renaissance styles, and adorned with numerous classical sculptures, including a 5th century Athena and important Roman works.

For those interested in art, Museo de Bella Artes is an important stop. Second only to the Prado in its range of great Spanish paintings, the museum has one of the country’s finest art collections. Housed in a lovely 17th century convent, the collection is heavy with works from the Sevilla School, including Cano, Murillo, and Zúrburan.

Enjoy your day in Sevilla! We’ll see you in Spain.