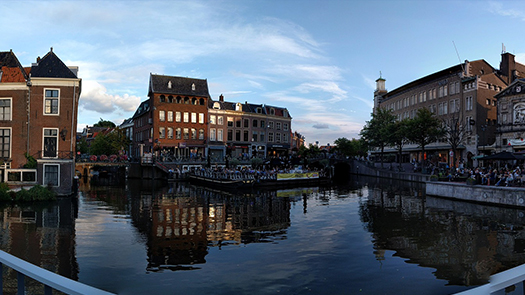 Leiden has it all! This charming Dutch Untour hometown is laced with peaceful canals and endowed with an important university, the oldest in the country founded in 1575. With its bustling market, vibrant street life, and excellent train access to Amsterdam and the rest of Holland, it is a fabulous base for exploring the Netherlands.
But there are also a lot of reasons to stay put. The city’s museumscape is impressive. Here is a rundown of some of the best museums in Leiden.
Hortus Botanicus (Rapenburg 73)
The university’s botanical garden is Holland’s first and one of the oldest in Europe. It’s a peaceful place to stop and rest in the midst of the bustling city. Near the exit, off to the left and across the canal, a red door leads to a replica of the original 17th century garden, the Clusiustuin, named after the botanist who brought the tulip to Holland and started tulip mania. It is said that a direct descendant of the original bulb still blooms here each year.
Molenmuseum “De Valk” (2e Binnenvestgracht 1)
Only a five minute walk from the station, one of Leiden’s best known landmarks is also a delightful little museum inside of a restored grain mill, dating from 1743. The downstairs is furnished in charming period style. Upstairs are tools, and a film to provide background information of the development and workings of one of Holland’s best loved icons. Climb to the top for a spectacular view!
Rijksmuseum van Oudheden (Rapenburg 28)
The National Museum of Antiquities is Holland’s principal archaeological museum, and one of Europe’s most impressive. You can see the 1st century Temple of Taffeh in the entrance to the museum, given to Holland in recognition of its efforts to help rescue Egyptian treasures during the construction of the Aswan Dam. The condition was that no one should have to pay to see it, and that the lighting overhead must simulate the passage and shadow of the sun.
Stedelijk Museum “De Lakenhal” (Oude Singel 32)
Leiden was once a prospering wool trading town, and ‘The Cloth Hall’ was the administrative center of the industry. Later converted to a municipal museum, it houses an impressive tile collection, a famous triptych by Lucas van Leyden, works by Rembrandt and Jan Steen, and an exhibit on the history of Leiden that is worthwhile, especially for the painting of Burgemeester van der Werff, offering his body as food to the weakening citizens.
Museum Volkenkunde (Steenstraat 1)
In the permanent exhibition, visitors will embark on a journey around the world. You will see collections from Africa, China, Indonesia, Japan, Korea, North and Latin America. There is a lot of attention given to the historic development of these different cultures. After your visit, you can also taste the world at the museum restaurant. 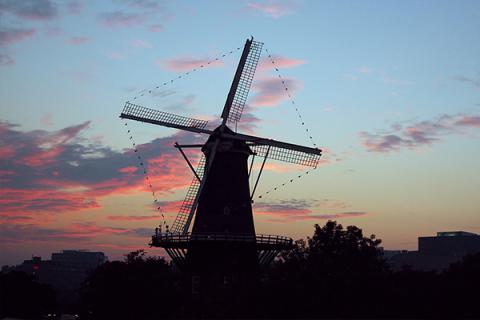 SieboldHuis (Rapenburg 19)
This museum houses a fine collection of Japanese art and artifacts. Dr. Phillip von Siebold was allowed into Japan at a time when foreigners were not permitted, with instructions to collect as much as he could about what was then a relatively unknown culture. The six thousand objects he brought back form the most famous representation of Japanese culture in the world, and many Japanese travelers make a pilgrimage to Leiden just to see them.
Museum Boerhaave (Lange St Agnietenstraat 10)
Look for the banner along the Haarlemmerstraat that points the way to this unusual museum of natural sciences, medicine and instruments, named for the famous Leiden surgeon. Inside, you’ll find a re-creation of the kind of anatomy theater in paintings like Rembrandt’s Anatomy Lesson of Professor Tulp. In its 24 rooms, there are five centuries’ worth of microscopes, surgical instruments, anatomical models, prostheses, and gruesome things in jars. Anyone in the medical profession, or anyone who enjoys the unusual, will not be disappointed.
Museum Voorlinden (Buurtweg 90,Wassenaar)
Near the Dutch coast, nestled among the greenery, this museum for modern and contemporary art is a gem. A bright white building houses the rich and surprising collection amassed over the last 50 years by Joop van Caldenborgh. In addition to a changing display of pieces from its own collection, Museum Voorlinden will house temporary exhibitions and a number of permanent artworks installed in situ.
National Narrow-Gauge Railway Museum (Smalspoor Museum-Stoomtrein Katwijk Leiden, Jan Pellenbargweg 1, Valkenburg)
A great museum for train lovers of all ages (the ticket price includes a ride on a steam or diesel train). The museum has limited hours, so be sure to check the website before you go: www.stoomtreinkatwijkleiden.nl
Museum Naturalis (Darwinweg 2)
Naturalis is an ultra modern exhibition of natural history. It’s located behind the station, an easy walk of just ten minutes or so. The enchanting Zebra Walk leads to the exhibition hall, where there’s something for everyone: dinosaurs, fossils, and all kinds of beautiful displays of nature’s diversity. The museum also offers a free shuttle back into town, stopping at four locations close to principal attractions, but you must have a ticket from the museum to board; to get there, you’ll have to go on foot or take a taxi from the station.
Corpus (Willem Einthovenstraat 1, 2342 BH Oegstgeest)
Corpus lets you experience a journey through the human body in 55 minutes. You will get a close look at the human body from the inside, and learn all about its functions. Afterward you can walk through an interactive part where you can play games and do tests about your own body.
Leiden American Pilgrim Museum (Beschuitsteeg 9)
Located in a beautifully preserved house built around 1375 near the clock tower of the Hoogland Kerk, this museum tells the stories of the Pilgrims’ eleven years in Leiden, where they sought refuge from religious persecution until they began to emigrate to America in 1620 on the Mayflower. Furnishings from Pilgrim times show aspects of daily life, while the story of the Pilgrims themselves is illustrated with a collection of sixteenth and seventeenth-century maps and engravings by such artists as Gerad Mercator, Adrian van de Venne, and Jacques de Gheyn.
There is so much to see and do in Leiden alone, you just might wish to book a 2 week Dutch Untour, to give you more time to see the rest of the country!