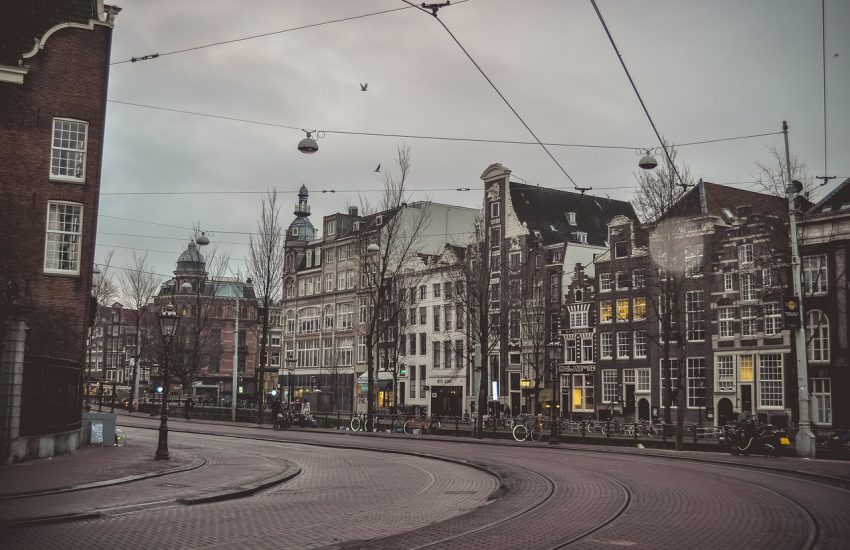 Updates and check-ins continue to pour in from Untours staff in Europe. Here is the latest from the Netherlands, an update from Edmund, our colleague and friend in Amsterdam.

Amsterdam today reminds me of Sunday mornings a long, long time ago. Deserted, quiet, and serene. This was of course before the center of Amsterdam was turned into a 24/7 amusement park.

The first confirmed case of Corona in the Netherlands was on February 27.

By March 16 public life had stopped almost completely, with cafés and restaurants closed, schools closed, museums and theatres closed, all public events and sports banned. I guess by now it is a situation all too familiar for most of you.

However, there’s a striking difference with most countries: over here the government decided on what they call “a sensible lockdown” for now.

That means a lot of measures, sure, but leaving as much freedom of movement as possible. We must keep social distance, 1.5 meters when not from the same household. Not more than 3 people together, families with children excepted. Stay at home as much as possible, limit physical contacts.

But also, do get some fresh air and exercise when you can, without putting yourself or other people at risk. This may last a while, so this prevents insanity from being locked in all the time.

The government explicitly calls upon the common sense of the people, their own responsibility, restraint.

“We have to go through this together, all of us. Rules enforced and imposed on people, that has never been the Dutch way. Let’s try and keep it like that.”

So it is a call upon patriotism as well, presented in a very open way: “This is new. There’s much we don’t know about the present and future. So be prepared for necessary changes.”

At this moment 90% of the people approve of this government policy, unheard of for the Netherlands.

And so far it works just fine. In the street, in the shops and supermarkets. That’s what I see around me, people are disciplined and polite.

Sure, one can wonder for how long. And there are incidents, for example on a couple of nice early spring days two weeks ago, when too many people went for a walk on the same beach or park. Then those places were temporarily closed, or access limited.

So overall and for now, we’re pretty free to move around. Doing the groceries. Going for a nice walk or a good bike tour. That makes a big difference.

Basically, policy starts from the underlying idea that this pandemic is unstoppable. So, let’s focus on slowing down the spreading of the virus, while building up towards natural group immunity – no short term vaccination will be possible.

We are dealing with the pandemic in a way that allows society to continue to function as much as possible, and trying to spread out the stress upon public health services.

This is why the government at first did not want to close down schools, younger people probably being less at risk. And also because it would make working from home more difficult for the parents. But under pressure, many parents feeling uncertain about this, schools were closed anyway. Although they’re still open if both parents work in “essential services” like medical, police and fire brigade, public transportation, (there’s quite a substantial list), and for children at risk in a difficult home situation.

Germany comes close. Both countries generally think pretty much the same on many issues, although the Germans are also generally much more diplomatic in communicating their policies.

The Dutch way of thinking did raise eyebrows in some neighboring countries. Borders were closed, even with our closest neighbor Belgium, except for freight transport. It’s an unheard of situation.

We’ll have to see whether our authorities will withstand pressure from abroad.

I said interesting times as well because some behavior has changed in a breathtakingly rapid way.

Working from home was absolutely unthinkable for most people. It changed almost overnight. Also schools are working fully digitally now, from kindergarten to university. 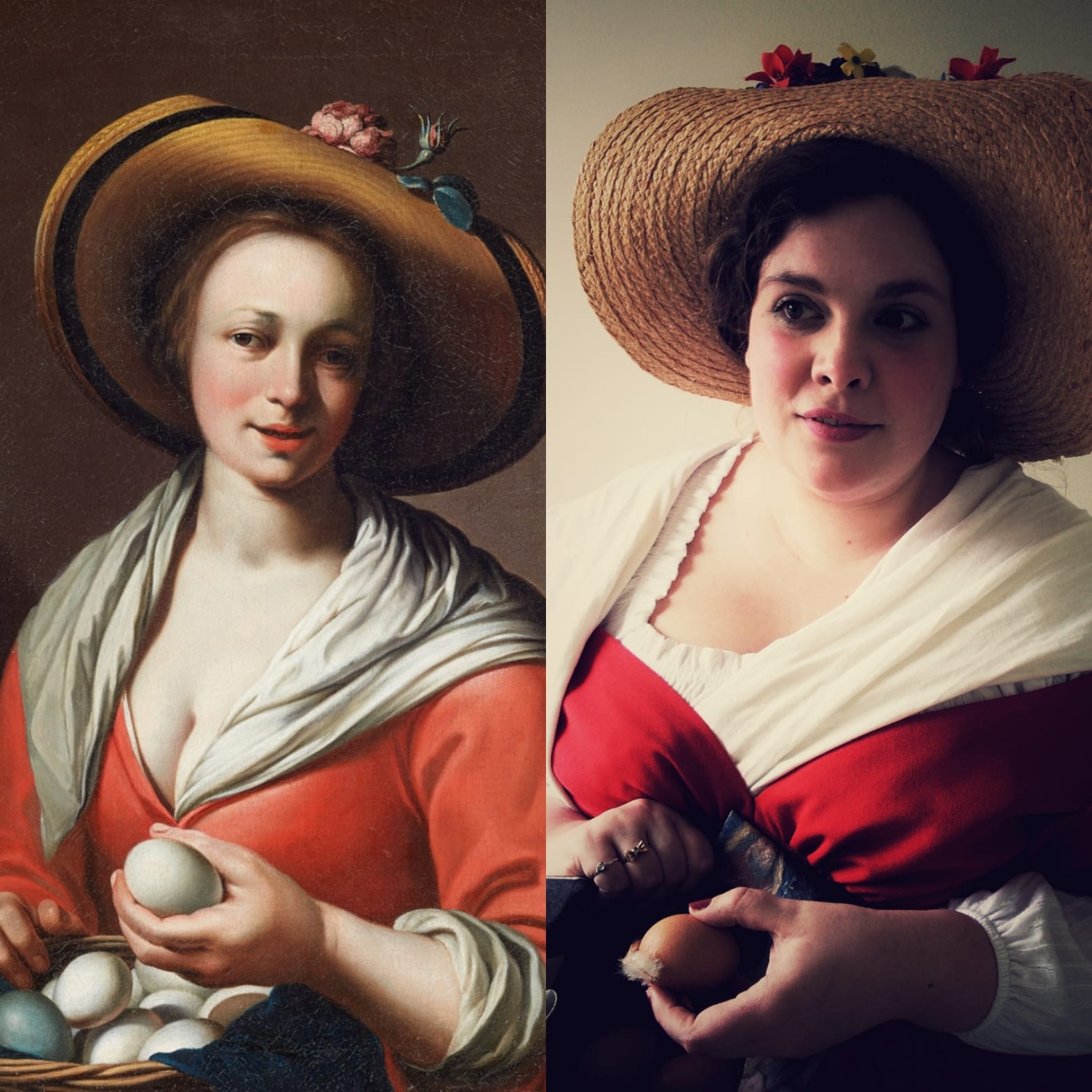 The older one is a high school art teacher, finding out that much more can be done online than schools and students imagined. Like what she sent me a couple of days ago. “Make a self-portrait inspired by…” and she made examples for her students. I picked out two to share with you. 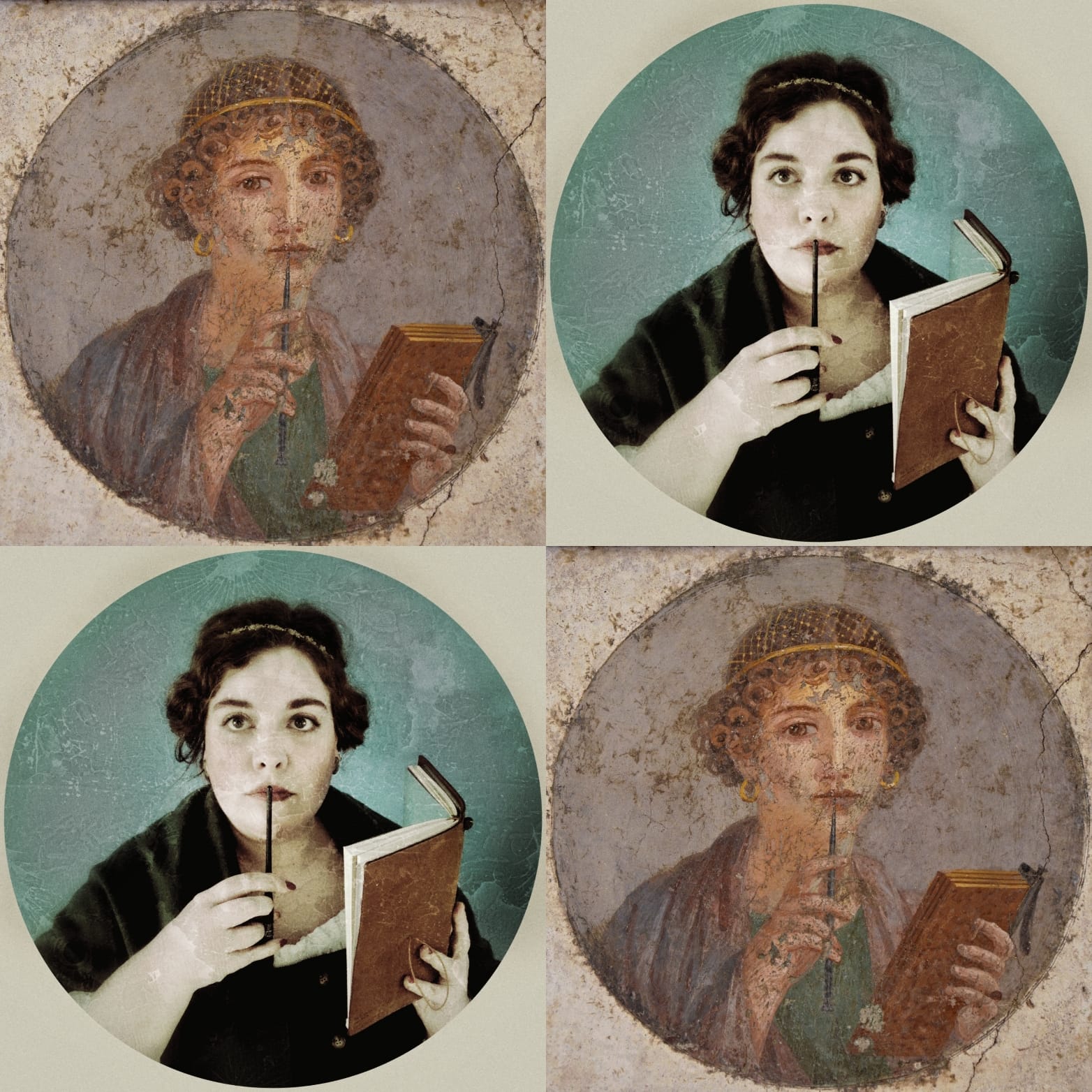 Our younger daughter is secretary of the board of a government organization dealing with market and consumer issues, which means a lot of meetings and conferences, domestic and international. Working from home, all switched overnight fully to online meetings. “If it doesn’t last too long, it works,” she says.

Even my wife and I have discovered video phoning and were asked by friends to join digital “pub quizzes” — a new phenomenon for us, both digital and physical, by the way.

So, let’s hope that when all this is over there may at least be some lasting positive effects.

For now air pollution has dropped drastically. For now there’s a new solidarity among people here, and for many there’s the surprise that life can also be enjoyed with much less stuff and background noise.

For now there’s the realization that we should tackle this together, and globally. Perhaps that will prove a bridge too far, but maybe it will at least lead to a better functioning European Union with less petty quarrelling. (Or just the contrary, of course.)

Perhaps this is a wake-up call as well, in the realization that this may not be the last one. Or the worst.

Edmond Van Putte is part of our Leiden Untour staff and leads our groups on a walking tour of Amsterdam. His website is www.guideholland.com.