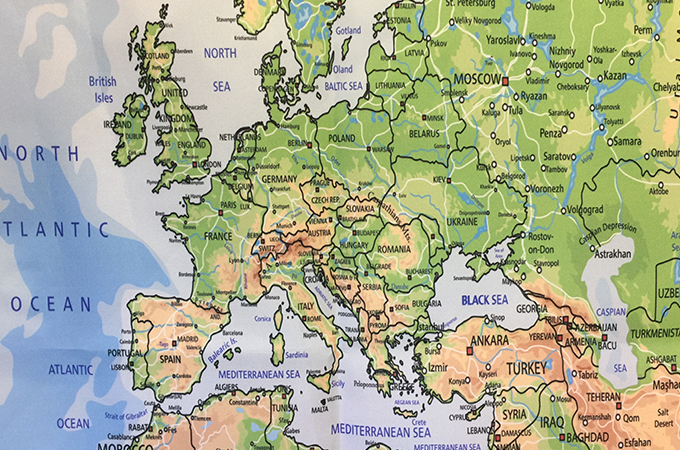 My wife, Joanne, and I travelled with our grandson Brian (then age 14) to Spain in June 2012. We decided that the ideal was to experience the Spanish countryside as well as the cities. Untours has the perfect match for that. We did a Spanish Untour Sampler – one week in Andalusia, one week in Barcelona.

We chose the farmhouse stay in Carcabuey for the first week, the fast train from Cordoba to Barcelona, and a city apartment there for a second week. We were met in Barcelona by my daughter (Anne) who joined us for that 2nd week. The four of us then flew to London for four days before returning to the U.S. Untours worked with us to put all this together and it worked out perfectly – the Carcabuey experience was great; Brian became an expert navigator for my driving around Andalusia (we visited Priego, Cordoba, Jaen, Sevilla, Granada, and Malaga).

The connection with Anne in Barcelona worked without a hitch, and the transportation passes around the city gave us tremendous freedom to explore and show Brian and Anne many of the places that we had previously experienced (Joanne and I had done a one week Roadscholar program there several years ago.).

It’s all Brian’s fault. He is studying Spanish in school and he chose (naturally) Spain for his “foreign trip” with Grandpa & Grandma. His older sister had been to London and Paris with Grandma; his older brother to Greece and London with Grandpa. Brian had to include London in his travels (don’t we all ?). A side note: when I took Brian’s brother to Greece several years ago, we included in our itinerary Nafplio, where Joanne and I experienced our first Untour.

For us, it is a “bridge.” We love travel independence. Back in our younger days we would just pick a place, hop on a plane, get there and wing it – rent a car, stay at bed & breakfasts, rarely make a reservation for anything – and had great experiences. Now we need to be more conservative, yet we don’t like the “herding around” characteristic of group travel. We find Untours a great fit – great pre-trip planning, enough put in place to provide peace of mind, excellent welcoming and orientation, and the safety net of having someone to contact if a need arises.

Orientation is so helpful and the books providing day trips and nearby cities and towns are right on target. Also, having a contact that speaks your language is a great addition, especially in case of sickness or accident.

6. Have you heard of our trailblazing Untours Foundation? What do you think of a company whose profits have gone to create jobs among vulnerable populations through loans to pioneering, green businesses?