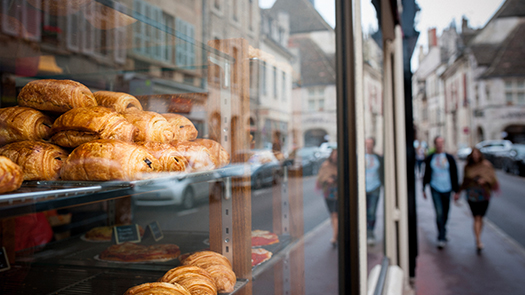 Paris is a city for foodies, a true epicurean paradise. While its restaurant scene is storied and extremely well known and documented, we have our own lesser known favorites.
Here are some of our favorite ways to eat
• Pack a picnic and head out to the Jardin de couvent pour habitant laïc, a garden open to the public and maintained by the Soeurs de la Charité: 33 rue de Babylone; Métro: Sèvres-Babylone or Saint François Xavier
• Not excited about cooking your own dinner, but reluctant to spend too many euros on a restaurant meal? Consider take out from any of the specialty food stores in Paris including the Galeries Lafayette Gourmet, La Grande Epicerie de Paris, or Café Be: Boulangepicier (3rd floor of Printemps Maison). If you visit the Cafe Be, don’t miss the breathtaking, 360° view from the Deli-Cieux on the 7th floor.
• Paris is celebrated for its haute-cuisine and for the high density of international restaurants. Due in large measure to France’s colonial past and its immigration patterns, it is one of the best places outside of North Africa to sample food from that region of the world. To sample the best Algerian sweets in Paris, visit La Bague de Kenza, which features pyramids of sweets from Algeria and a small tea room. The store is technically located in the 11th arrondissement, though it’s right on the border with the 20th. (106 rue Saint-Maur) 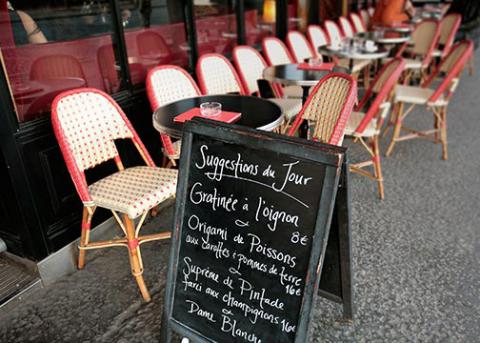 • Some other sweet shops we recommend:

• If you are looking for a great deal in Paris try the Atelier des Chefs! Take a 30 minute cooking class at lunchtime and then eat what you made. Many classes are offered by English speaking chefs. 10 rue de Penthièvre; 01.53.30.05.82; http://www.atelierdeschefs.com.
• La rue Jean-Pierre Timbaud, spanning the width of the 11th, is a great street for people-watching, food lovers and cheaper happy hours! On Tuesday and Friday mornings the  street is  heavy with bustling shoppers as the Marché Popincourt is on one end of the street. This area of Paris, often referred to as Oberkampf, is decidedly favored by younger crowds, but Astier, the most famous restaurant on this street, caters to those who prefer traditional food and the bistros of old. The épicerie fine, Le Petit Bleu, is also worth a visit.
If you travel on a Paris Untour, our local staff person Francoise can give you her own list of favorites. Bon appetit, and enjoy Paris!