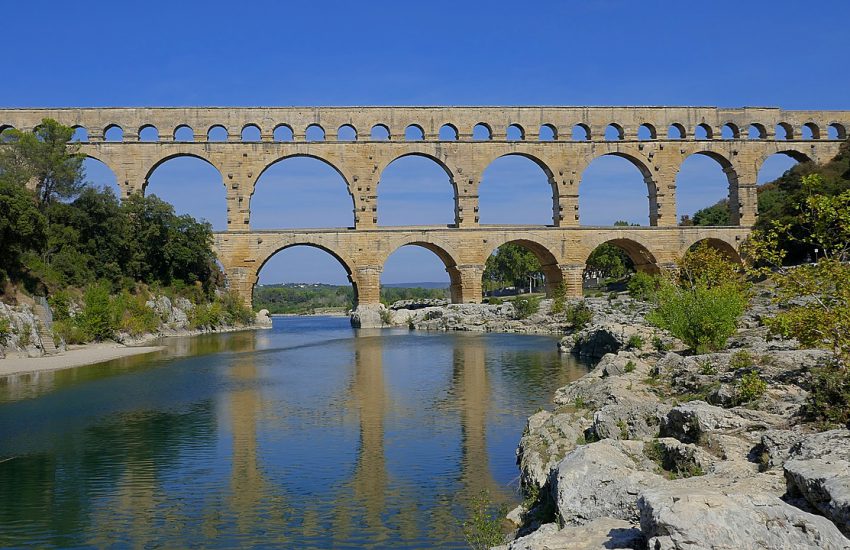 Provence has so many appeals, it is easy to overlook its impressive endowment of archaeological sites. Evidence of the Roman presence is all over the area. In fact, Provence has some of the best preserved vestiges of the Roman Empire in all of Europe. Southern France was a very important part of the vast Empire.

Explore some of its ancient wonders from the Provence Untour.

Nîmes is an ancient Roman city, originally populated at the site of a sacred spring by the veterans of the Egyptian campaign, which helps explain the city’s symbol of a crocodile chained to a palm tree.

You can visit the Arena along with the Maison Carrée and the Tour Magne on a combined ticket. The arena hosts Provençal (bloodless) bullfights, concerts, and other spectacles year round. In addition to the main monuments, we suggest you stroll the narrow streets of the old town. 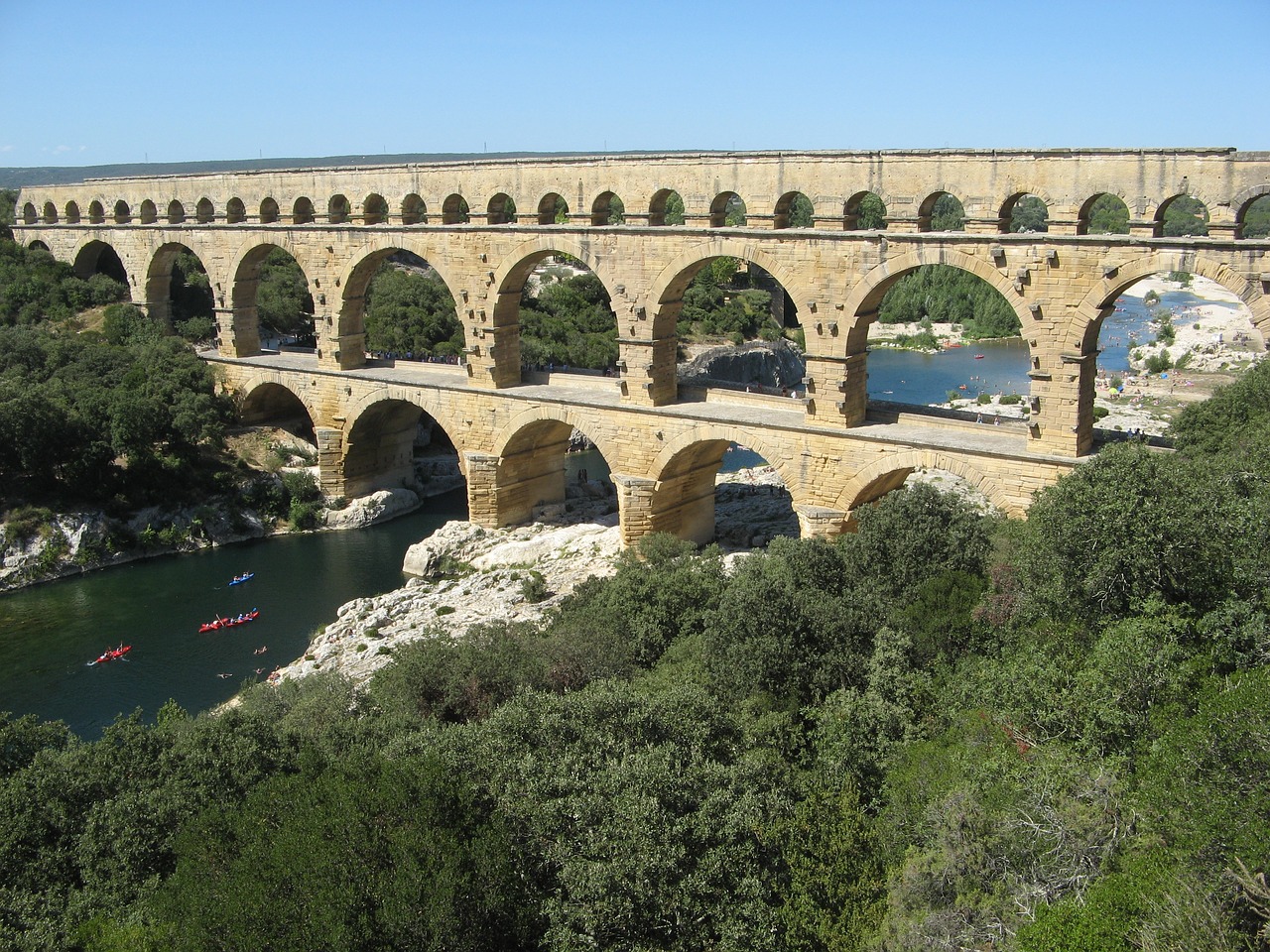 The Pont du Gard is one of the most impressive Roman ruins still standing in France. This aqueduct bridge was built in the first century AD, crossing the Gardon River. A key piece of infrastructure, this structure was a marvel of engineering. Plan your visit at www.pont du gard.fr. Don’t miss the museum, which offers an excellent overview of local ancient Roman history and more in-depth information about Roman architecture. 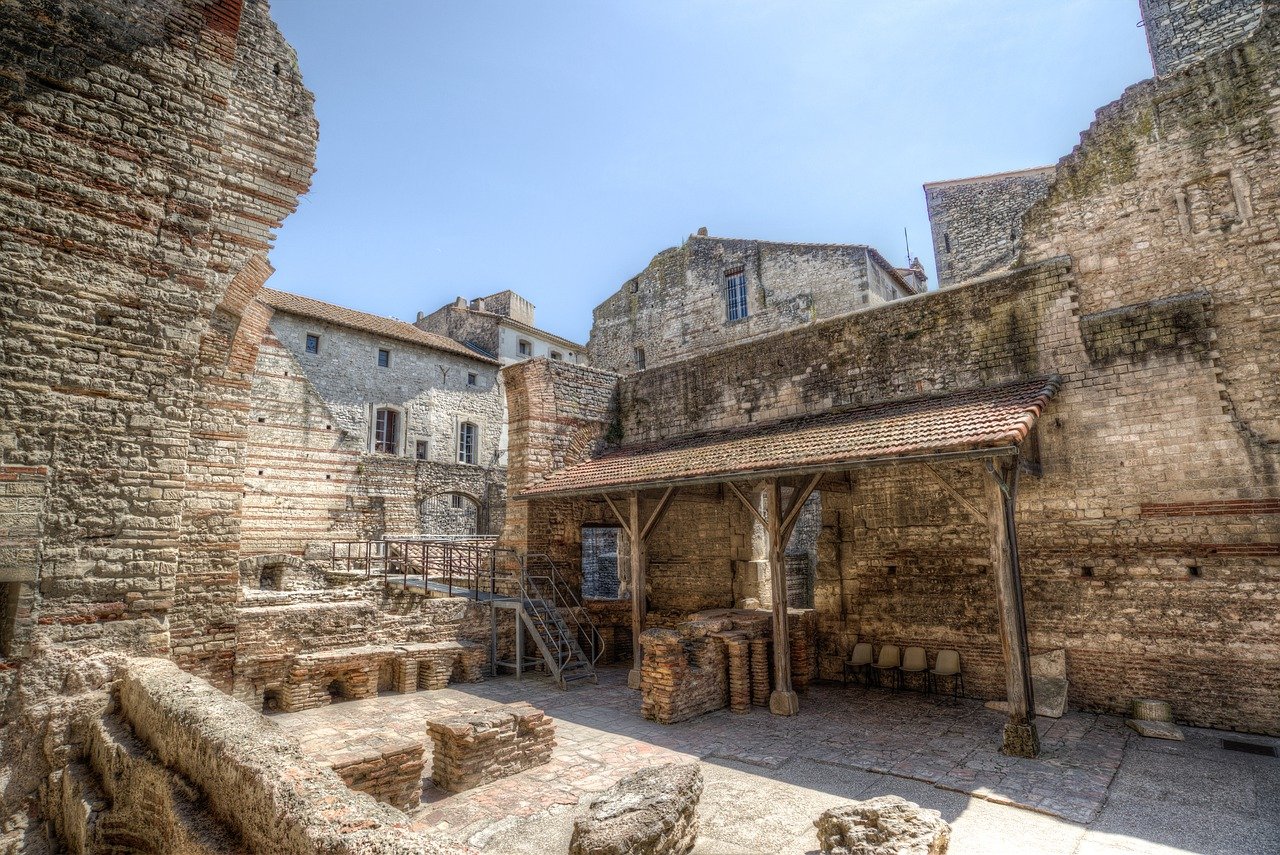 Arles was an important Roman city and arts center, thriving from the 1st century BC into the first half of the new millennium. Its UNESCO-recognized amphitheater is impressive, open for tours and still in regular use, hosting concerts, Provençal bullfights, and other performances. This former Roman provincial capital also held expansive ancient baths, with extensive ruins remaining to explore.

The archeological sites in Orange are recognized as a UNESCO World Heritage Site. Its superb ancient amphitheater hosts musical and theatrical performances. Explore the town’s ancient Roman architecture and ruins, including the remarkable Augustan era arch, in beautiful condition. Enjoy the museum, where exhibits help you to understand the importance of the area in the Ancient Roman world order.

You can access all of these sites from our popular Provence Untour, which includes a rental car with unlimited mileage to accommodate your road trips into Southern France’s ancient Roman past.