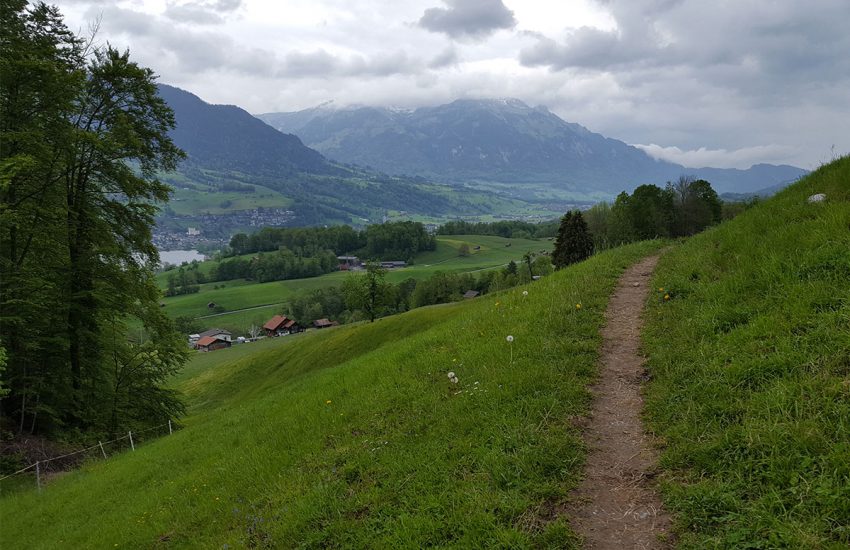 What to do with a free afternoon in the pretty lakeside village of Sachseln?

That’s the question I was confronted with recently, after a morning of apartment visits in nearby Lungern and Meiringen. Black clouds were threatening rain as I studied the bus and train schedules.

Why do most visitors come to Sachseln? Aside from the savvy Swiss Heartland Untourists who stay here, people come to take a pilgrimage to the home of Bruder Klaus a.k.a. Nikolaus von Flüe, the mystic hermit credited with saving Switzerland in the 15th century. 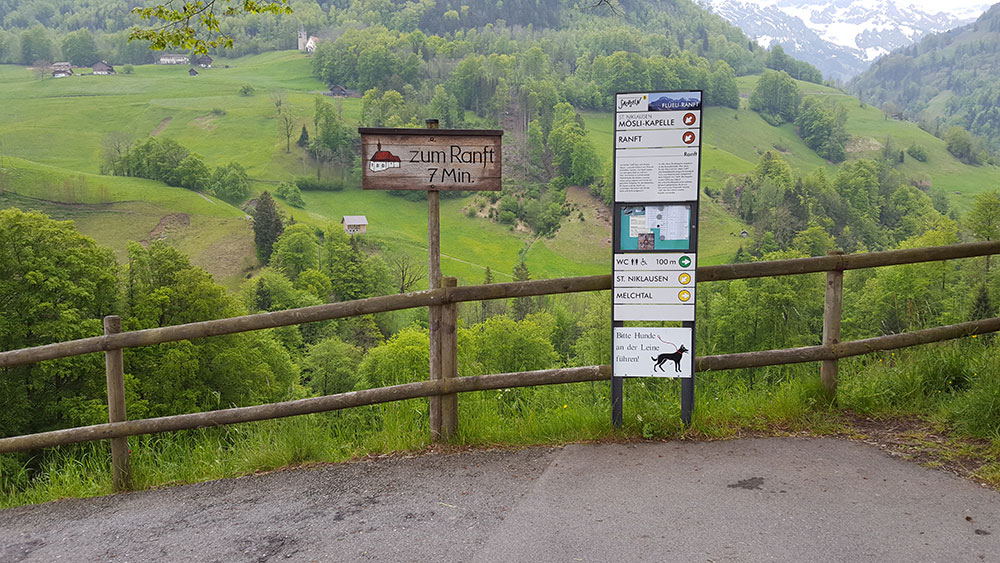 The bus didn’t leave for another hour, so I decided to take my chances with the weather on a walk up the “Bruder-Klausen-Weg” (Brother Klaus Trail). The trail sign said it would only take me an hour.

The trail climbed steeply away from the sleepy village of Sachseln so that I soon had panoramic views of the village and the lake of Sarnen. I passed by a barn with a pair of curious horses as well as fields of grazing sheep. The path alternated between short stretches of woods and longer sections through unmowed pastures of grass, dandelions, and multicolored wildflowers. 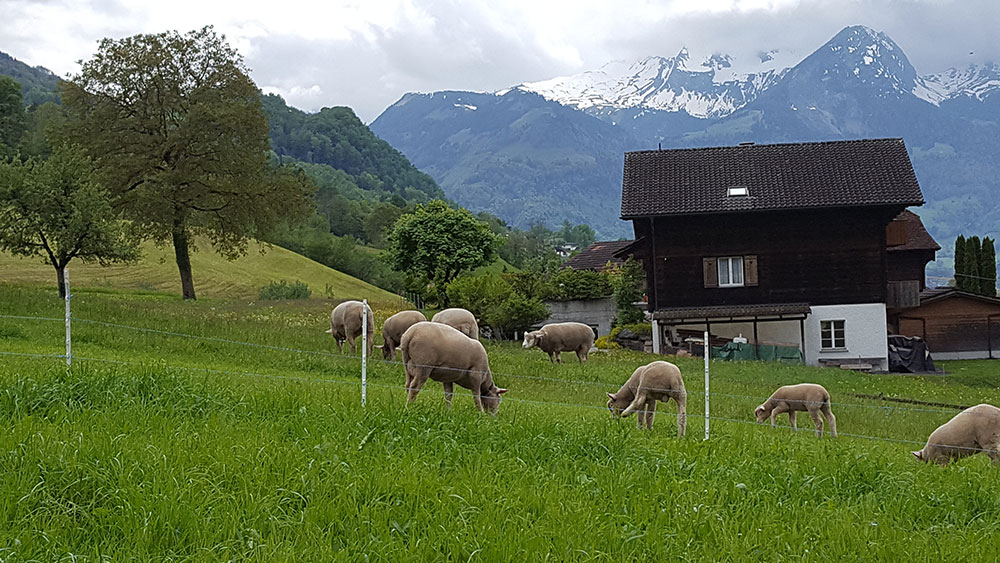 The smell of natural Swiss fertilizer (cow dung) was impossible to miss. I’d forgotten a water bottle but found a thoughtfully placed fountain of spring water at just the right spot.

After about an hour, as the rain started to fall, I reached my destination of Flueli-Ranft. Not having prepared, I wasn’t sure what to see. There were signs pointing to numerous chapels, and churches, as well as Klaus’s birthplace and the farmhouse he built for himself and his family. 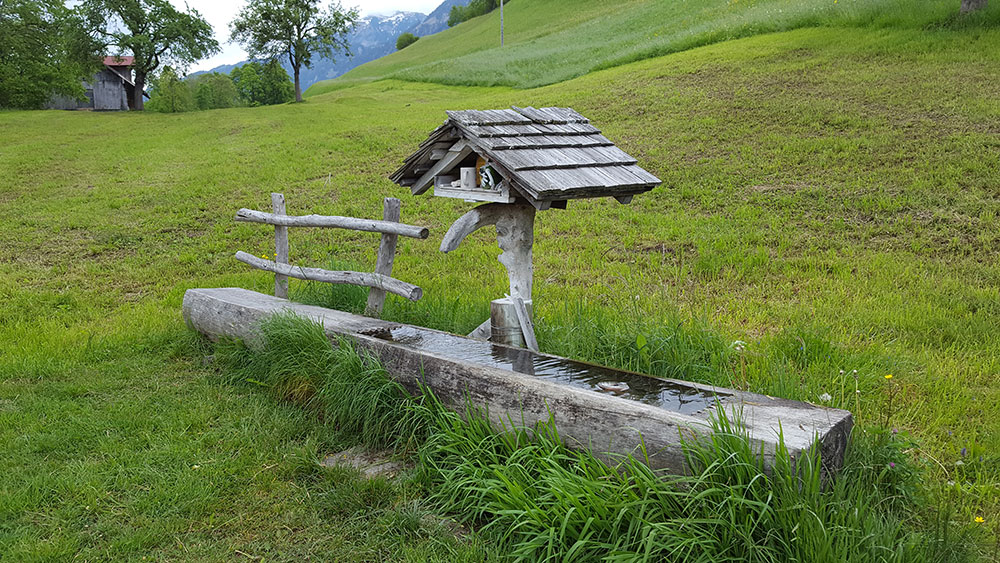 I started with the meticulously restored farmhouse, where a guide was explaining to a small group of Swiss pilgrims that Klaus left his wife and ten children in 1467 when he was 50 years old. He felt called to a life of prayer and meditation. As I considered the life of a farmer with ten children in a very small house, I could only imagine the appeal of a life of solitude.

The guide must have read my mind as she explained that Nikolaus’s wife was very supportive of his decision and remained devoted even after he left. There followed tales of miracles, including his ability to survive 19 years in a nearby hermitage without any food except for the eucharist. 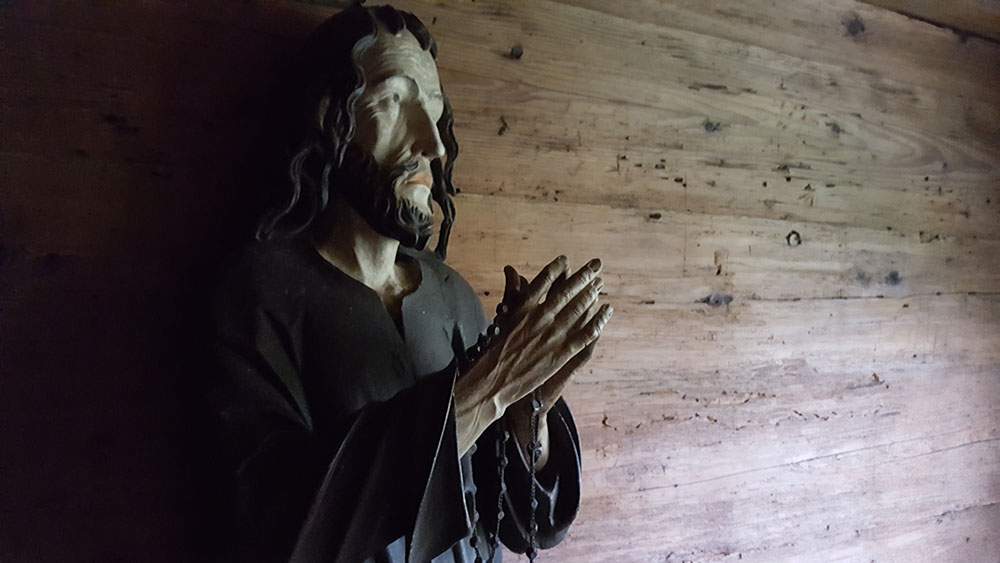 Word of his piety and wisdom spread and warring leaders of various Swiss Cantons sought his advice. He counseled peace and they listened, stopping the conflicts that threatened to tear the young confederacy apart.

I managed to find the path down to the actual hermitage and chapel where he spent his 19 years of semi-solitude. It is a steep, but fully paved trail walked by pilgrims of all ages and abilities. The setting in a hollow on a roaring creek is impressive, as is the tiny room in which he spent the last years of his life. 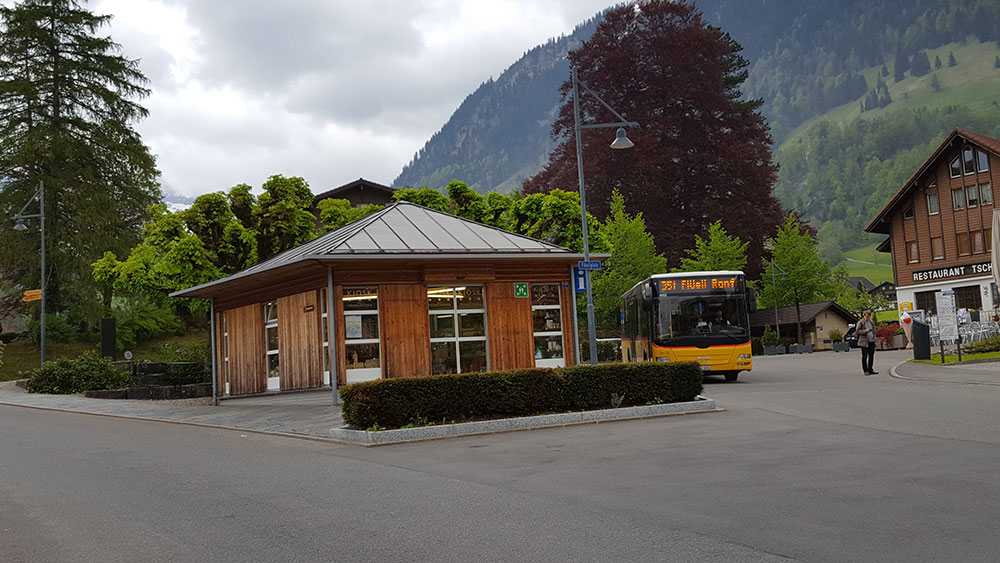 I arrived back in the center of the village just in time to take a postal bus back to Sachseln, where I made a quick visit to the church to see the alter with his remains and a glass case with his original robe. I didn’t quite have time to visit the museum in Sachseln dedicated to his life, but I had to save something for my next free afternoon.

Consider making the pilgrimage yourself on your next Swiss Untour.