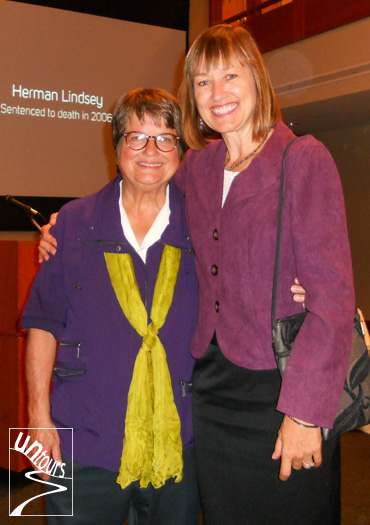 Witness to Innocence (WTI), which received a bridge loan from our foundation last year, is celebrating its 10th anniversary. WTI empowers death row survivors, whose convictions have been overturned, and their loved ones to be effective leaders in abolishing the death penalty.

I attended WTI anniversary festivities this week meeting the fiery, feisty, fearless, and friendly keynote speaker, Sister Helen Prejean. Best known for her book, Dead Man Walking – which was turned into the film by the same name – Sister Helen works relentlessly to end the death penalty worldwide. Co-founding WTI is one of her many actions in this journey. 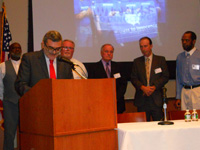 Five exonerees, all amazing men, spoke at the event. Each served years or decades in prison for crimes they did not commit. One exoneree received help from some 15-year-olds, who were studying the issue of innocence at school. They found the first clues in overturning this man’s conviction.

Actor Danny Glover offered an impassioned talk. He opened by thanking exoneree David Keaton, for allowing him to portray David in “Exonerated,” a play later made into a film, about six people exonerated from death row with the help of DNA evidence, research, and steadfast advocacy.

The European Union, a major funder of Witness to Innocence, sent two speakers to this event. It’s extaordinary that he EU has made ending the death penalty a priority issue. Just as surprising is Coke using exonerees in some of its European ads.

“The important thing is that when you come to understand something you act on it, no matter how small that act is. Eventually it will take you where you need to go.” Sister Helen Prejean