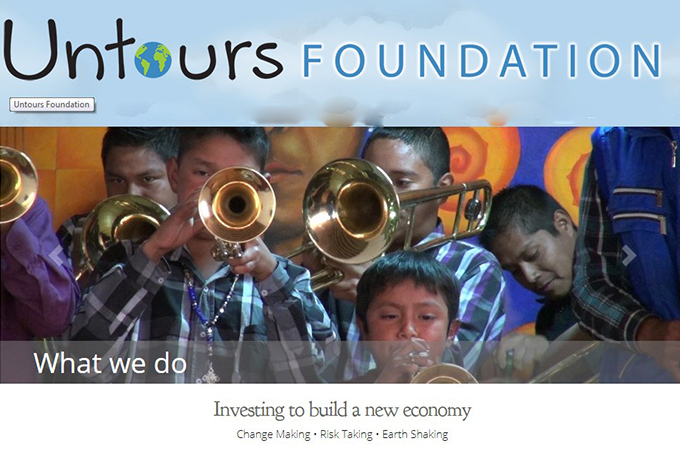 The feisty and loving personality of our guest blogger, Brenda Davis, is evident in this 2006 PBS television piece for “Boomers! Redefining Life After 50”. When Hal and I need a pick-me-up, we check in with Brenda! And now we have Snow, who’s as much a clone of Brenda’s as she is a granddaughter.

The foundation is proudly invested in Brenda and her wonderful husband, Kevin’s business. Read on! 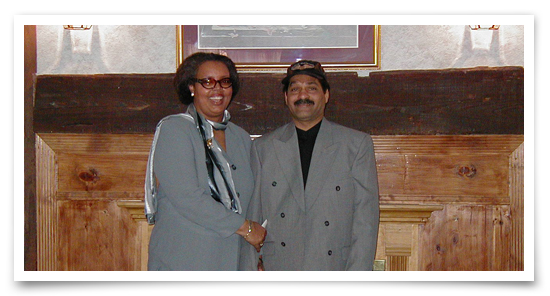 The beginning: in June of 1989, Brenda Raymond and Kevin Davis (boyfriend and girlfriend) sat with attorney Paul Swerdlow (a Rabbi) and brainstormed the inception of Iron Man, Incorporated (IMI).  When we received our corporate books, we had one welding machine on a trailer sitting on the sidewalk chained to a stop sign.

Our dream of being a Fortune 100 Company with twelve employees was materializing. I mean, after all, we moved from the sidewalk to a storage unit, then to two side-by-side storage units: one to fabricate in and the other to paint in.

Move over Fortune 100 Companies. In 1995, we leased a 900 sq. ft. shop –- so what if we still had to paint outside!!  We stayed in that shop for seven years AND established an excellent reputation in Pennsylvania, Delaware, New Jersey.

2002 was a very good year. First, we leased a 4,000 sq. ft. shop with an office and a paint booth. It was great not to have to depend on the weather to paint, to move the office out of my sun porch at home, to have room for our five welding machines and five employees, and to have room to expand.  Second, we met Hal Taussig and the Untours Foundation. Hal saw and felt our integrity, our determination to live up to our slogan of “QUALITY WITH EXCELLENCE”, and Kevin’s master craftsmanship. I also believed that Hal was intrigued by a husband and wife team (we married in 1990! Yea!) that worked so well together.

In November of 2007, we lost our 26-year-old son, Myron, to road rage.  We almost lost his wife, too.  He had been in the service for 9 years and was an Airborne Ranger and Special Forces with the Delaware National Guard.  My only son was an intricate part of IMI.  He grew up in the business. His loss was devastating. I thought that I would have a whole house full of grandchildren, but I thank God for the precious little girl that Myron left us.

Her name is Snow Storm, a delightful force to be reckoned with, and she is now six.  I tell everybody that yes, I am one of those grandmoms: pictures, clothes, schooling, toys……need I say more!!  My son said, “ Mom, you turned into a real grandmom overnight.”

I had my son for 57 days after the incident, so I do feel blessed. There are so many moms, who only get three strange men at their door with a flag, an apology, and a letter. Then there are moms, whose children come home in a state that wrenches their hearts every day.  My son was in a coma those 57 days, but I still got to touch him, sing to him, laugh and pray with him; I knew he could hear me. A very testing time.

Now in 2012, IMI is struggling and we are down to Kevin and me working the business as in the beginning. Myron’s passing took some wind out of our sails, but our business issues are due mostly to a weak economy and competition from big box stores. Of course the big box stores can’t compete with Kevin’s artistry and attention to detail, but we need to get that word out.

Do we still have our dream of being a Fortune 100 Company?  Most definitely! After all, my desire and prayer is to give back to the Untours Foundation to help others like us.  Please visit our web site. Keep us in mind for all your fabrication and welding needs. I hope you cheer us on!