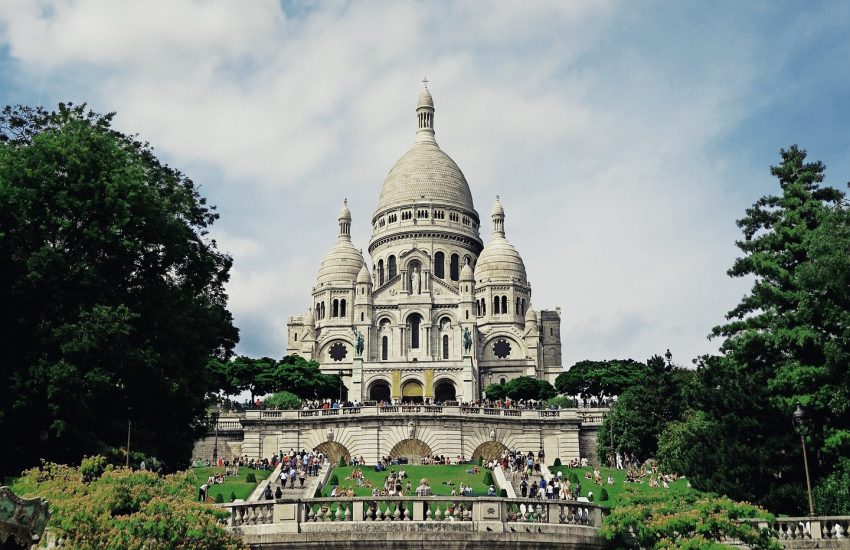 The Basilica of Sacré-Coeur’s distinctive white dome floats above Paris, a landmark visible from all quarters of the city. Anchored in Montmartre, the beautiful church has been witness to the neighborhood’s evolution, from bohemian artists’ hive to tourist hotspot. Its slopes and benches have hosted generations of young loungers, bohemians, and lovers.

The Sacred Heart Basilica was conceived as a memorial to the fallen in the Franco-Prussian War of 1870-71, though its symbolism and significance changed over the long course of its construction, nearly 40 years.

Its architect Paul Abadie hit delays based on property rights and other conflicts, and the foundation was started in 1875. He perished 9 years later, well before the basilica’s completion. The project was managed by a succession of no fewer than five different architects!

The church’s construction was not completed until 1914. By the time the church was dedicated, in 1919, World War I had just ended. Sacré-Coeur’s dedication took on a whole new national significance. 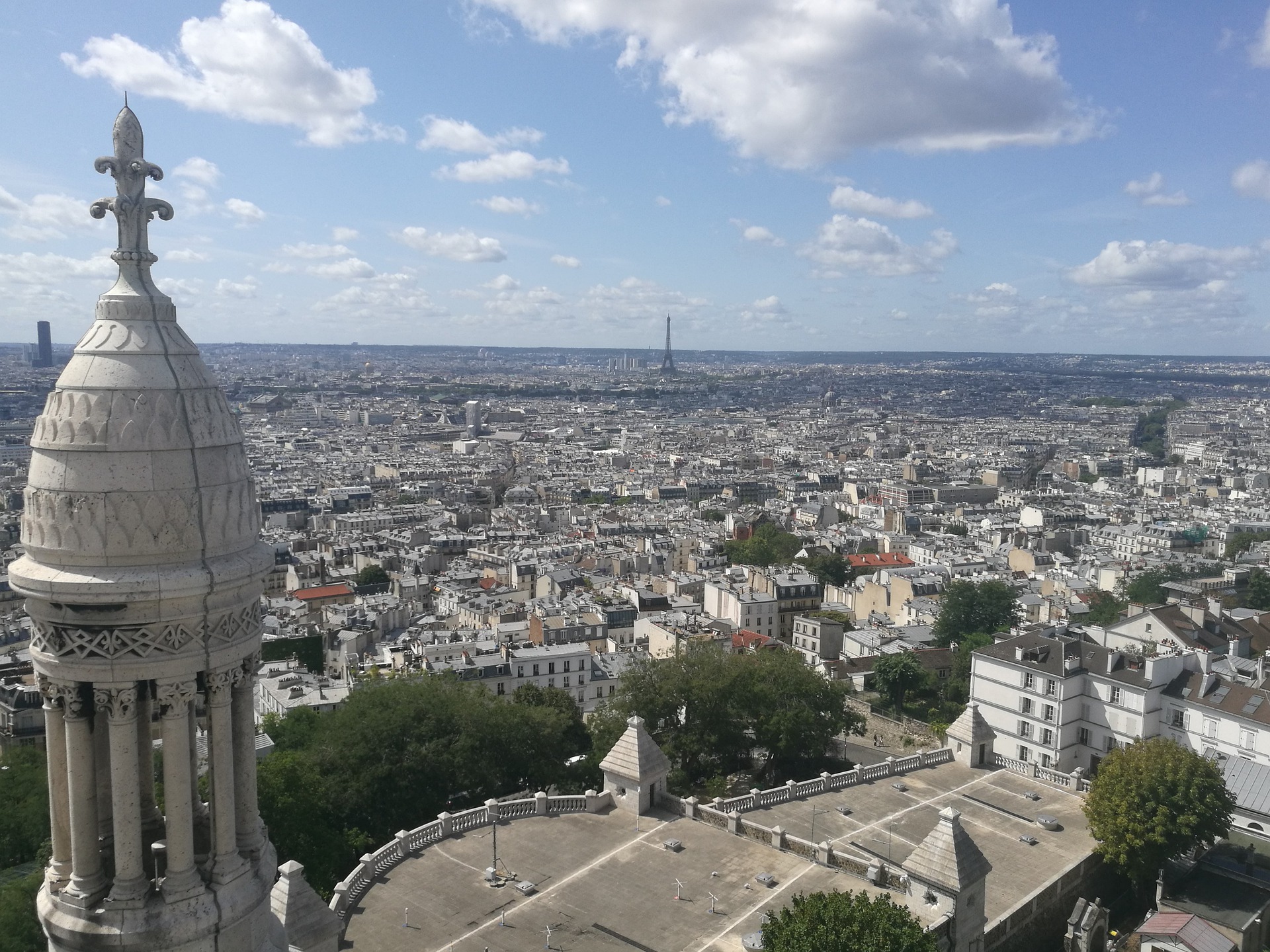 The graceful exterior of the basilica was designed on a Byzantine model and that theme serves as inspiration for the best facet of the interior, the enormous Great Mosaic of Christ located in the chancel vault.

Sitting near the highest point of the Montmartre hill (Butte Montmartre), the view from the top of the basilica is arguably the best in Paris. Sacré-Coeur is one of the city’s most visited monuments, and visitors enjoy a panoramic view of the entire city.

To learn more about the basilica and its history, get mass schedules, and see photos, visit Sacré-Coeur’s website. See you in Paris!