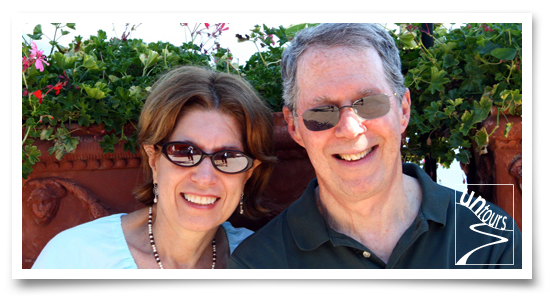 Tell us a little bit about your most recent Untour.

Holland 2012:  This was the first time we returned to an Untour destination.

We were looking forward to our return trip in April 2012 so we could see the tulips in bloom.  When we arrived in Leiden, there was a feeling of coming home.  It was market day so we walked along the canal and bought a few things.  We met other Untourists, Jack and Lila and their 10 year old grandson Jack, Allan and Mary Ellen.  It was fun having “neighbors” and we shared many times together over the next 2 weeks.  The local bakery was open and very good.(It had been closed our first time)   Our favorite Pannekoeken restaurant from our last trip was open and we enjoyed their crepes.

But the most memorable event was going to Rotterdam on our 4th day.  As we were hurrying to cross the street, I tripped and fell very hard.  As I got up, my left arm was very sore and I knew we had to go back to Leiden.  I called our Untour guide and she suggested going to the emergency room at the LUMC, Leiden University Medical Center, which is behind the Leiden train station.  It was Sunday and we arrived at the emergency room mid afternoon.  I showed them my Medical Insurance Card and they admitted me.  They took x-rays and the doctor told me I broke my arm where it fits into the shoulder.  They suggested a sling to keep my arm immobile and said come back in a week for more x-rays to see how the bone was healing.  When we got back to our apartment, there were flowers from Untour and a get well note.

Since I wasn’t in any pain, we decided to stay and enjoy our Untour.  We went to spectacular Keukenhof Gardens and spent the day with 7 million bulbs in a magnificent setting.  We even returned to Rotterdam where we took a harbor cruise, saw the Cubist houses (very strange) and a huge model train layout of Rotterdam.  As we rode the trains we saw colorful fields of tulips.  As we look at our pictures, we look forward to the difficult task of choosing our next Untour.

Being followed around Switzerland by an American filming company to be interviewed in for Boomers TV.  Several weeks before our Swiss Untour, we were contacted by Boomers TV about meeting us in Switzerland to be in a public TV special about Boomers.  We agreed to meet in Switzerland.  After a week of “untouring”, The Boomers people arrived in Switzerland and met with us for dinner.  The film crew went with us on the Untour scheduled event, to see cheese made..  After the demonstration, we had lunch and then found a quiet place for the interview.  The weather was sunny as the Boomers people – the interviewer, camera man and sound man) set up their equipment.  My wife and I and my brother-in-law and sister-in-law were interviewed (this was a family vacation with 8 people).  Boy did I feel special!

From the beginning planning, you talk to an Untour Rep who has been to the area and has seen the apartments.  The Rep also has met the Untour person on site so you get 1st hand information. On your 1st full day there is an orientation at a local place.  You meet the Untour person(s) on site who provide invaluable information about your Untour such as train and bus schedules, or if you have a car how to get from place to place and where to park; suggestions about places to visit, places to shop and places to eat, doctors, police and other services, …….  You also meet other Untourists.

If you could describe an Untour in just 3 words, what would they be? (Jerry can’t count!!!)