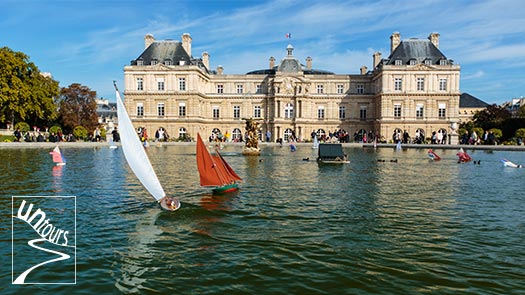 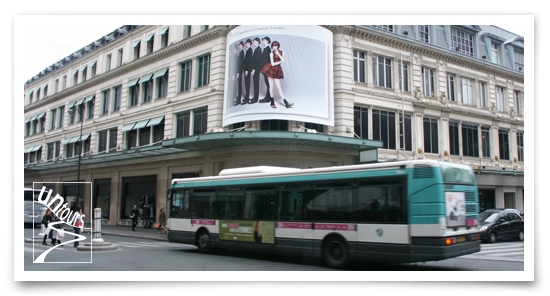 When planning today’s blog post about getting around Paris by bus, Dodge Amaral (our resident Paris Expert) shared this piece he received a few years ago from longtime Untourist Judith Wagner. She writes of a trip to Paris with her mother and how taking the buses gave her a much more Parisian experience. Enjoy!

Riding Up Top in Paris

When my mother and I returned to Paris, we knew we needed an alternate local transportation system because the Metro steps were impossible for her to navigate and we both disliked the often-crowded environment and constant need to look out for pickpockets we had experienced on previous trips.  What we didn’t anticipate was how much richer the experience would be because we used the buses.  This was largely due to the fact that tourists rarely ride the buses, and therefore you sit with your Parisian neighbors on the bus.

Much of the fun for me in traveling is planning a trip, but there was little information on using the bus system so, I have gathered the following information for those of you who want to immerse yourselves in the Parisian culture, by riding “up top.”

We stayed in Blanche apartment which is in the 9th arrondissement.  As it turned out, this apartment was a few blocks from a bus hub, so we had multiple choices.  This proved to be valuable since some buses don’t run on holidays, Saturdays and Sundays.  As we used the system, we discovered the subtleties including easy transfer places, times and routes that were prone to crowding and routes offering frequent service.

The Michelin map provided by Untours included a map of the bus routes which we cut out and took everywhere with us.  The bus system is very intricate, often a bus will go on one street and return on another.  These routes are not designated on the Michelin map.  We discovered that the buses ran everywhere we wanted to go in Paris.  The  third day into our trip, I discovered I had a wonderfully detailed map with the bus routes marked in red and, most importantly with arrows showing the direction of the bus on each street.  I purchased The Paris Mapguide by Michael Middleditch

at Borders Book Store.  I highly recommend it or anything similar.

At each bus stop, we found the number of the bus and a weekly schedule showing how often the bus ran and on which days.  My understanding is that the buses run from 06:30 am to 21:00 pm.  We were not out late at night, as there are limited nocturnal bus routes.

The front seats are for older folks and those with disabilities. The French are extremely gracious and always gave my mother a seat even though she never expected one.  They looked poorly on any young able bodied person who took a front seat and let someone older or with a disability stand.  The local bus patrons didn’t hesitate to let a young person know they should stand!

Always exit via the rear doors.  As previously noted, you will find a full route map on the bus wall, which shows every stop.  As a novice, you watch and note each stop.  But, as the days pass you find yourself noting the stop before yours and then gazing out the window at the marvelous scenery.  As in the states, signal for your stop by pushing one of the buttons on the poles throughout the bus.  If the doors don’t open, push the button beside the door.

In the end we discovered that it was very easy and extremely desirable to use the bus in Paris.  At times it cost a tiny bit more than the metro, but I saw more of Paris than I ever imagined.  We became immersed in the culture, rode through neighborhoods, window shopped, passed places we went back to see, never felt vulnerable, rarely stood, always knew where we were and gained a better understanding of Paris as a whole.  The experience was enriching, unforgettable and very freeing.

Thanks for your advice, Judith!

What’s the most important piece of advice you could give to Paris newbies?