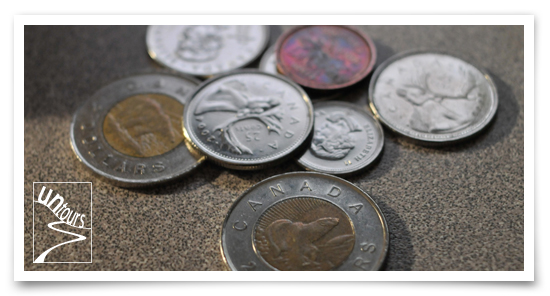 I love Mad Men. In fact, I’m a bit of a junkie. When season 5 premiered this past Sunday, I couldn’t have been more excited. From the stupid grin I had on my face throughout the entire show, you’d have thought I was watching my 9-month old daughter take her first steps on her own (she’s so close, by the way!).

But, alas, I was simply watching the beginning of another season of melodrama at Sterling Cooper Draper Pryce. I could go through all the characters – from Don to Pete to Peggy to Harry to Joan to Betty to Bert and on and on – and tell you why they’re so great. But, it’s Roger Sterling that always brings the widest grin to my face. He has the best lines and actor John Slattery delivers them with masterful aplomb.

And, it was a scene with Roger Sterling, from Sunday’s premiere, that has inspired my post today. In it, he pulls out a wad of cash and hands it to Harry Crane to settle an issue with Pete Campbell. The thing that struck me about it was that he was carrying $1,100 in his pocket.

Now, aside from the fact that that amount is somewhere north of $10,000 by today’s standards (according to the Feldsparia blog) and that no one I know carries that kind of cash around, it got me thinking of my youth and how I (vaguely) remember when ATMs came into prominence. It also reminded me of my experiences with money as a youngster and, more specifically, the Canadian loonie – the nation’s dollar coin.

As you may well know, I grew up in Plattsburgh, a small town in the northeastern corner of New York state, so I was constantly seeing Canadian tourists in our malls and on our beaches because of our “warm” summers. Québec was also a place I frequented because of the various sports teams I was on.

Needless to say, I saw a lot of Canadian money growing up and immediately fell in love with the loonie when I first saw it. It had 11 sides around the edge (why wasn’t it round like ours?), its “heads” was a picture of Queen Elizabeth and its “tails” was a duck. So, why was it called a loonie? It took me a while to muster the courage to ask my mom that very same question and she softly informed me that the duck was actually a loon.

By the time I was in high school, a toonie (two loonies) came out and officially made Canadian money the most fun currency to talk about for a 16-year old kid like me (not that I was talking about currency all that much as a kid but, well, you get what I’m saying).

I tell you all of this to let you know that, aside from the names, money in Québec is not so much different from ours. They have plenty of ATMs throughout the city, which are probably the best ways to get your money while you’re up there. Some of them even accept the smart “chip” card technology employed throughout most of Europe today. Heck, in some of the more touristy (un-untouristy) areas of the city, you can even use bucks, greenbacks, Benjamins…in other words, US dollars.

That’s just my toonie’s worth, though.

What’s your favorite name for a foreign currency?