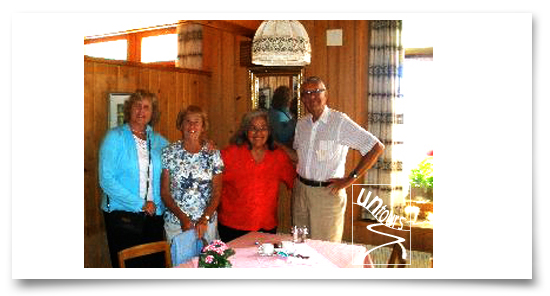 With eighteen Swiss Untours under their belt, Jerry and Sandy must be exceeding the “Untourist of the Week” category.  During our interview for this peice, they kidded us that they think  “Untourist of the Month, Year, Decade, Century”  might be more like it!  We agree!

Here’s where they’ve stayed…does anyone detect a trend?

Tell us a little bit about an Untour you’ve taken?

Our first Untour ever was to Switzerland in 1995 for the then standard three weeks.  We were back for four weeks in 1997 and haven’t missed a year since. Along the way, we have added Untours in Alsace and Provence, but our hearts belong to the Heartland. In addition to our own enjoyment over the years we have introduced eight other families to Untours and Switzerland one of whom have repeated and are actually coming back with us again this summer, We plan to bring yet another couple over in 2013. 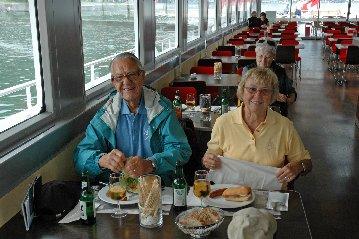 Favorite memories: believe it or not, both disasters: We will always remember warmly the kindness of Untours on the infamous 9/11 when we were stuck in Zurich with no hope of getting out and we were welcomed back to stay until flights returned to normal. Some years later, the year of the major mudslide, we awoke to an unrecognizable and disorienting moonscape and again we despaired of getting out, but the power of Fr. Winterberger (Editor’s note: Margrit to many of us…our long time property coordinator in Switzerland)  prevailed and we were bused out to a working train station with Herculean labors by Jessica and Marlese along the way.

Most pleasant memory is basking in the sun at Kleine Scheidegg in the shadow of the Eiger, beer in hand

Simpler, safer, cheaper and more rewarding to be immersed in the local culture’