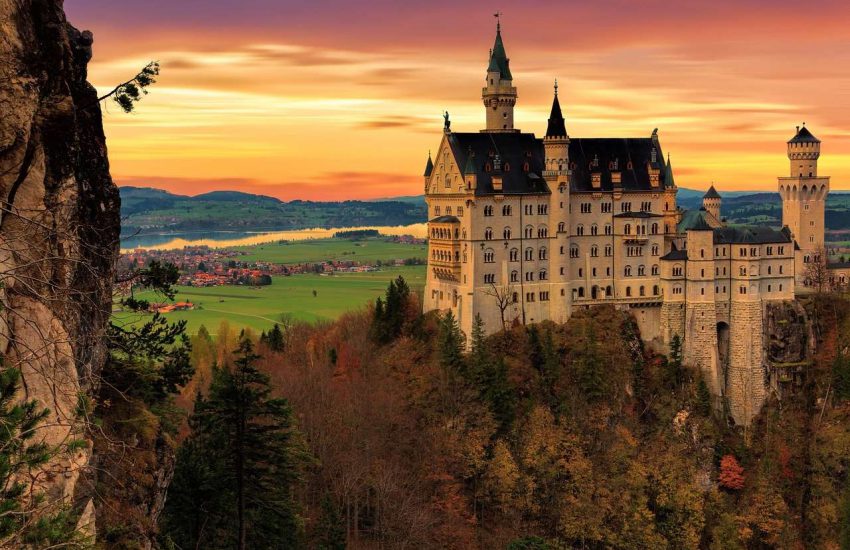 When one thinks of Bavaria, it is often the castles of King Ludwig II, which come to mind. Fabulous, daring, extravagant, (the skeptic says pointless and tacky), the castles have taken hold in a Bavarian landscape that would now seem naked without them. It was these castles which earned Ludwig the monikers “Dream King” and “Mad King.” Indeed, the bold whimsicality which went into their construction is in and of itself remarkable.

Ironically, the castle which once bankrupted the government and brought the deposition of Ludwig are today major tourist attractions, and a major source of revenue for the state. If you plan to visit any of the castles, keep in mind their status as Bavaria’s most popular tourist destinations, particularly Neuschwanstein and Hohenschwangau. To avoid the big crowds and long lines, go early and avoid weekends. 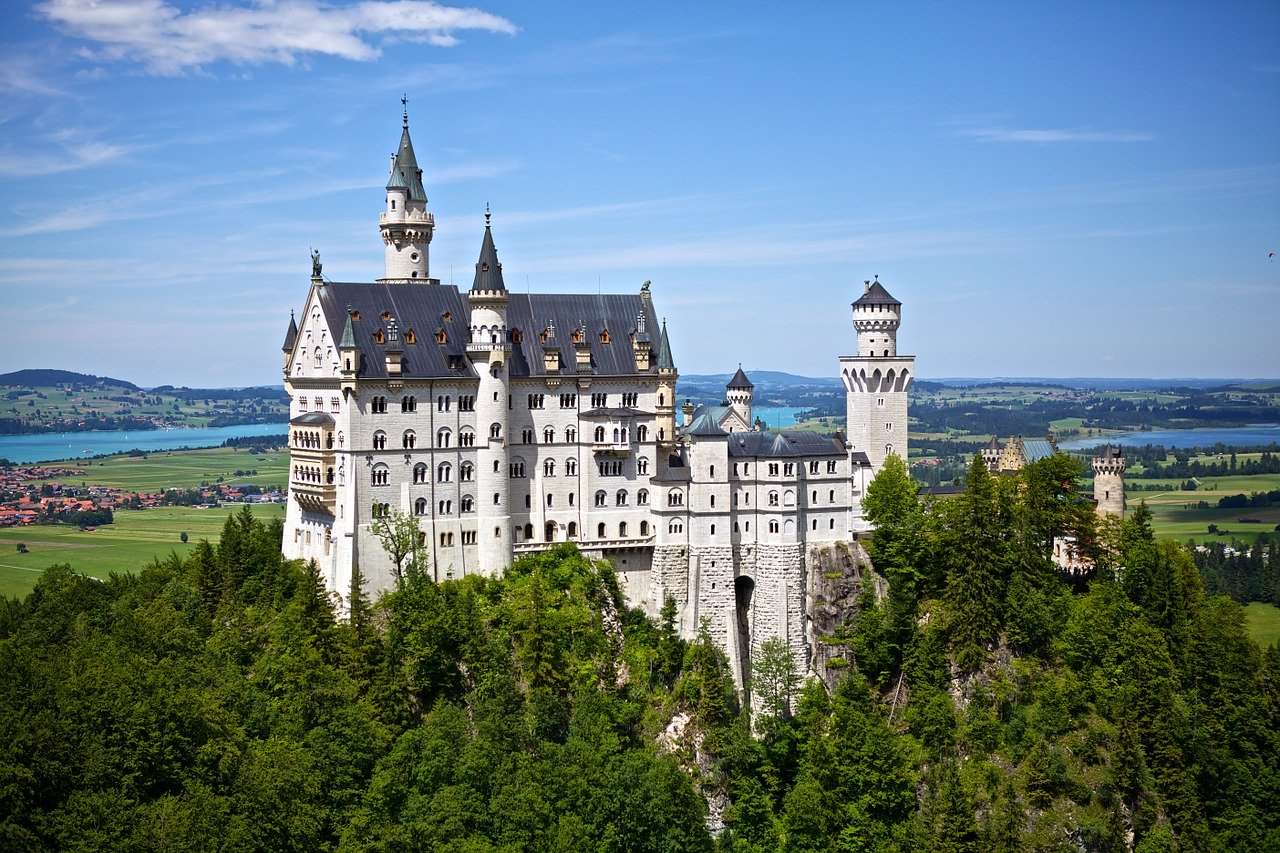 Neuschwanstein and Hohenschwangau
The two most famous of Ludwig’s castles are also the most striking. This is particularly true of Neuschwanstein, which rises from a mountain spur and blooms in a cluster of towers and turrets—the castle of our collective subconscious. Ludwig spent only 170 days in residence at Neuschwanstein prior to his deposal (and suspicious death three days later). 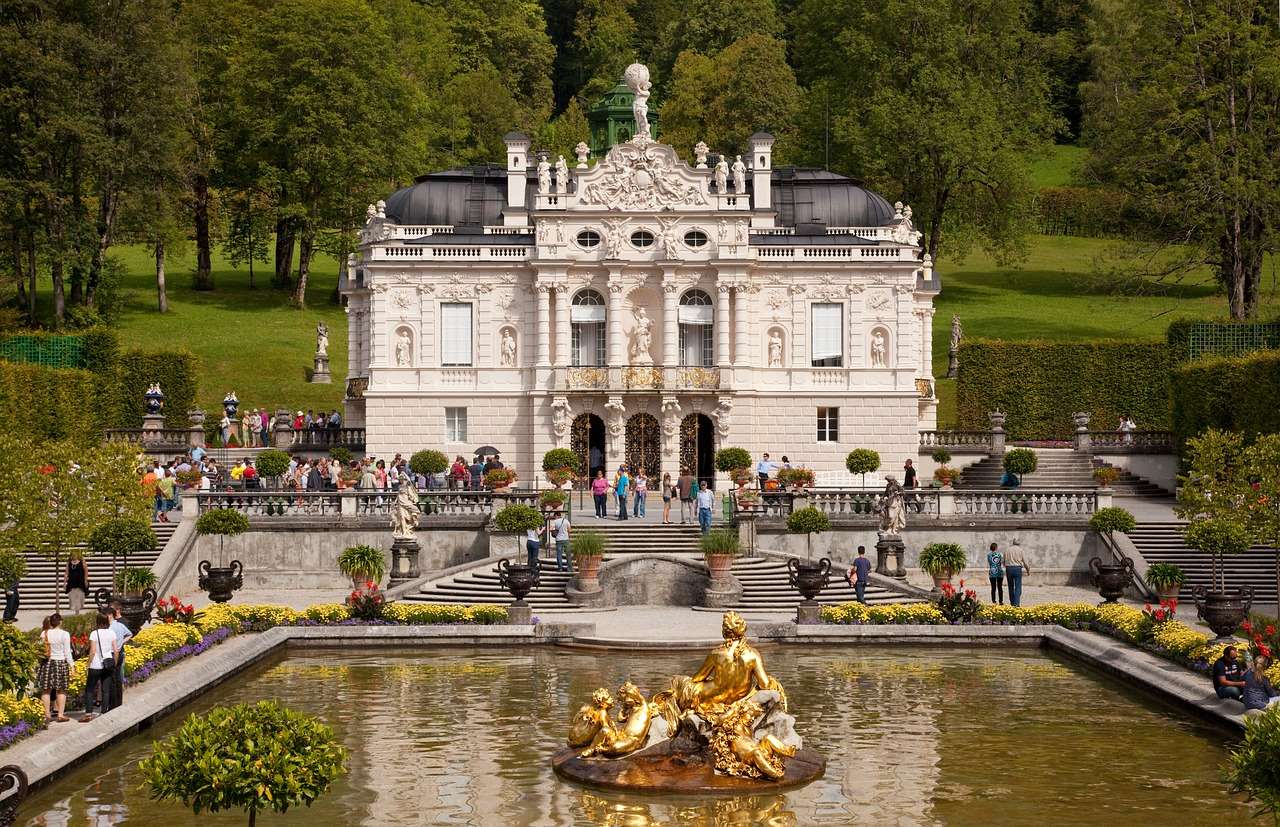 Linderhof
Set deep in the forest, Linderhof is a lavish retreat and hunting cottage. The castle mixes styles of the Italian Renaissance and Baroque era, demonstrating Ludwig’s fondness for Versailles. Take a walk in the gorgeous park surrounding the castle. 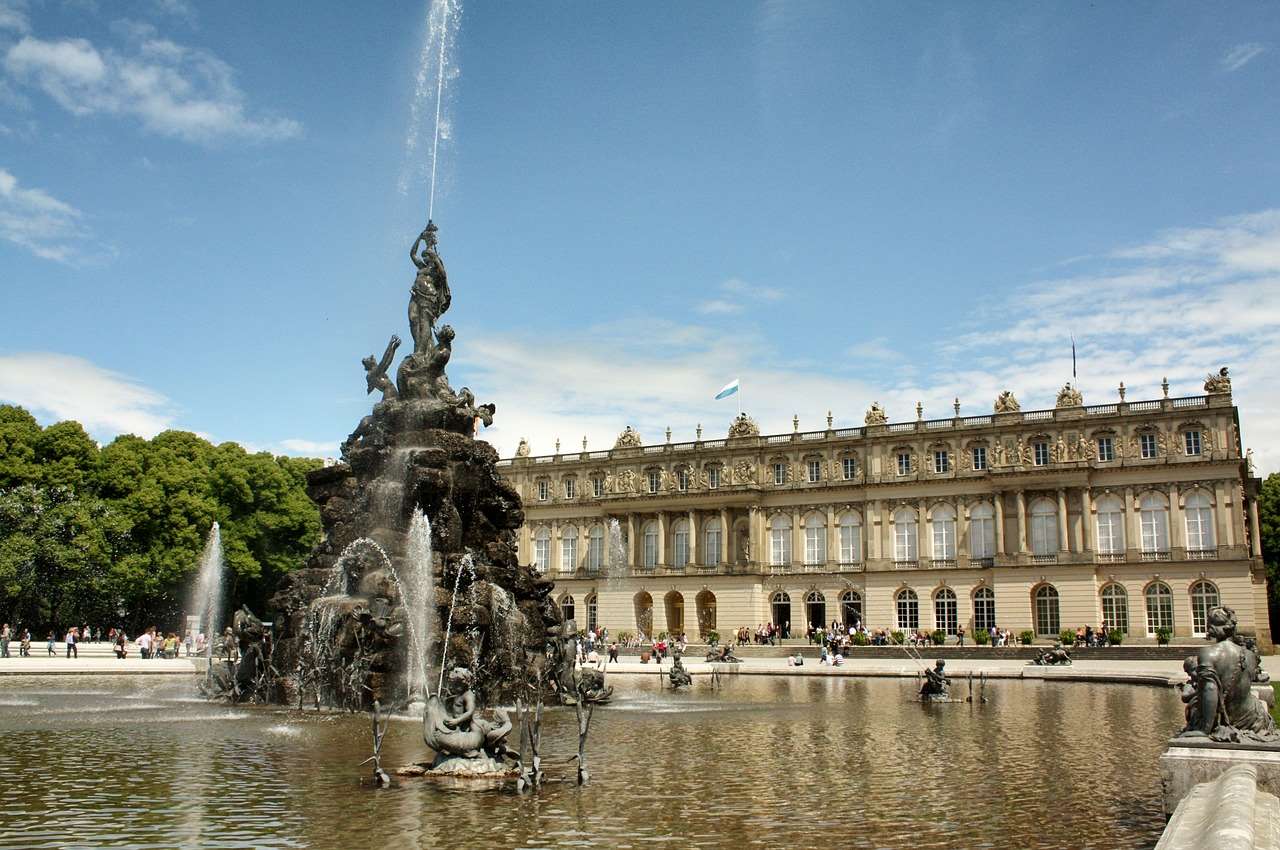 Herrenchiemsee
Situated on an island in the Chiemsee, Bavaria’s largest lake, Herrenchiemsee was intended as a replica of Versailles, complete with a magnificent State Room and Hall of Mirrors. The dining table was raised by pulleys from the kitchen to the dining room one floor above, so that the King could dine undisturbed. Ludwig only spent one week in the castle. With his death, construction was halted, leaving the castle interior only partially complete.

Plan to visit these in the future on a German Untour.