Meiringen is a charming Alpine town. Ringed in snow-capped peaks and filled with charming shops, picturesque chalets, and inviting restaurants, it is one of our most popular hometowns on the Swiss Heartland Untour. 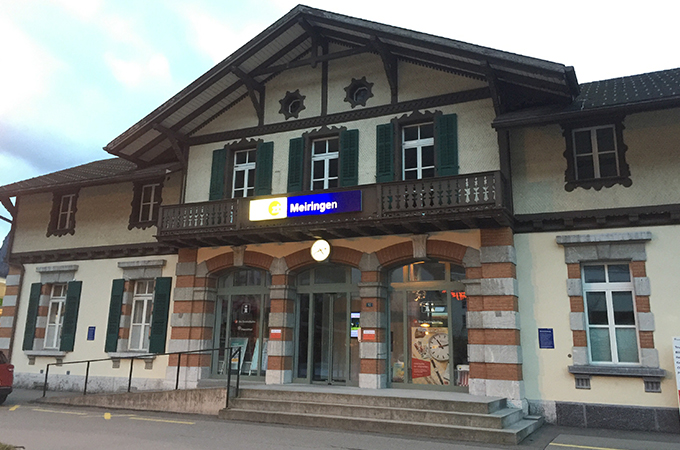 Two catastrophic fires in 1879 and 1891 seemed to seal a verdict of poverty, but recovery began with Louis Agassiz’s scientific expedition to the Grimsel Pass to study glaciation, from which the beginnings of mountain guiding can be traced. Tourism followed naturally, the birth of what is still an important local industry. The straightening of the Aare River provided an important agrarian impulse, resulting in vast fields of wonderful farmland on the drained valley floor.

In present day, Meiringen is a charming town of mountain views, with excellent restaurants, and shopping, and a jumping off point for nature exploration.

Be sure to see Michael’s church (built in 1683), the second largest in the canton and one of the most beautiful concert halls in central Europe during the Music Festival (late June to early July). Below the church are ruins dating back to the first millennium, discovered during the restoration at the beginning of the last century.

Next door is the small Hasli Museum, with fine examples of local folk culture. The Hasli Nature Museum, east of the school, has an outstanding exhibit of local birds and animals. 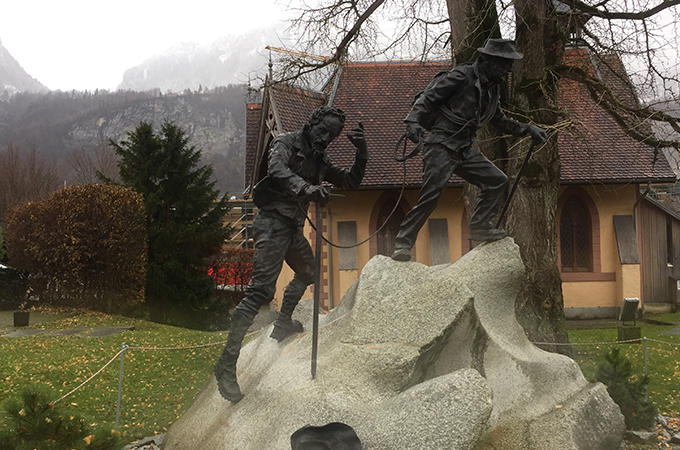 The Sherlock Holmes Museum houses a small collection of victorian era memorabilia from mystery author Sir Arthur Conan Doyle and aims to reconstruction the home of Sherlock Holmes as described in his novels. Look for the statue of the literary favorite out front.

The nearby Reichenbach Falls are where Arthur Conan Doyle sent his hero Sherlock Holmes to a premature demise. Take a postbus out to visit the falls!

Meiringen a fabulous hiking center, offering countless walks, hikes, climbs, and breathtaking ascents, all of which originate within 30 minutes of Meiringen. Trails range from easy to challenging, with good walking possible in all seasons.

The Aareschlucht (Aare Gorge) makes for a perfect walk. It was formed during the last ice age, and the Aare River has been polishing and carving a work of great beauty ever since. Take an easy walk from the train station to the mouth of the Aareschlucht, one of the most dramatic gorges anywhere. You can also take a small, private bus leaving from Meiringen station to the near entrance, or the post bus to the far mouth of the Aareschlucht, and walk back down through the gorge. The entrance fee is reasonable, and the canyon walk is about a half mile. 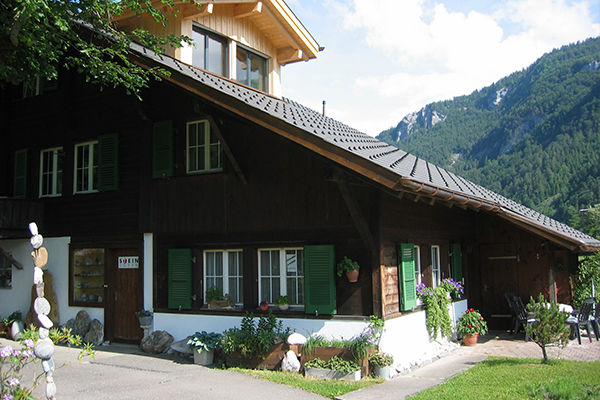 Be sure to visit Meiringen on your next Swiss Untour. Or better yet, if you are planning a Swiss Heartland Untour, consider staying in one of our comfortable new apartments in the heart of Meiringen!