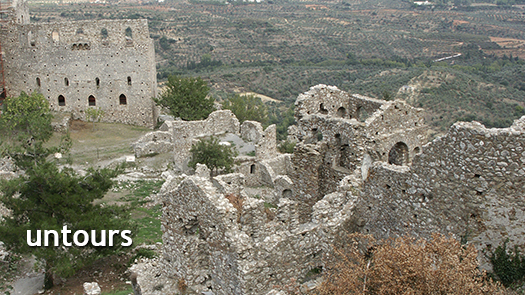 Greece is one of our most beloved Untours, largely because of the great diversity of things to do right in and around Nafplio. But there is nothing like hitting the open road and enjoying the countryside as you make your way to some of the farther flung corners of the Peloponnese.
On the outer edges of our day trip suggestions lies one of my favorite destinations, the historic ruins of Byzantium’s second capital, Mystras. 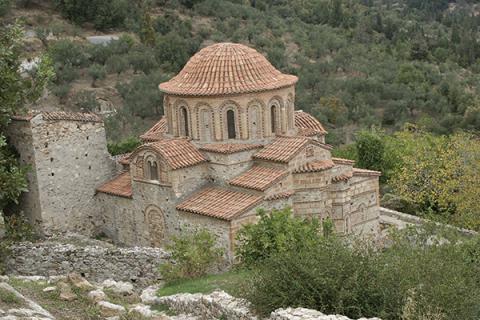 In the latter days of the Byzantine Empire, much of the Peloponnese was under Byzantine rule, and Mystras was a major seat of power—second in size and power only to Constantinople. Mystras was founded late in the empire, in the mid 13th century, on a Frankish settlement. It became the intellectual and artistic center of the late empire. It was also a laboratory for some of Byzantium’s most dazzling architecture.
Touring the ancient city is like walking through an open air museum. The ancient palace is in ruin, but some of the churches are still in pristine condition. The grounds are separated into lower, middle, and upper towns, with an uneven stone and dirt trail linking them. 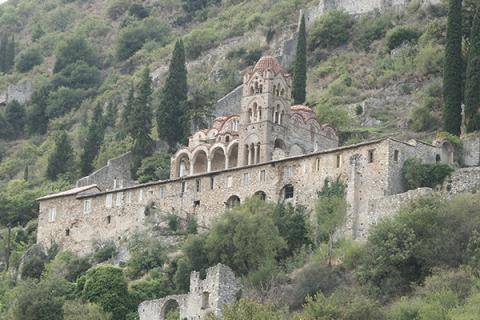 The main gate leads into the lower town, where the old city’s best churches are. The Mitropolis cathedral, to the right of the lower gate, is one of Mystra’s oldest, built in the late 13th century. It is where the last emperor of Byzantium was crowned. The nearby museum is tiny, with only a few fragments of clothing, jewelry, and architecture.
The road to the left of the main entrance gate leads to the ruins of the Lascaris House, which was one of the grandest mansions in Mystras. The nearby Peribleptos Monastery and church have the finest frescoes in Mystras and some of the best in the Peloponnese. 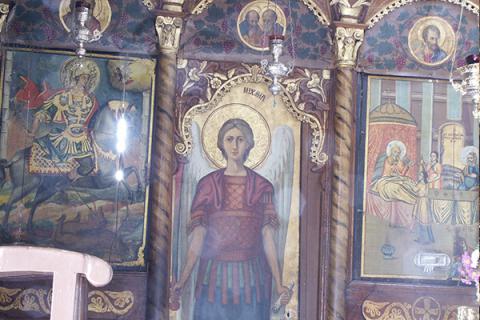 From here you can take a steep path up to the middle level, where you will find the lovely Pantanassa church and monastery, which are still used by an aging order of sisters. The grounds of the monastery are full of flowers, and the church is well maintained. Tread lightly, as the holy order still lives and worships here.
The Palace nearby is being restored. It stands as a reminder of the awesome power of the city’s past. When Mystas was a 40,000-resident metropolis, housing filled the gaps, tucked tightly and securely into the city walls.
Don’t miss the ruins of St. Sofia nearby. In the Turkish invasion that followed the fall of Byzantium, the Turks converted it into a mosque, whitewashing over the frescoes and, in the process, protecting them. Note the beautiful mosaic floors. The views from the grounds here are dramatic. 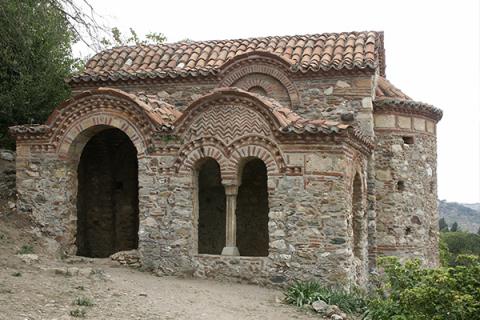 Just under two hours drive from Nafplio, the homebase of our Greece Untour, the ruins of this sight are a unique part of the Pelepponese, and Mystras is not to be missed!