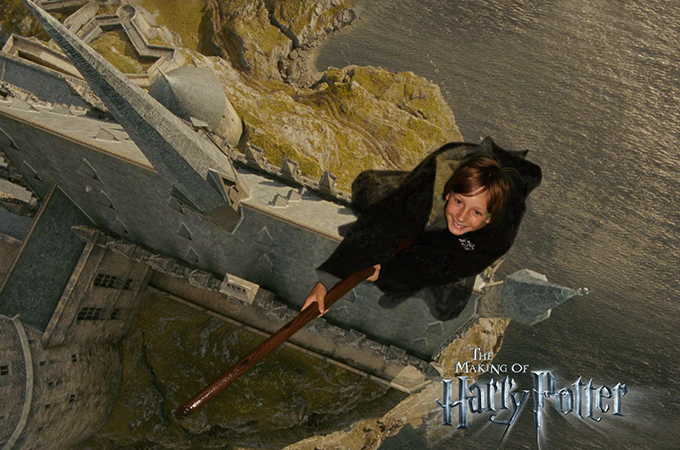 Enjoy this Q & A with Robin Kester, age 8, who just returned from his first London Untour. (Kids stay free on the London Untour!) Here he tells us about one of his favorite attractions, the Warners Bros Studio just north of London, which hosts a massive Making of Harry Potter exhibit and tour. 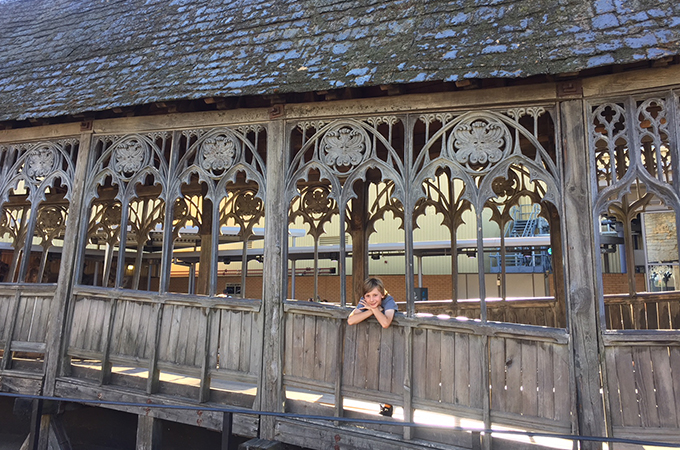 What is the Making of Harry Potter Experience?

It is the place where they filmed Harry Potter. All eight movies were filmed in the Warner Brothers studio. You can see the original sets, props, and costumes that were used in the movies. You also get to see and learn about the special effects that make the magic look real. 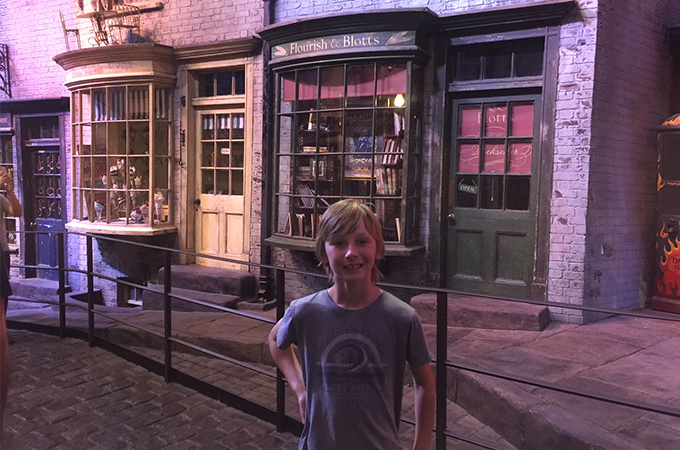 Why should someone do it?

It’s really incredible how Harry Potter was filmed and where it was filmed. I learned that on some sets the inside looks real but the outside is not built. For example I saw inside the Leaky Cauldron. It looked real but the inside wasn’t built. I also saw rooms like Dumbledore’s office, Harry Potter’s dorm room, and the potions classroom, and none of them were part of buildings. I saw the store fronts of Diagon Alley but there were no real stores behind the doors. 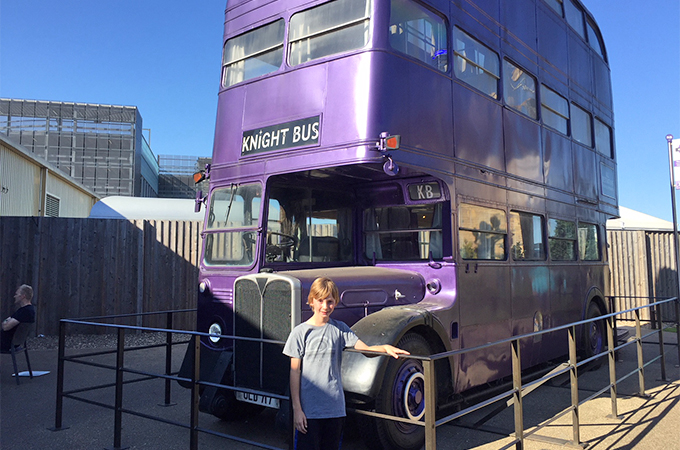 The best part was the Butterbeer, the Knight Bus, Quidditch, the Forbidden Forest, and the mini castle. I got to drink Butterbeer like the characters in Harry Potter drink, and it tasted like cream soda with butterscotch cream. I got to ride a broomstick and peek inside the Knight Bus. I also saw the Hogwarts Express train and the Ministry of Magic. 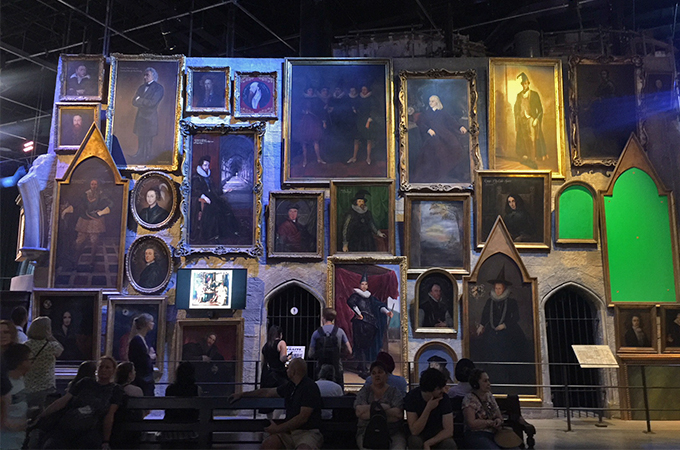 How much time do you need?

The exhibits are pretty long. They take 3 to 4 hours, plus time to get there from downtown. We took a train and then a double decker bus. 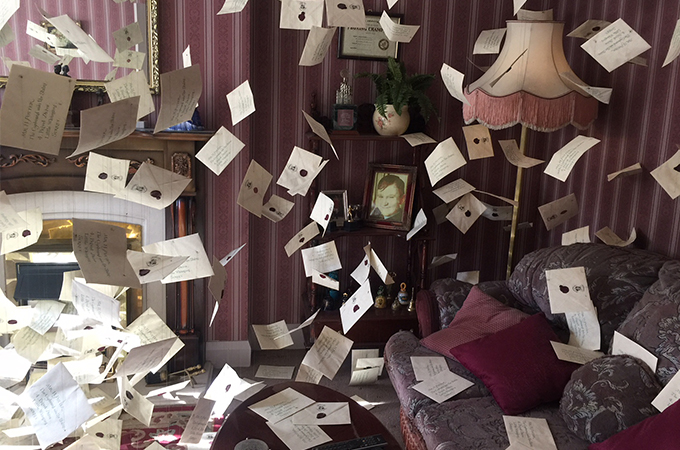 Do you have any tips or advice to help others enjoy it?

I recommend try the Butterbeer or the Butterbeer ice cream. Take your time in the exhibits because when you pass something you can’t go back. Take as many pictures as you can and see at least one of the movies before you go. Have some money for the gift shop because they have a good selection of candy, shirts, and wands. My mom says to tell you you need to make a reservation in advance, like 3 months before. 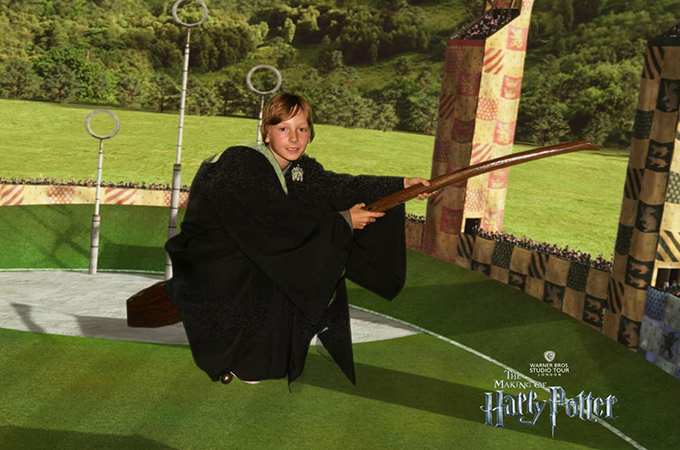 What did you learn about making movies?

Making movies can take a really long time to do. They use special effects to make the characters fly. They use a green screen and fill in background behind them. I learned that Hogwarts Castle is not a real building but is filmed from smaller models that are very detailed and I got to see those models of the Hogwarts campus. 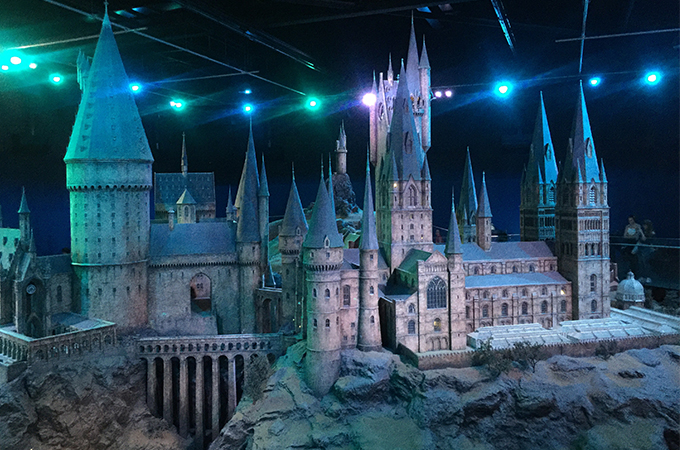 What surprised you about the experience?

I didn’t know that the castle is not real. I got to meet Buckbeak and Aragog, the leader of spider monsters. I got to see inside Hagrid’s cottage and I got to see his motor bike. I also learned that the actors in the movies spent so much time at the studio that they had their school classes there. 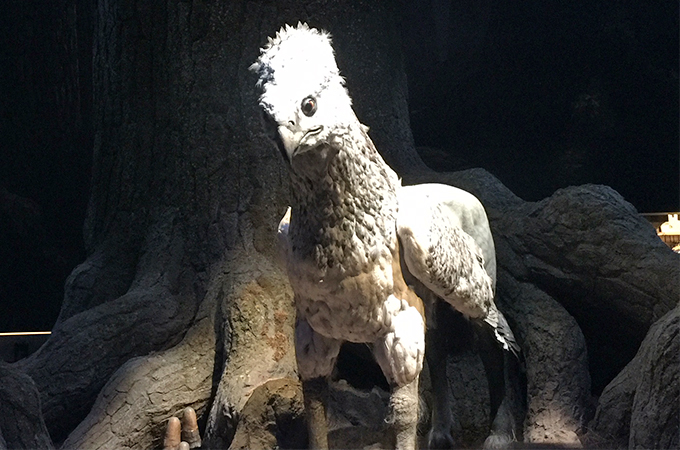 Would you recommend it to your friends? Why?

I would recommend it to my friends because it is amazing and there is really a lot of cool stuff to see and do and buy. I think people who have read the books and seen the movies will especially enjoy it. My mom and dad loved it too. It was the perfect thing to do together as a family. 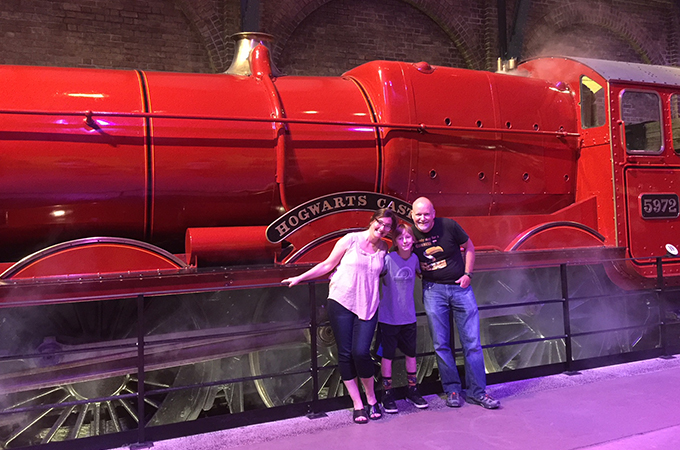 Editor’s note: Robin is my son, an avid reader, a curious traveler, and a lucky kid indeed!

Have you taken young people on your Untours adventures? We welcome their contributions to the Untours blog!