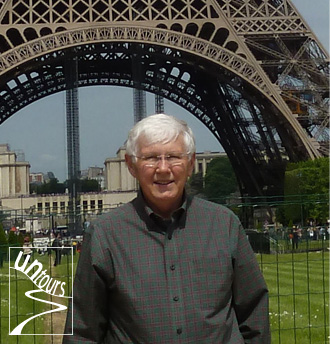 We chose to experience an Untour Sampler of Provence and Paris with an added week in Alsace. In Provence, we stayed at Margaillon 1 near Le Thor. Then onto Paris to the Lescot apartment. We finished out our three weeks in France in Ribeauvillé at the Vineyard Rose apartment.

None of us had been to France before, so we chose these three locations because we wanted to get the feel of more than one place in the country. We knew we couldn’t do more than the usual tip-of-the-iceberg, but the Sampler lived up to its name. We were able do just that (sample) and it was great. I have ancestors from Paris and Alsace so visiting those two regions were high on my list of French places to see.

As it has always been with our previous Untours (Switzerland Heartland twice and Andalusia, Spain), our favorite memory has not been seeing the “big-name” sights, but our interactions with local people. On this Untour, ONE of our favorite memories was “getting lost in Alsace” as our Untour staffer suggested. After visiting the Haut-Koenigsbourg Castle, we detoured (this is the lost part) on our way home through the little town of Kintzheim where we stopped for lunch at the Auberge Armories d’Alsace restaurant. The food was excellent and we were the only Americans there in the non-touristy town. This is why we do Untours—so we can experience what it’s like to live in a country and not just pass through it.

I guess I gave away my answer to this question at the end of my “memory” above. We love living in a country and not just pass through it. Whether it’s attending a Swiss Chilbi on an alp meadow in Gschwandtenmaad or having lunch at La Fuente restaurant in Zagrilla Alta, Andalusia, Spain, and meeting the owner, Pancho (all of these involved food in isolated places where we were the only Americans, and meeting the locals), we could not have had these memorable experiences on a regular tour.

Living in [a] country.

6. Have you heard of our trailblazing Untours Foundation? What do you think of a company whose profits have gone to create jobs among vulnerable populations through loans to pioneering, green businesses?