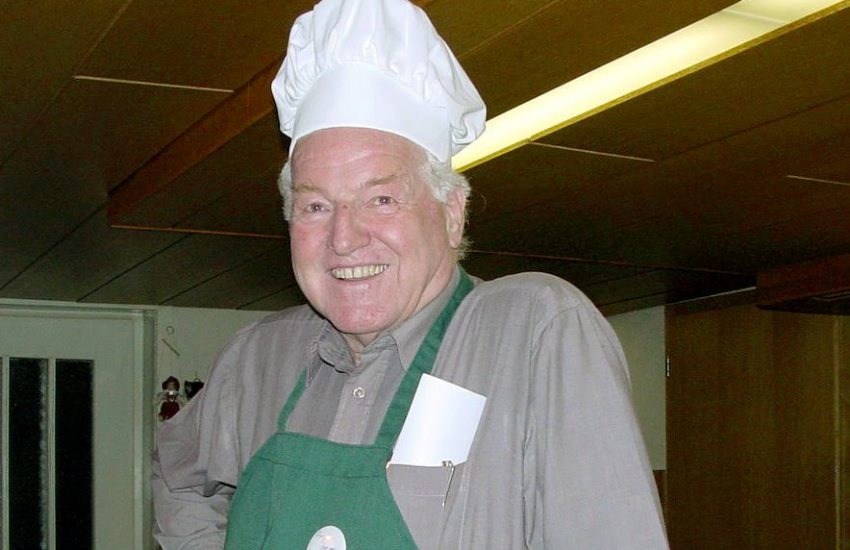 On June 11, Untours lost its long-time friend and colleague in Switzerland, Albert Greutert. Albert and his wife Berit were apartment hosts from the earliest years of Untours in the 1970s. Berit, Albert’s vivacious wife, was one of our earliest Swiss Untour staff persons.

Albert was not content to let Berit have all the fun. For years, he and Berit hosted a Swiss Untours farewell party in their home town of Sachseln. The parties became legendary, with singing, dancing, and folk music that included Albert himself on percussion. His instrument of choice was a simple wooden box with a lid that he would open and close in time to the music. Occasionally, he would play wooden spoons as well. As far as we know, Albert was the only box player in the country, if not the world.

Albert and Berit were arguably our most popular apartment hosts anywhere. Their guests came back year after year, not just for their apartments, but to spend time with the Greuterts. Their circle of friends extended across the Atlantic and they were well looked after by their former clients whenever they came to the US.

Albert had an active life in Sachseln well beyond his role as an Untours superhost. After working in Norway for a decade where he met his wife Berit, he moved to Sachseln to work for an engineering firm. He eventually became CEO.

He was instrumental in founding a local school for disabled children. He helped found a home for the elderly. He and his wife fostered multiple young people from Scandinavia and the Balkan countries. He sang in the local men’s choir and was a leader in the Sachseln Protestant church.

In retirement, Albert became a kind of Benjamin Franklin figure whose advice and council was sought by local leaders.

Albert is survived by his three children, fifteen grandchildren, and nine great-grandchildren. We share in their sorrow, but also in their gratitude to be part of Albert’s life.

Special thanks to Albert’s friend, Vance Roy, for filling in some of the details of Albert’s life.