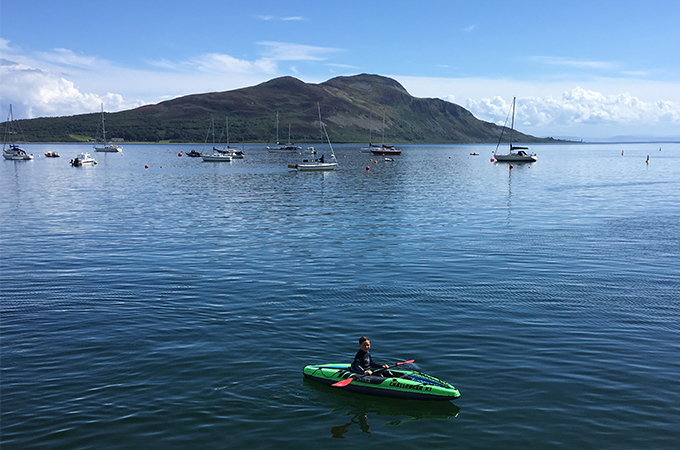 The Isle of Arran is one of the most beautiful and accessible Scottish Islands. From Stirlingshire, home of the Central Scotland Untour it takes only 80 minutes to get to the ferry port of Ardrossan on the mainland then just a 55 minute crossing on the Calmac Ferry

The island is considered a mini Scotland, cramming Scotland’s best bits into one space with castles, mountains, beaches, waterfalls, walking trails, wildlife, and superb local produce in abundance and the scenery is absolutely breathtaking.

There are deeply historic sights on the island such as the castles of Brodick and Lochranza; the standing stones, and stone circles in and around Machrie Moor; and the King’s Cave where Robert the Bruce is said to have been inspired by the spider building its web to try and try again in his battle to win Scotland’s independence from England.

Arran offers fresh local produce and you will find three cheese producers, an ice cream maker, a distillery, a brewery, award winning bakers (home of the famous Arran Oaties), a chocolatier and the outstanding Arran Butcher. The island is also home to candle and soap maker: Arran Aromatics.

If you like golf the island has an unbelievable seven golf courses with the favorite being the unusual 12 hole Shiskine Golf Course at Blackwaterfoot which is an undulating seaside course which is fun to play and has spectacular views over the Mull of Kintyre and the Kilbrannan Sound. 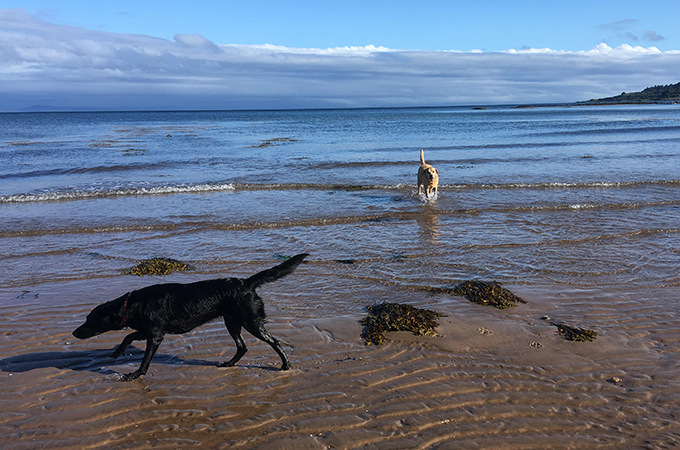 The island also has numerous beautiful beaches, some more remote and others just across the road from village shops and cafes.  Kildonan, Pirnmill, Whiting Bay and Sannox are probably considered among the best.

Arran also has its famous peak, Goatfell, which has stunning views over the entire Firth of Clyde with the Hebrides and Ireland in the distance. A gentler walk can be found at Glen Rosa or the coastal path north from Sannox.

The island could be done in a very long day but I would strongly recommend spending at least one night to make the most of your island adventure. 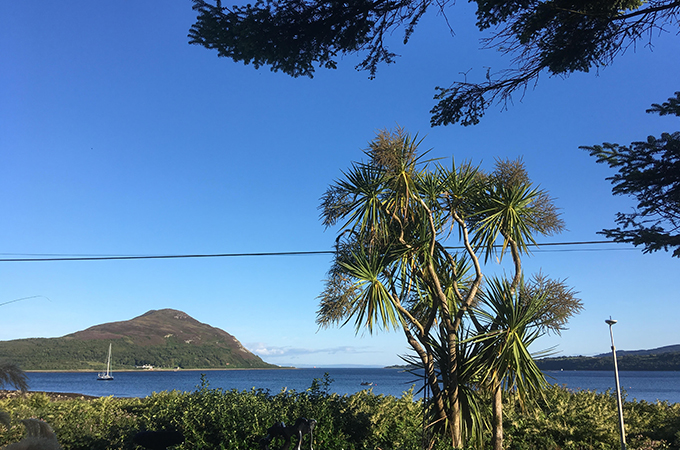 Top Things to Do:

Enjoy the Isle of Arran as an excursion from your homebase on the Scottish Untours.