Budapest is often called the City of Spas, and that’s no wonder. There are more than 30 thermal springs, ten of which have won the rank of spa. Although Budapest is known for its baths, few visitors realize what an important role they play in city life and how much faith the locals place in the healing properties of the waters.

For many of the city’s older residents, the baths remain as important as they were under the Ottomans, who developed the potential of the city’s hot springs. Most of them are highly sulphurous and are said to be especially effective in treating rheumatism, arthritis, and even Parkinson’s disease.

The pricing structure seems somewhat Byzantine, with standard entry including the baths and swimming pools, but nothing else. You will receive a refund if you stay less than 2 hours.

If you plan to visit, bring a bathing suit, towel, and flip flops. Leave your jewelry at home since the minerals in the water may react with the metal. If you forgot your bathing suit, you can rent one, although they are expensive and usually not very good. During your spa experience be sure to drink lots of water to prevent dehydration. 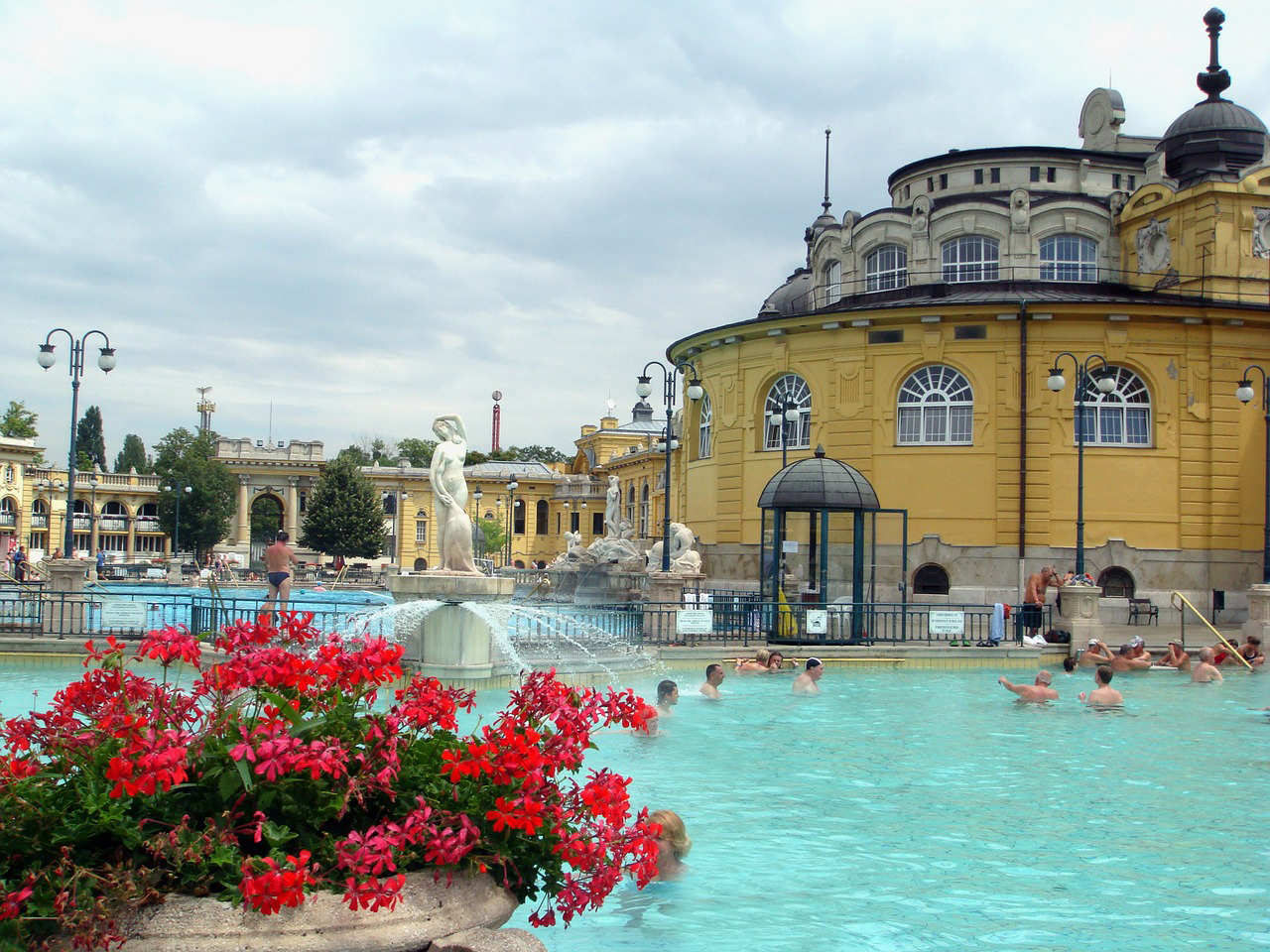 Here are our favorites.

The Gellért Thermal Bath and Hotel opened its gates in 1918 and is among the most popular with tourists. It is decorated with a wealth of original Art Nouveau furnishings, artistic mosaics, stained glass windows, and sculptures. It is beautiful, the height of elegence.

The Széchenyi Baths are set in a stunning Secession building in Varosliget Park. Opened in 1913, it is a vast complex of indoor and outdoor pools. Immensely popular with the locals, this is where you come if you are looking for the classic Hungarian bathing experience. The thermal springs are the deepest and hottest in the capital (165 Fahrenheit).

Rudas Baths are situated below Gellért Hill right by the Danube, close to Elisabeth Bridge (Erzsébet híd), on the Buda side of the capital. They are the finest and most atmospheric of Budapest’s Turkish baths. Among the oldest in the city, they were built in an opulent style, complete with an Oriental cupola, by the Turks in the 16th century. There are three saunas, two steam rooms and six pools of differing temperatures.

Enjoy a spa day on your Budapest Untour. It’s the perfect way to unwind after a few days of walking the cobblestones of the old town and visiting the city’s museums.