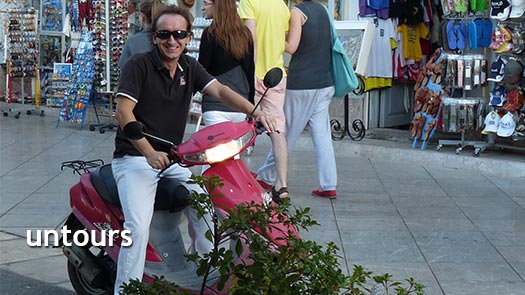 For our 40th birthday, it is fun to share stories and memories. A favorite of mine comes from our Greece Untour, and a daring rescue at our lovely Dimitri apartment.

Some guests of ours in Nafplio were having trouble with their building lock. One Friday night they came home and could not open the door at all. They called on Christos, our Untours host, at the Avis office where he worked. He quickly jumped on his scooter and drove over to help. When his key did not work either, he tried to pick the lock, but without success. He went back to his office and got some tools.

Back in St. Georges Square he climbed up on his scooter and scaled the wall, climbing up on the drain pipe and hanging on to the wires on the outside of the building, true Spiderman style. He couldn’t get into the kitchen window and had to further climb over to the balcony. He jimmied open the French doors and was able to get into the apartment.

This, however, is not the end of the story. He sent our guests out to eat while he got busy. By the time they got back from eating a quick dinner at a gyro stand, Christos had purchased and installed a new lock!

As the guests put it, “Christos gets our vote for Host of the Year!”

Our local Untours staff go above and beyond, but none quite so literally as Christos did that evening back in 2010 on our Greece Untour! Opa! 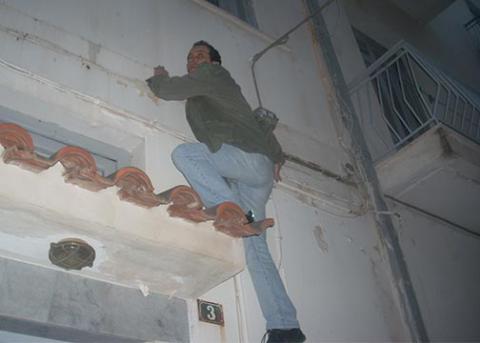