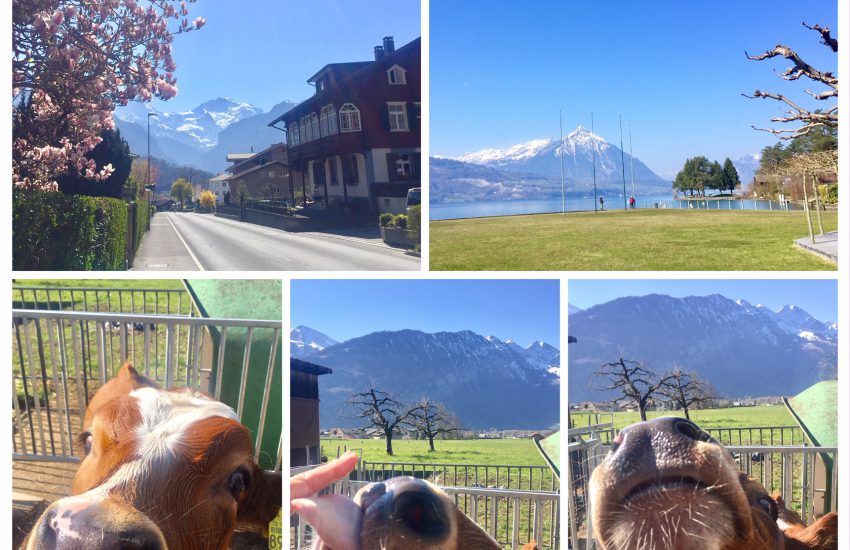 Jessica Powers has worked for our Swiss Untours for many years. She is an American who lives in Interlaken and sent us this report from Switzerland after returning from a visit to the US.

In Switzerland, our restrictions are mostly left up to everyone’s own discretion and sense of responsibility, with mixed, but mostly positive results. Until now most everyone has been good about staying in place, but with the lovely weather there’s concern for itchy city feet to wander more into the mountain areas.

We are very lucky to be in the countryside as well. My town, Interlaken, has about 25,000 people. and I’m minutes walk away from the forest and open fields with cows and goats and horses. My daily walks are like visiting a petting zoo!

Most people still go out walking every day, soaking up the sunshine, and happily remember their manners so while we stay distanced, we still exchange smiles and greetings: Gruessech, Guten tag.

Up to now, Switzerland has, per capita, a high infection rate but as a small country we are dealing with it fairly well. Our hardest hit areas have been the south, Ticino, bordering Italy and Vaud, in the west along Lake Geneva. Up to now we’ve had only a few cases in our region, so people are tense, but guardedly optimistic.

The discussion now is slowly turning to “the virus is one threat, but is the ‘cure’ causing more damage than good?” Meaning that April is bringing big discussions about the economy and if some things should be allowed to open up again.

I’m torn as I’m concerned for everyone’s health, especially older family and friends. But also I can see that if this goes on as the last month, irreparable damage may be done. Why do big chain supermarkets still sell alcohol and cigarettes, but I can’t buy flowers or a book from my local stores. which are in danger of going out of business?

The Swiss government has made quick and uncomplicated (unheard of in Swiss politics!) and widely approved programs for supporting unemployed people. They have even made concessions for self employed people who normally don’t have unemployment benefits.

Unfortunately the jury’s still out if that includes freelance people like, alas, tour guides…so I’m filling out forms and crossing my fingers (or ‘pushing thumbs’ like we say in German).

My husband works for the local train transportation so he’s actually working. We find ourselves in the unusually traditional roles of him leaving for work and me doing grocery shopping and cooking, with a little gardening thrown in! Rather than stressing about it, we’re laughing and I’ve promised him that as he is now our family hero. 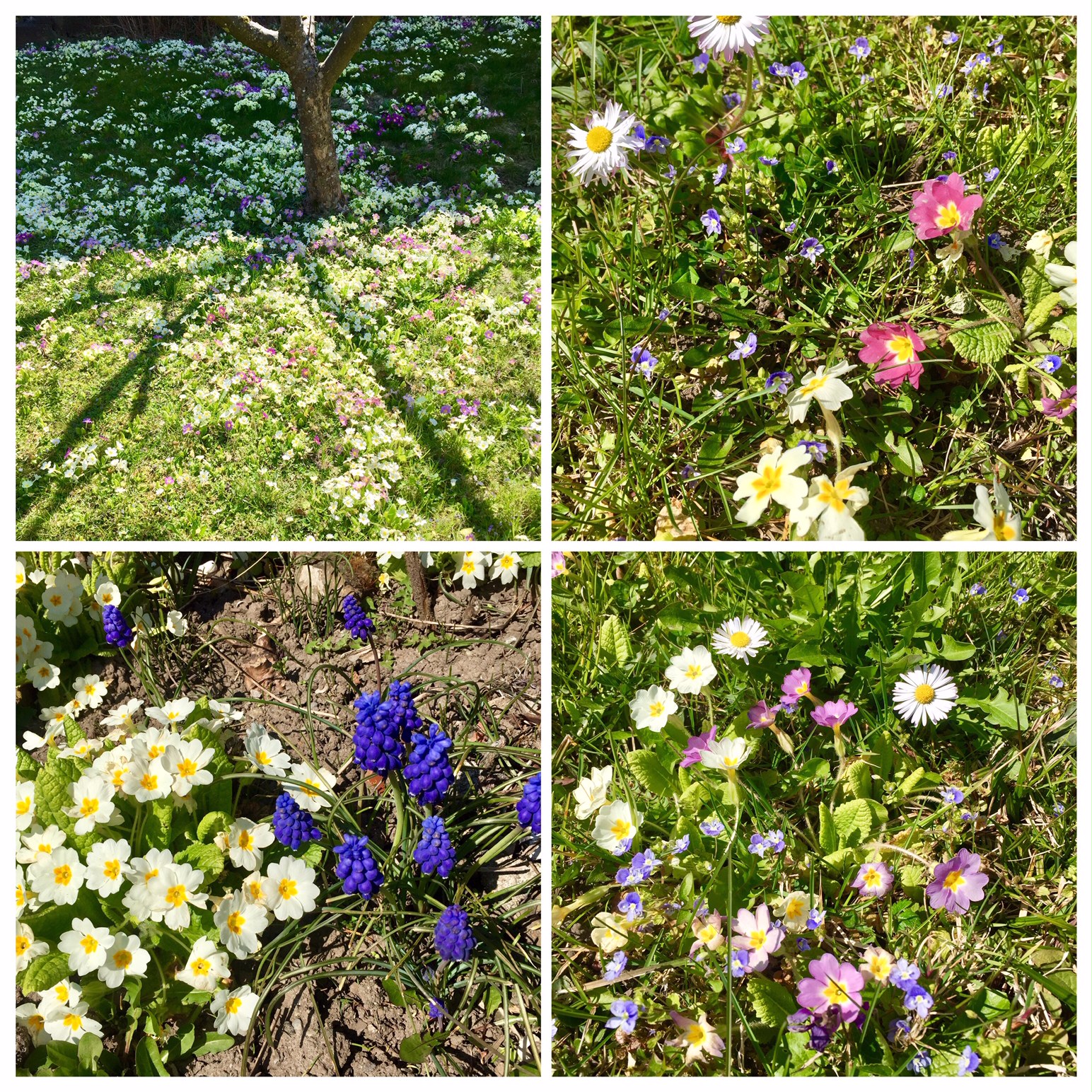 Earlier, in the US

From late February to the beginning of March my husband and I were traveling in the US. I feel lucky that I got to see family and friends before travel was put on hold. I also got to experience the beginning of this very strange time in both the USA and Switzerland as it unfolded.

I feel the US was a good 2 weeks behind the most serious concerns and outbreaks we had in Europe. February in California everyone was talking about it, but nothing had changed in daily life.

March brought daily changes as we road tripped around Nevada, Utah, and Colorado (with a few days in New Mexico). There seemed to be a sense of defiance and maybe, in hindsight, false security.

We were often in small towns and national parks so had very little contact with people, but the ones we did chat with were starting to worry. Disinfecting wipes and hand sanitizer were everywhere. People looked at you funny if you coughed or sneezed. A few small town hotels were closed. Colorado closed movie theatres state wide, then a few days later bars, and then restaurants became take out only.

One hotel in Utah didn’t have bread at breakfast. They said the whole town had run out of bread due to stockpiling. Tales of toilet paper hoarding dominated the news, and we visited supermarkets just to confirm the shelves were empty. Same for certain medicines and that darn hand sanitzer!

Monument Valley park was closed as were most destinations belonging to the Navajo Nation. (Now stories are starting to come out that they are being hard hit and are very worried.)

We decided to come home early when Switzerland declared a national emergency. Even though we couldn’t get through to the airlines, to our astonishment we had no problems booking new, cheap flights at our own cost.

Just a day or two later we would not have been so lucky, as Swiss cut back to 3 flights a week, only to and from Newark. Nature reminded us again who’s boss and our flight out of Denver was delayed due to a snow storm, but we eventually got home (over Newark) after a day and half delay.

In 1999 I was lucky to fall into this wonderful career in travel and tourism and it feels unsettling now to be in this limbo, contemplating if I have just as easily fallen out of it, at least for the time being. I stay positive but try to keep my eyes and ears open and be realistic.

The world will continue and tourism will at some point rebound, as will we along with it. Just as importantly, we will hopefully all stay healthy and safe. What our world will look like in the future I will leave up to the world to show me and as always, I’ll try to adapt as necessary.

I just try to be kind and understanding with those around me and hug whomever I’m allowed to at the moment.