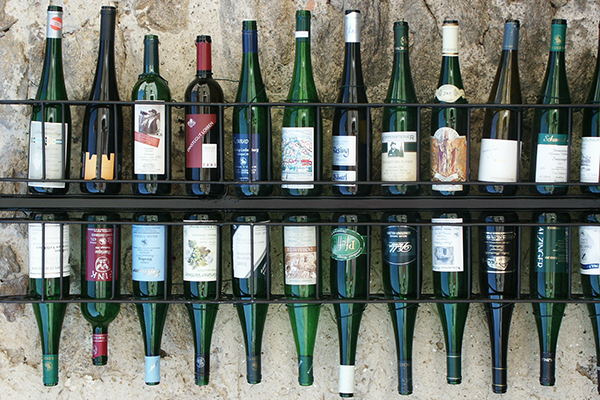 Though it is not well known for its viticulture, Austria produces excellent white wines and increasing good red ones. Vienna itself is a wine-growing region, surrounded by vineyards which supply the Heurige (see below) in the city and the outskirts with young local wines.
The most popular and wine in Austria is fruity, food-friendly Grüner Veltliner. Others options include superb dry Rieslings, especially from the Wachau region, and rich Weißburgunder (Pinot Blanc) from Burgenland.
Austrian reds tend to be soft and lush; robust reds come from the Blaufränkisch grape from the Burgenland region, which produces a peppery wine with hints of blackcurrant.
Especially in the summer, it is common practice to water down white wine with club soda or order a Gespritzter. 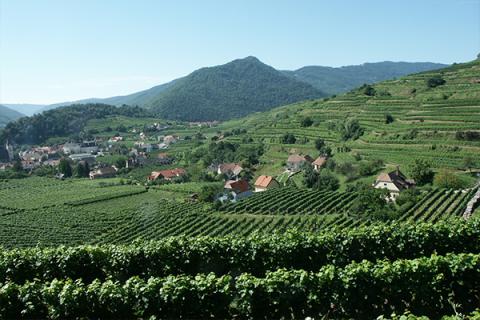 The Heurige is a uniquely Austrian establishment. Literally translating as this year’s, the word has two meanings. It refers to the youngest available vintage of the local wine, and also to the establishment that sells it.
Heurige dates back to the Middle Ages, but it was Emperor Joseph II in 1784 who first officially granted producers the right to sell their wine directly from their premises. The wine taverns are now one of Vienna’s most popular institutions with visitors.
Most Heurigen are rustic and have a garden or inner courtyard overgrown by grapevines. In the good old days, people used to bring their own picnics to consume, but nowadays, most taverns provide a self-service buffet of traditional Viennese fare.
The most popular Heurige can be found in the village-suburbs of Grinzing, Heiligenstadt, and Nussdorf, but you can also find some in the city center, called Stadtheurige. Our staff person on the Vienna Untour can make further recommendations.

Some of our favorite Heurigen include:
Toast Vienna and discover all the city has to offer on a Vienna Untour, or join local experts for guided tours and lectures on local history and culture on a Vienna Uncovered trip; events include a food and wine gathering!