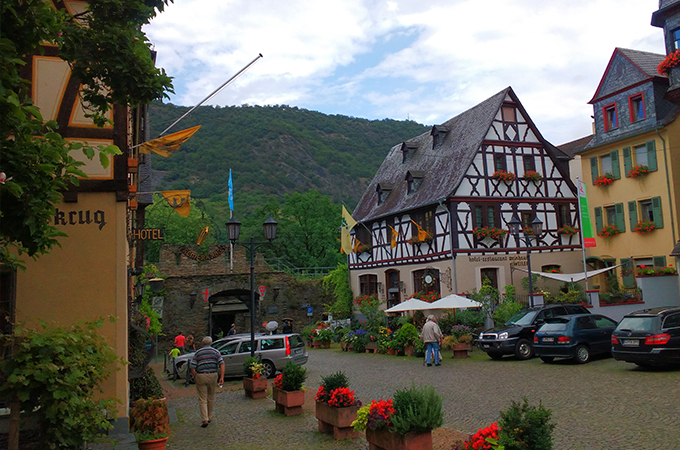 Oftentimes visitors enjoying Germany focus on the big cities, neglecting the beautiful country’s historical towns. Here is our list of the Top 12 Towns to visit while in Germany. 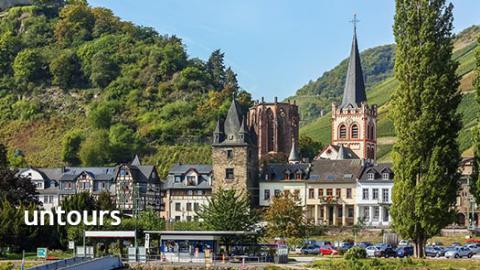 This tiny, picturesque town tucked in the Rhine Valley is known for its timber-framed houses and its beautiful churches.
Top Things to See and Do: Altes Haus (a medieval timber-framed house from 1368), Stahleck Castle (12th-century castle), climbing the Postenturm (for the best photos), and St. Peter’s Church 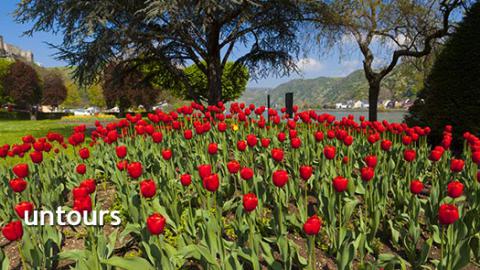 Also located in the Rhine Valley, this town is a UNESCO World Heritage Site, known for its winegrowing and agriculture.
Top Things to See and Do: Rheinfels Castle (impressive ruins), Deutsches Puppen – und Barenmuseum (German Doll and Teddy Bear Museum), and attend the Festival of the Flying Bridge (every year on Easter Monday) 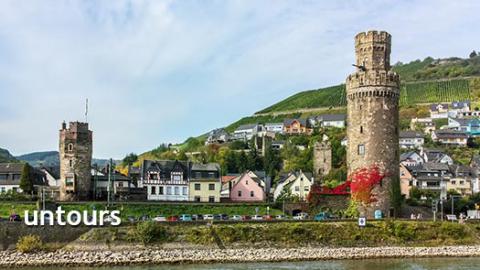 Located on the Middle Rhine, Oberwesel is filled with tons of historical buildings, including the Schonburg Castle which was built sometime around 1100.
Top Things to See and Do: Schoenburg Castle, Turm Museum (learn about the history of the knights), Michaelskapelle (beautiful church) 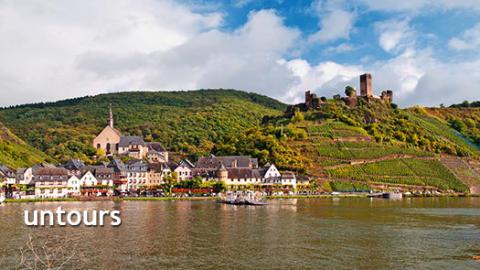 As the third largest city in Rhineland, Koblenz originates from the Latin word meaning ‘the merging of rivers’. Well known for its military history with more attractions than the smaller towns in Rhineland, Koblenz pleases all.
Top Things to See and Do: Wehrtechnische Studiensammlung (small military museum, a real hidden gem!), Schloss Stolsenfels (ancient castle), Romanticum (interactive museum about the River Rhine) 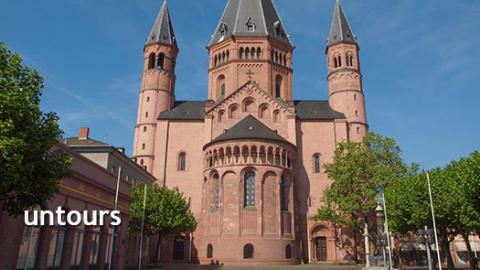 Famous for being the birthplace of the movable-type printing press, Mainz is obsessed with books. Near the University of Mainz, the Gutenberg Museum looks into the history of printed masterpieces while across the street you can try out such technology yourself at the Druckladen.
Top Things to See and Do: Gutenberg Museum (for every book lover), Landesmuseum Mainz (fine collection of German paintings, porcelain and furniture), Dom St. Martin (world-famous cathedral) 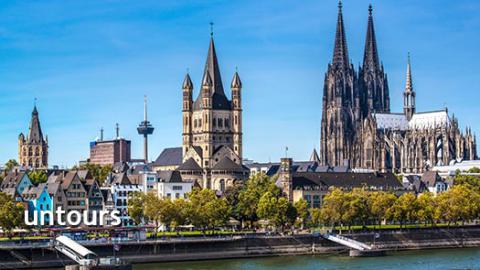 Most famously home to the Cologne Cathedral (Koelner Dom), and a series of twelve romanesque churches, Cologne is a living textbook. Also where Schildergasse is, dubbed the busiest shopping street in Europe with 13,000 people passing through every hour.
Top Things to See and Do: Cologne Lights (every year in July this impressive firework display lights up the town), Koelner Dom, Romisch-Germanisches Museum (Roman life museum), Schokoladenmuseum (a chocolate museum: need we say more?) 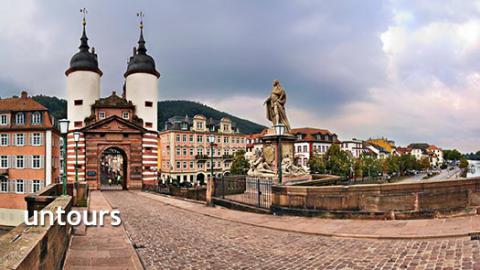 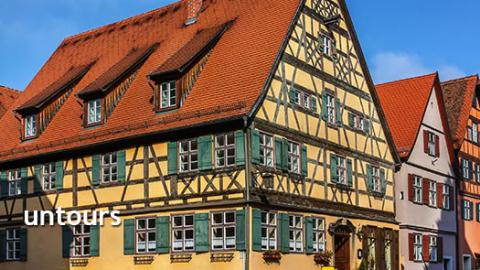 As part of the Romantic Road, it is no surprise that Dinkelsbuehl is a gorgeous, historical, Bavarian town. Known for its beauty and small town charm, Dinkelsbuehl is a nice escape from the chaos that is Munich.
Things to See and Do: Walk around Old Town, St. George Church (impressive Gothic Architecture), Kinderzech-Zeughaus (tiny children’s/armory museum) 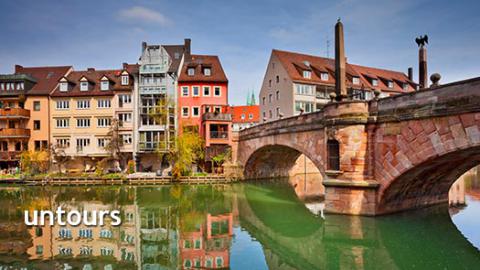 With a rich and haunting history, Nuremberg is the second largest city in Bavaria. After WWII the city was nothing but rubble, so over the last seventy years has rebuilt itself, returning to its former glory.
Things to See and Do: Germanisches Nationalmuseum (home to the world’s oldest pocket watch), Kaiserburg (medieval castle which also houses a museum), Tour the Nazi Party Rally Grounds and learn about the significant WWII history that took place here 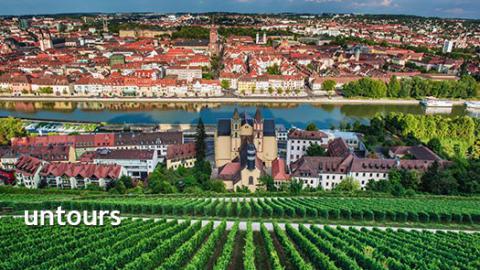 Placed along the Main River and known for its wine, art and architecture, Wuerzburg was also mostly demolished during WWII leaving much of the buildings now new and the city still growing.
Things to See and Do: Wuerzburg Residenz (gorgeous baroque palace), Grafeneckart (houses a scale model of the WWII bombings showing how much of the city was damaged), Staatlicher Hofkeller Wuerzburg (touring this winery, owned by the Bavarian government, includes a tasting) 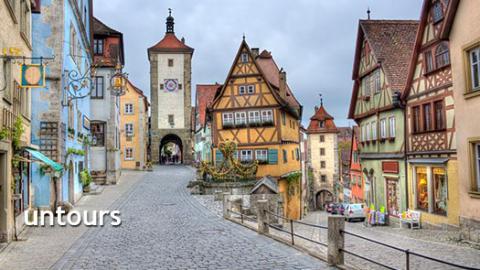 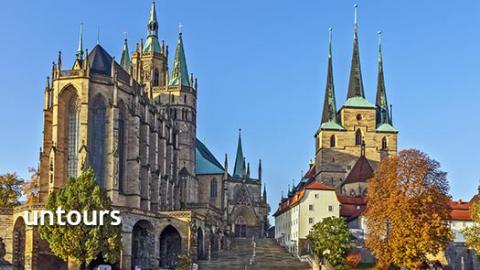 Home to over 25 Gothic churches, Martin Luther attended the city’s school, Erfurt University and was ordained as a preist in Erfurt.  The city of flowers and horticulture is in the heart of Germany with many significant Jewish sites, such as Europe’s oldest standing synagogue.
Things to See and Do: Erfurt Cathedral (1200-year-old Catholic Church), Old Synagogue (the oldest synagogue in Europe), Ega Cyriaksburg Erfurt (Erfurter Garten- pack a picnic and enjoy!)

Interested in visiting these towns? Check out our German Untours here!