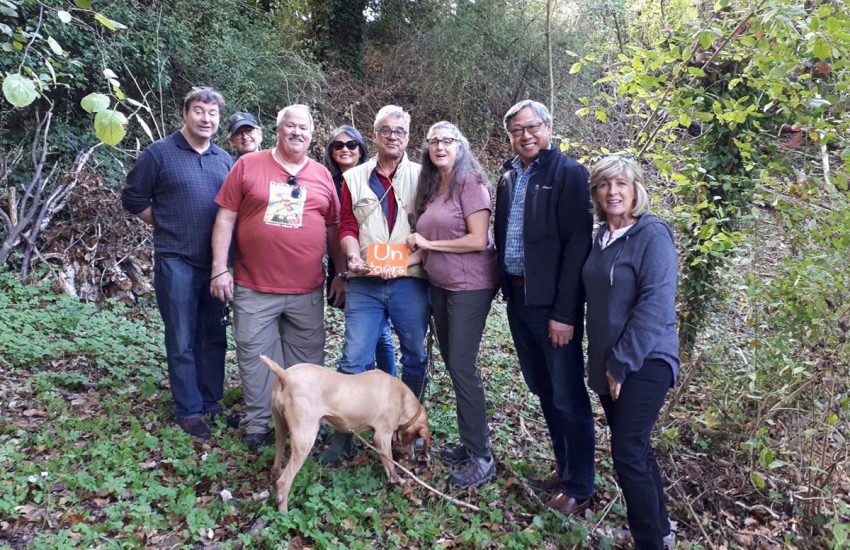 Tuscany is synonymous with wine and food tradition, an Epicurean streak running through the region’s history, economy, and daily life. Our Wine & Food Untour is a natural in the region, and truffles are a given for a fall food (un)tour in the region.

Truffles grow underground in certain zones within the Val d’Orcia, the center of the Tuscany Untour, in the wooded thickets of the region south of Siena.

Since 2018, we have offered a fall Wine & Food Untour in Tuscany and included an expert-led truffle hunt as part of a broader menu of included activities that also includes a cooking class and a guided afternoon of winery visits with driver. 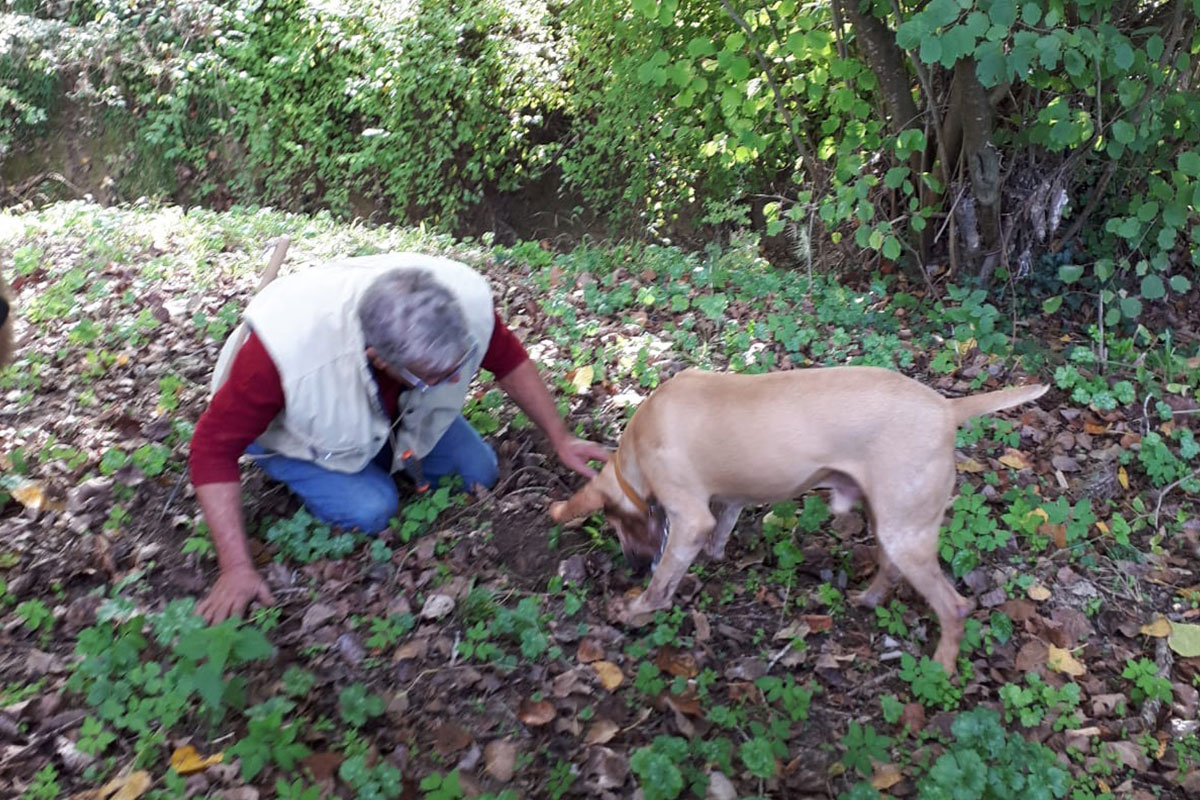 Our 2019 truffle hunt took place in mid October in a private truffle reserve near San Giovanni D’Asso, not far from our Tuscan homebase of Montalcino.

The group was hunting white truffles, which, while not common, are more typical to the area. They range in size and are aromatic and delicate. They can fetch upwards of $1500 a pound, though a very small quantity of the mushrooms is used in cooking. The delicate white variety is normally grated atop a hot dish, like pasta, to maximize its flavor.

Our truffle guide Gino leads our group. He is a native with family ties to a local farm that hosts Untours. He took our group into the reserve with his dog Willy. 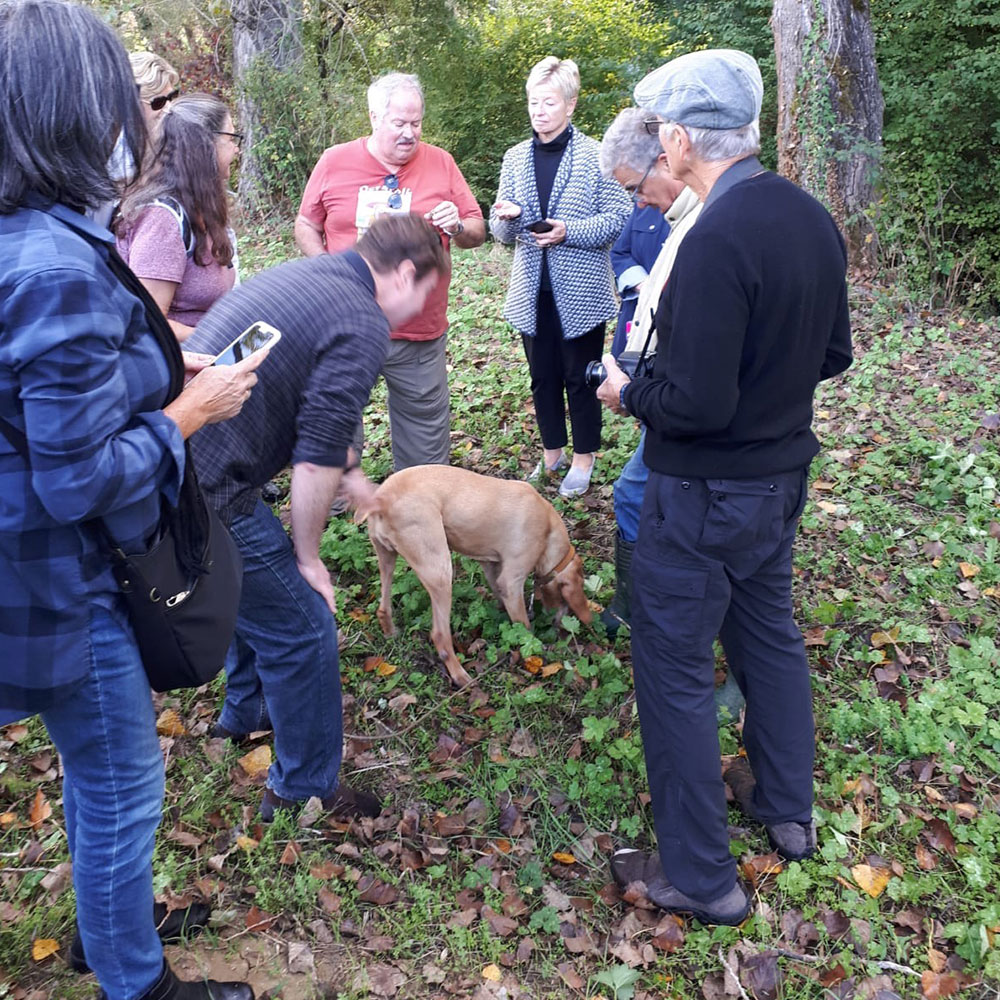 “Gino is a lovely man,” says Tracy, our Untours host in Tuscany. “We walked behind him and the dog. This was very important because the dog would have picked up the people’s scent if we were walking in front of him.”

Willy is essential for the hunt, as only a dog can smell the truffles beneath the ground’s surface. Humans cannot detect their odor when they are buried. When the dog sniffs them, the humans must step in quickly, as Gino did. 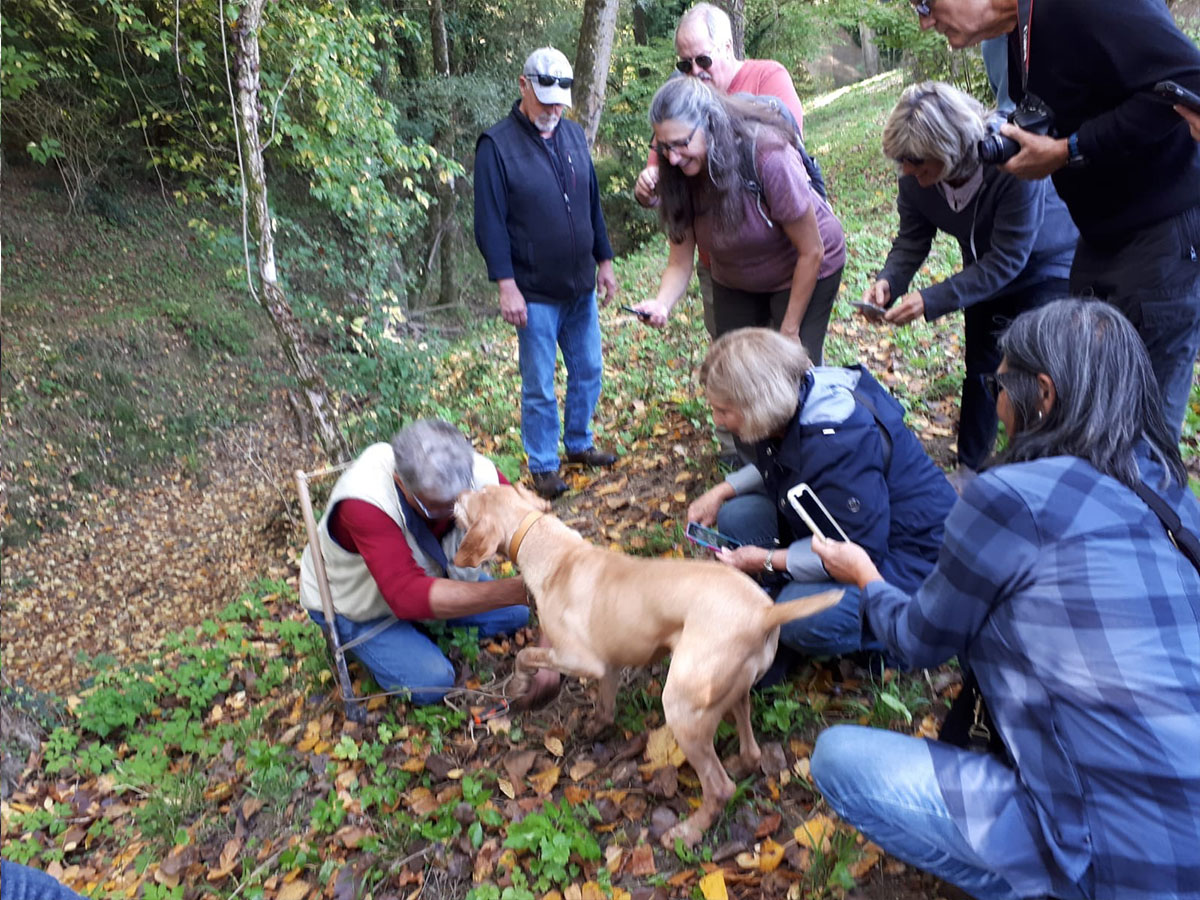 “When the dog found them, he got very excited and started digging frantically with his front paws,” says Tracy. “At that point he needed to be held back by Gino, otherwise he would just have eaten the truffle himself! It was really interesting to watch the process.”

This Untours expedition unearthed 6 small white truffles, which were turned into a pasta dish that was prepared at a nearby farm as part of a leisurely luncheon that followed their successful forage.

“The guests loved it, and the lunch was divine,” says Tracy. “Everyone was very enthusiastic about eating so much white truffle. It seemed very luxurious.” 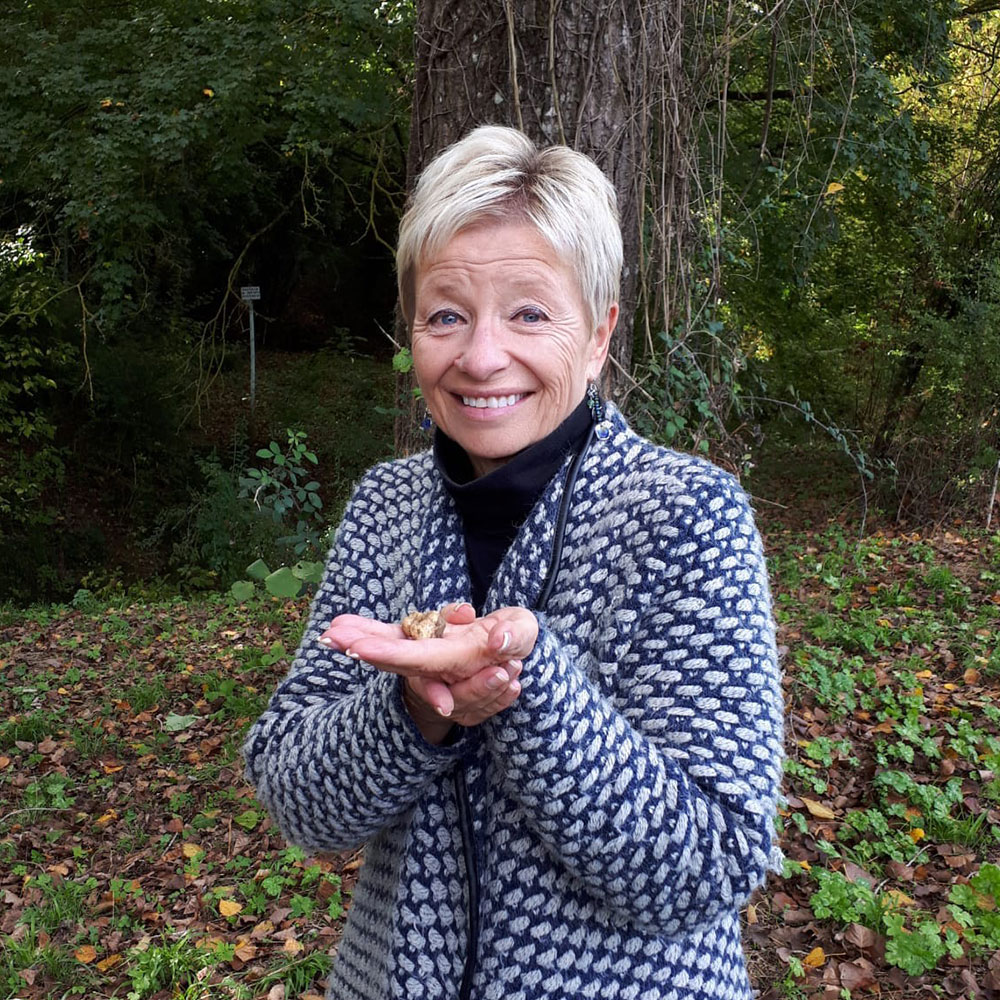 “The Wine and Food Untour was out of this world! The quality of the guides, the food, the wine, the locations, the generous meals and wines were first class. The cooking class with Leslie was a load of fun and the meal afterwards with different wines was splendid. The truffle hunting was an experience you will not forget,” says Suzanne Amiano. “The lunch afterwards was wonderful, made more enjoyable by the friendly, welcoming hosts. Again, the different wines and vin santo offered were truly generous.”

“Of course the winery tours and tastings were so well planned; the lunch at Il Pozzo was delicious. Our guide, Alessandro, was so friendly, spoke such good English, and was so knowledgeable about wines and the history of the area. All three events were well planned, took a full day to complete (not rushed in the least), and were very generous in the amount of food and wine offered.” 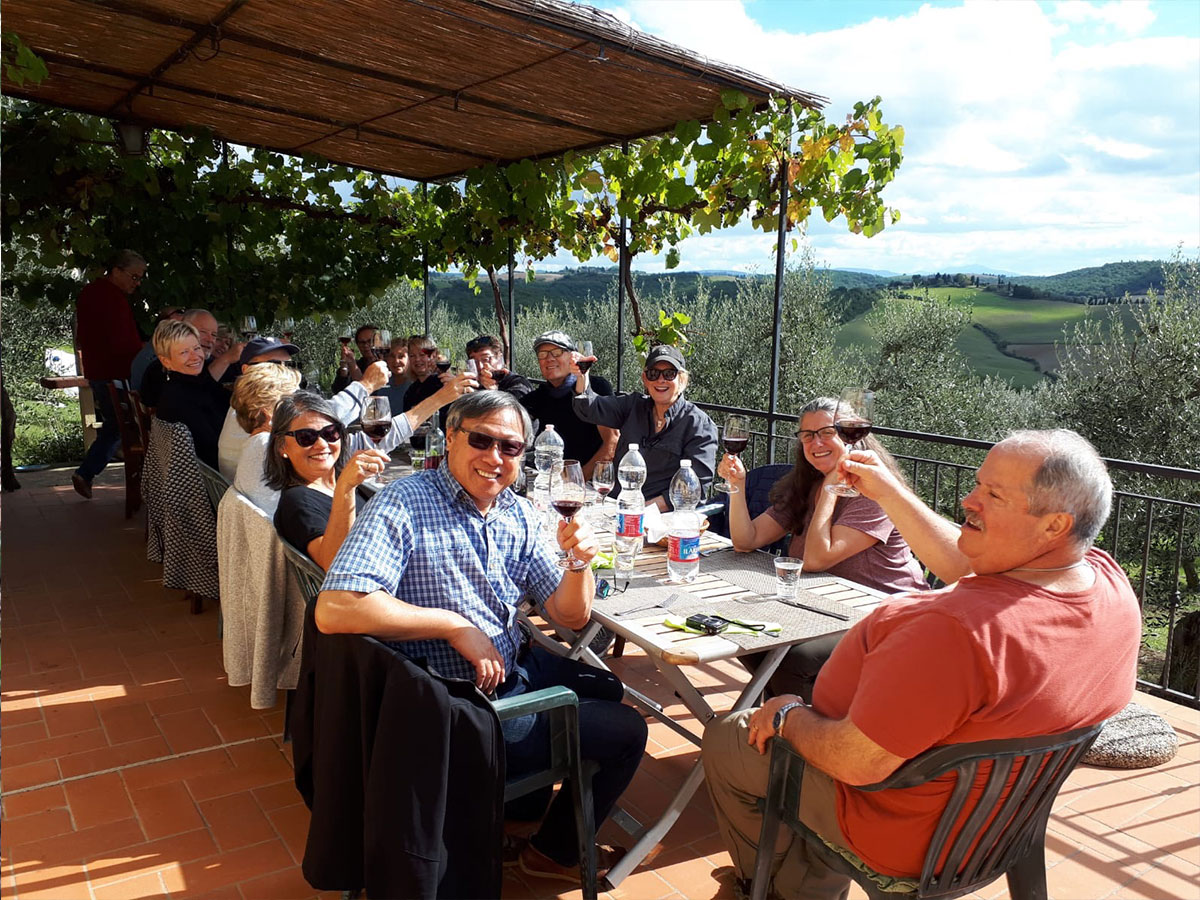 Cherise Poulin was also part of our group. “The planned activities were engaging and authentic, so thankful to have been a part of this special week,” she says. “Our apartment on the vineyard was amazing with all the comforts one could need for a week. Popping into the tasting room was a special perk at our location.”

We will offer the Tuscany Wine & Food Untour again in 2020, on the week of October 14, and it will again include a truffle hunt, along with cooking class and wine tastings. For those interested in the truffle hunt only, it will be included as the on-site activity for our October 21 Untour as well.

We also offer Wine & Food Untours in Provence and Spain, with new 2020 programs in Barcelona and Andalusia that focus on traditional Spanish cooking and local wines, cheeses, and mushrooms.