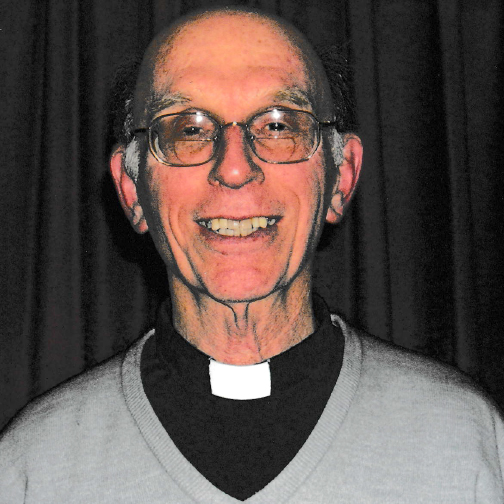 We are excited to announce our winner for the Untours Giveaway! Father Thomas Lumpkin will receive a free 2-week Untour for 2 people, including airfare. It is our way of saying thank you to a noble community leader and helping make travel accessible to all.
Thomas Lumpkin, better known in his community as Father Tom, is a diocesan priest and co-founder of the Catholic Worker community in inner city Detroit. He helps run a meal program there and the homeless shelter where he himself lives.
Lumpkin was first awakened to poverty issues when he studied in Europe as a theology student in the early 1Elizabethkillough0s. “Europe was still recovering from World War II and I saw poverty like I had never experienced.”
He studied in Belgium but traveled all around Europe over those years. “I remember seeing people living in refrigerator boxes in Naples,” he says.
“I went over to Europe a sheltered, unquestioning young man. Travel opened my eyes to a wider world.”
At the time he says he was already asking questions about the work he was called to do. He wasn’t sure he wanted to settle into a life as a parish priest. In his travels through the cities of Europe, he found his answer.
Lumpkin grew up in the Detroit area and returned to help found a Catholic Worker community in Detroit. The Catholic Worker movement was started by Dorothy Day and Peter Maurin. it is based on the idea that followers live the Christian ideals of service to the poor and work for social justice. Its members often live in solidarity with the poor.
As Lumpkin describes it, he lives in a hospitality house, “which is Catholic Worker jargon for a homeless shelter.” He and another staffer live on site with 6 homeless people at Day House, sharing a dwelling, meals, chores and other routines. “It can really challenge your sense of self if you aren’t solid in who you are,” he says, describing the demands of life shared in community.
Lumpkin also co-founded the Manna Community Meal Program, which serves about 150 people in the Corktown community, offering lunch Monday through Friday. He helps with meal prep, serving and clean up. The program aims to impart a sense of dignity and belonging to its many regular diners.
The shelter and soup kitchen run on donations. As Lumpkin describes it, “I get room and board and $15 spend money for the week.” He only got health insurance when he turned 70.
On Sundays, he says mass at Wayne County Jail, reaching out the incarcerated in his community.
One of the tenants of the Catholic Worker movement is its belief in social justice and activism toward that end. Lumpkin has taken to the streets in solidarity with the poor, most recently to protest Detroit’s controversial move to shut off water for residents who were in default on their bills. He joined activists drawing attention to its effect on those living in poverty.
Thomas Lumpkin was nominated for the Untours award by his sister. He was among dozens of deserving candidates. A committee narrowed the list to a handful of finalists. The final decision was made by a staff vote.
Lumpkin says he will use the free Untour trip as a time to unwind and to see some of the places that inspired him as a younger man.
To donate to the Manna Community Meal Program, click here for details.