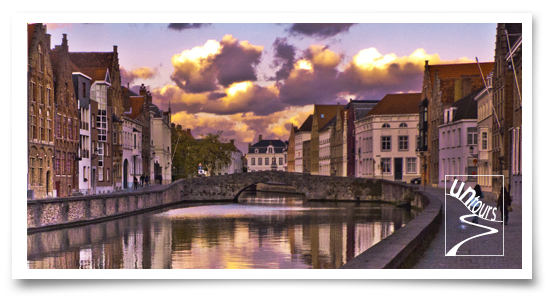 This Monday, the Untour bloggers (here in our suburban Philadelphia offices)   have a certain lady in mind…..Sandy.  As in Hurricane Sandy.  We hope everyone is battened down properly, if you are in the large lady’s path.  If by some chance, you find our Untours Blog has fewer posts, you’ll pardon us.  We’re likely indisposed, or out of power, thanks to Sandy.

To distract you from either the storm, or, if you are not in her path, all the weather hype you’ll be bombarded with about Sandy, we’ve put together some of the photos of Holland that we received in this year’s Photo Contest.

We can’t think of a more appropriate place to direct your attention when trying to get one’s mind off the weather.  As these photo’s attest, Holland has a lot of different skies….and weather.  But the town of Leiden seems to be beautiful in all lights.

Deborah Greiner, Holland Untour, 2010 (the lacemaker in Brugges and the bittenballen snack in Delft

Scott Clemens, Untourist-to-be (Different shots of Leiden and it’s canals as well as the shot that actually graces this year’s Fall catalog, of the town of Gouda…and its cheese)

Find more photos like this on Untours Cafe; click the arrow on the far right bottom corner to find the credits.