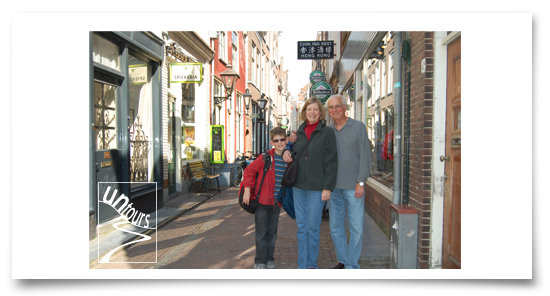 Jack, Lila and Jack (the grandson!) in where else?  Holland!

If there was only one family that could be the “Untourists of the Week” for Holland, it might just have to be Jack and Lila Korvink.

Jack and Lila come to the Holland Untour by a slightly UN-typical route.  Jack was born in Holland.  As a matter of fact, Jack was born in Rotterdam in 1940.  For those of you who know your World War II history, you’ll  quickly recognize that being a baby, in Rotterdam, in 1940 wasn’t the luckiest spot to enter the world.  Rotterdam was perhaps the most heavily damaged Dutch city.  It’s stunning modern architecture today is  there because by the end of the war, there weren’t many buildings left standing in Rotterdam.

Somehow, Jack made it through.  In the Post-War era, his father traveled a great deal in the USA for business, and, hearing his father’s stories of America, the young boy decided that as soon as he could, he would go to America as well.  “I don’t remember the war….I was too young, but I do remember that, as a young boy,  there were many places in my city that I couldn’t go, because there were so many unexploded bombs.”  Jack ended up going to America, with his father, when he was only 15, and soon after that he ended up living with his father’s business partner’s family in Birmingham, Alabama.  Imagine being a Dutch boy, with no English, plunked down (via your own wishes) in an American family in Birmingham, Alabama.  Talk about culture shock!

When I asked Jack what made him want to go to America so badly that he was willing to uproot himself, his first reason was, “Well, they liberated us.  And I just thought, if any country would send their soldiers into harm’s way for us, to help us get out of the situation we were in, well, that had to be a country full of nice people.”  In addition, Jack said his youth was full of American culture, mostly via Hollywood movies, that made him think adventure awaited around every corner.  The United States sounded like a wonderful path for a young boy, to get out of an old culture, into a big, open country.  “The distances, the optimism; America seemed full of possibility to me.”

The Korvinks first went back with us to Holland in 1995.  Since then they’ve taken 6 Holland Untours, as well as going with us to the Rhine Castle, Austria, Paris and Vienna.  They’ve taken each one of their grandchildren, by themselves, with them to Holland.  One of the first things, little Jack (the grandson) said after arriving in Holland is, “I could live here!”.  They’re already booked for 2014, when the next set of grandkids have reached an age where they can travel with their grandparents happily. 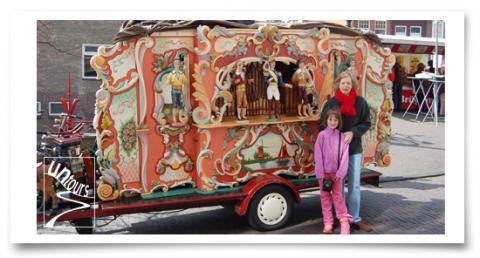 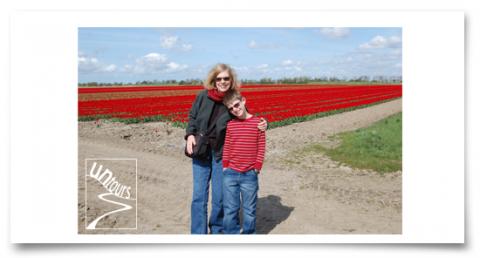 We asked both Jack and Lila why they have returned time after time with Untours.  After all, Jack is fluent in Dutch and they might easily find their own way around the country.  Jack says, “Untours does the hard part for you, the right air and ground transportation arrangements , the help when you get started, the research on the best events and daytrips. It’s like they put all the best ingredients there for the traveler, right at hand.  That makes it easy to make the time there what we like to do, without running into the headaches we might, if we didn’t have Untours.”

“We also have found over the years, that Untours gives us just the right amount of socializing.  Through the great apartments (in one building)in Leiden  you get to know your Untourist ‘neighbors’ as much or as little as you want.  We almost always find one or two families that are fun to hang around with.  Then some days, you make a plan together.  Some days you do things on your own.  And some days, you just laze around Leiden, which is a great way to spend a day.”

We asked Jack if, after nearly fifty years as an American, did Holland still feel like home when he went back.  ” I love a lot of things about Holland.  I love that they shop daily in the open markets and the food is so fresh. I like the downtown full of small independent stores, instead of big chains.    I love the way they manage their bike system and encourage people, by making it safe and easy to bike, to stay active.  I love seeing people my age and older, riding their bikes just as a matter of course.  It’s not a sport there, it’s a way of life.” Jack reflected:  “But I am probably, at this point, more American than I am Dutch.”

One small piece of Holland that Jack does bring back with him is the trains.  Literally.  He is a member of a miniature train club and one of the hobbies he is passionate about it recreating the wonderful Dutch train system.  Both he and Lila have remarked, on their many train rides in Holland, about the beauty of the small flower and vegetable gardens that often run next to the train line.  So Jack recreated the setting! 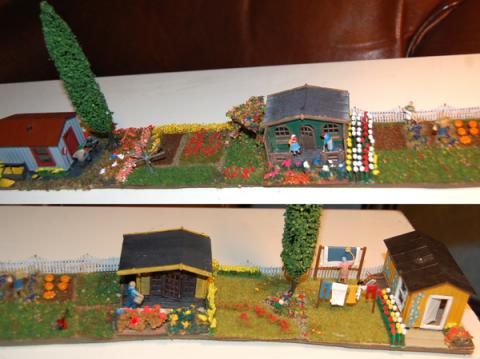 Lila adds that their friends tease them about going back to Holland so many times.  “When we stop having so much fun, we’ll stop going, but so far, every time I go, I love it more. In some ways, it feels like my second home, as well.”  she  concludes.