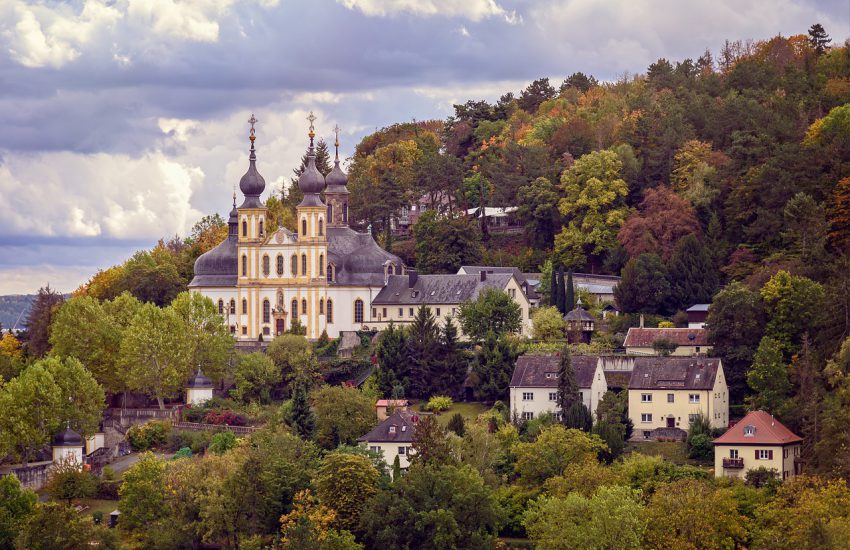 Leading into the heart of medieval Germany, the Romantic Road winds its way from Würzburg through Rothenburg, and continues southward into the Alps. A ride along the Romantic Road is a trip into the past, revealing countless magical scenes evocative of fairy tales and myth.

It is easy to understand why this is a highlight of our German Castle Untour, and why guests spend multiple days exploring the route by rental car (included in the Untour). Here is our guide to the most beautiful towns and villages along the Romantic Road. 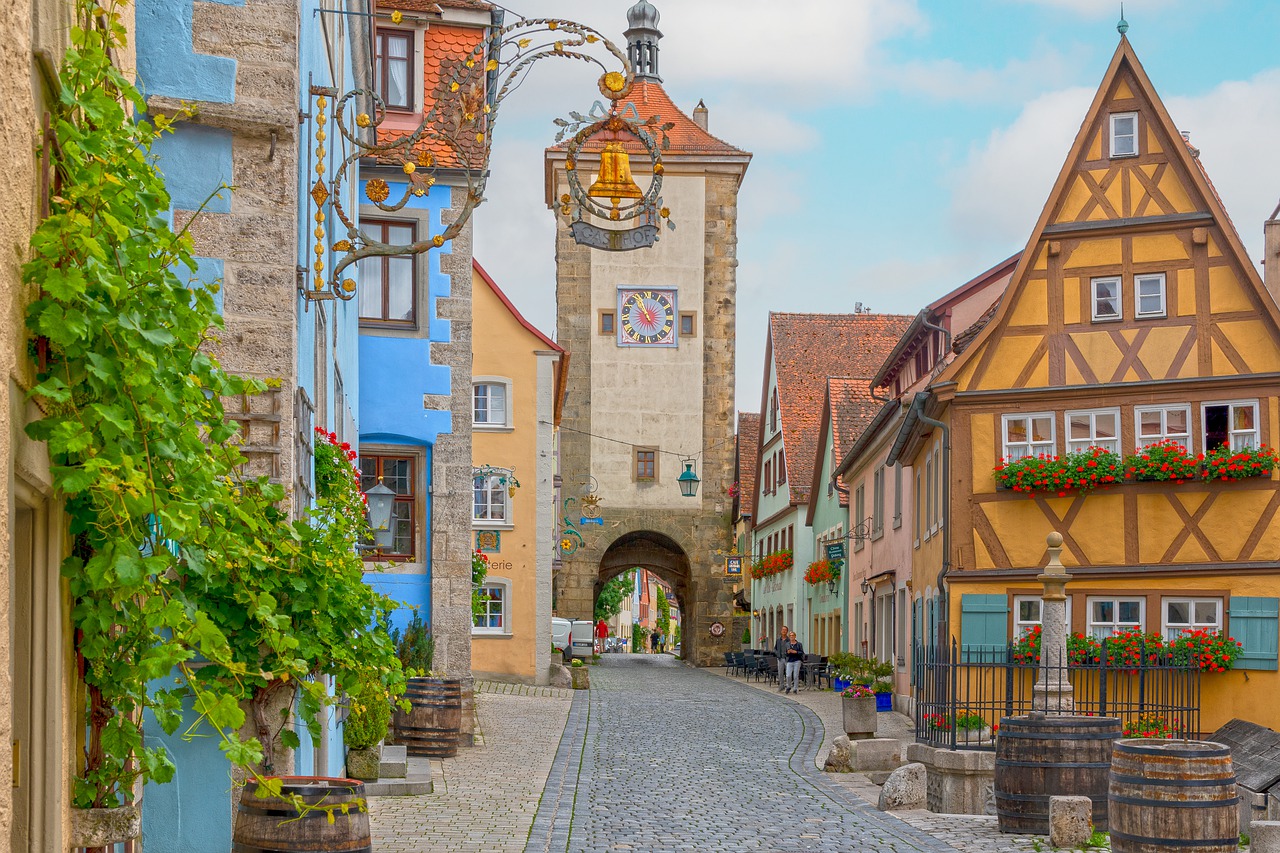 Rothenburg ob der Tauber
The best preserved and most visited of the Romantic Road villages, Rothenburg
is an almost perfect medieval town. With its walls, it looks the same as one imagines it must have 500 years ago. Amble through its streets and soak in the ambience. Also try walking a section of the city wall to get an overview of the town. St. Jakob’s Church features the Holy Blood Altar, a deeply moving wooden sculpture of the Last Supper carved by Tilman Riemenschneider in 1504. The fascinating Medieval Crime Museum features a ruthlessly thorough collection of medieval torture instruments, suitable to bring out the schadenfreude in all of us. Visit the huge Rothenburg Christmas shop to gawk at the astounding variety of ornaments and nutcrackers. 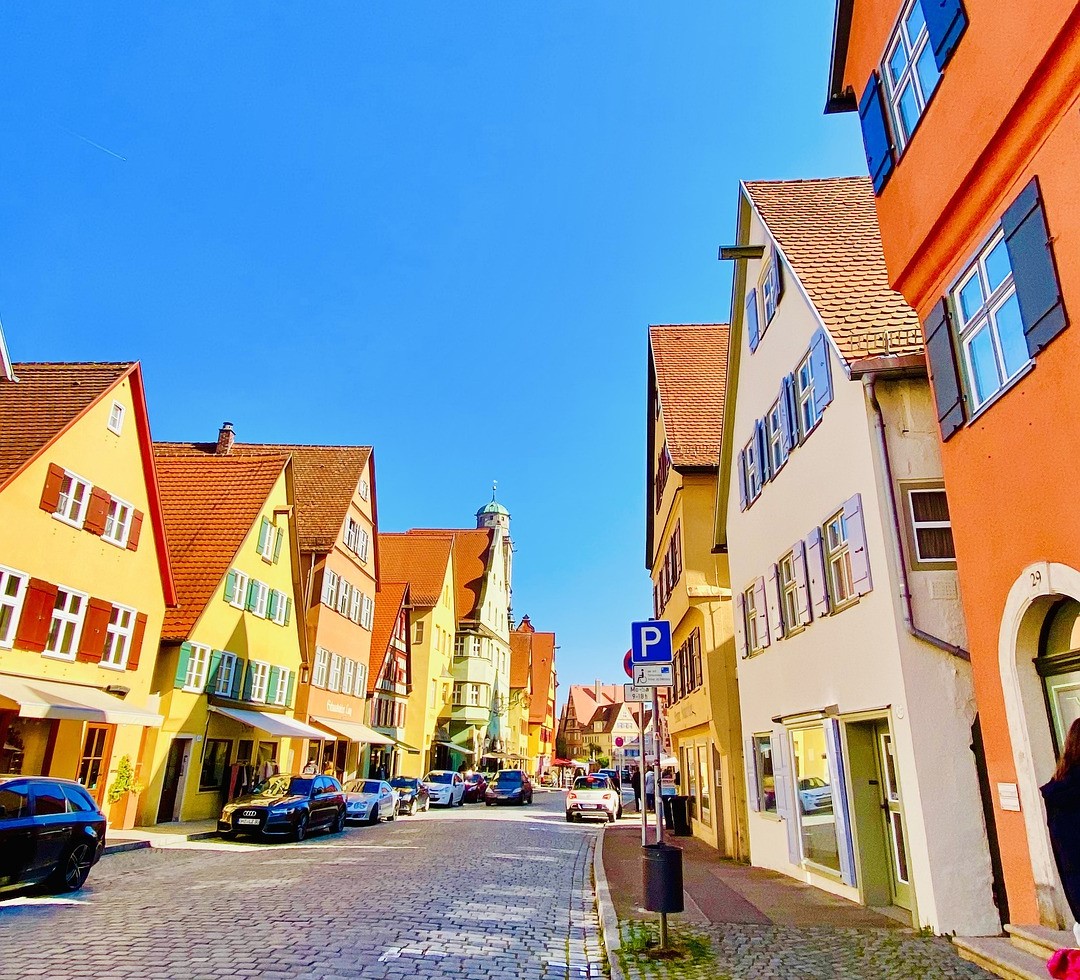 Dinkelsbühl
With cobblestone streets, gabled houses, ramparts, and towers, Dinkelsbühl has all of the medieval charm of Rothenburg—with fewer tourists. Linger here and soak in the medieval atmosphere. Stroll the pleasant path which follows the town wall, and visit St. George’s Church. The Historical Museum features displays on local history and handicrafts.

Feuchtwangen
A stop in this village can be combined with a visit to nearby Dinkelsbühl. Feuchtwangen means “wet cheeks”—the town is so named because the Emperor Charlemagne, according to legend, once stopped to wet his face in the local stream. Stroll around the pleasant Marktplatz, and visit the Stiftskirche, which shelters an important Altarpiece of the Virgin by Dürer’s teacher, Michael Wohlgemut. The Heimatmuseum has a collection of local arts and crafts. Stop for coffee at the Café am Kreuzgang, which has a view of the cloister said to have been founded by Charlemagne in 768. 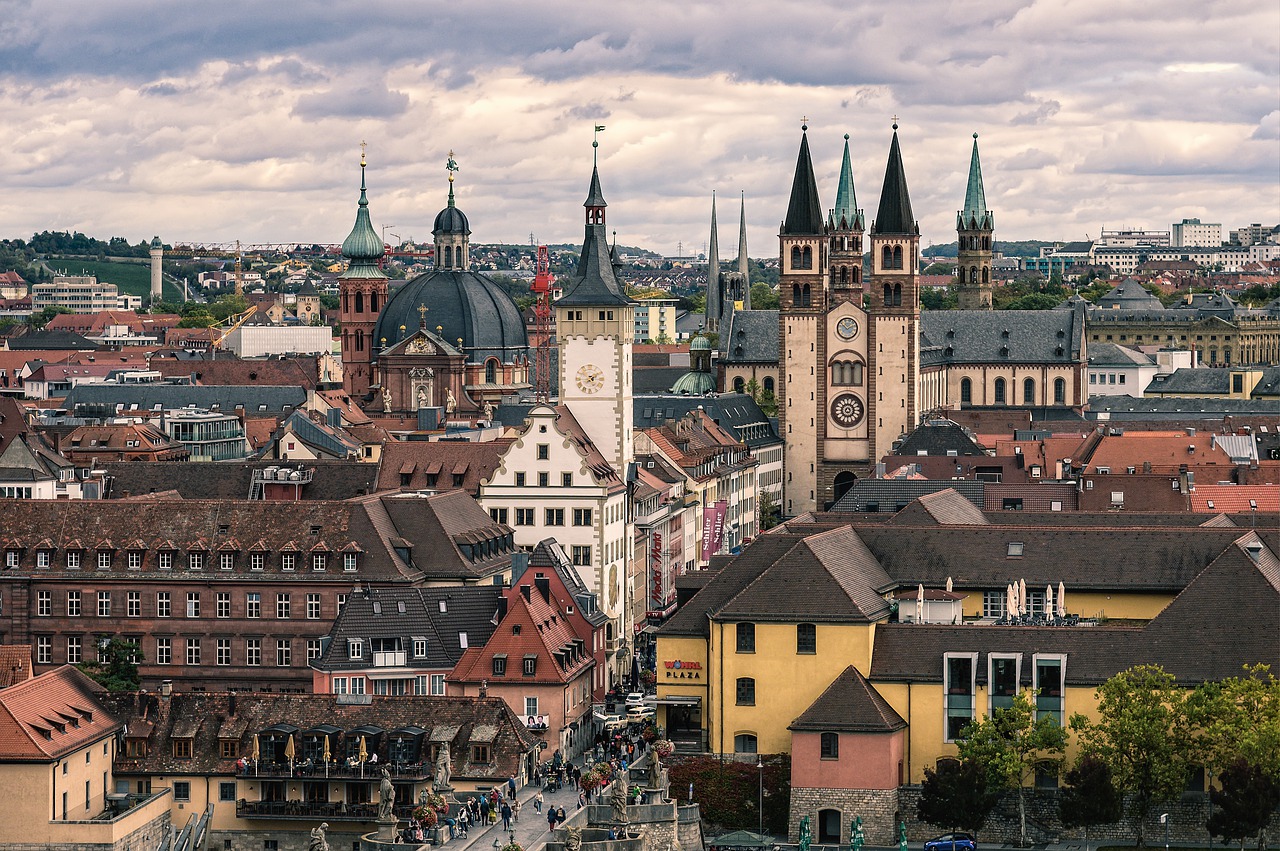 Würzburg
The center of the Franconian wine region, Würzburg is a regal gem and was a center of power in former centuries. A testament to this is the magnificent Würzburg Residence, where Prince-Bishops once lived. It is one of the most important baroque palaces in Europe and on the  UNESCO World Heritage Site list.  We also recommend visiting the Marienberg Fortress, from which you will have magnificent views of the town. Explore the castle’s interesting nooks and crannies, but be sure to leave time for the Mainfränkisches Museum, which contains a large and fascinating collection of beautiful carved wooden works by Tilman Riemenschneider, a late 17th century mayor and a master sculptor. For some window shopping, take a walk through the antique market in the main hall of the museum. 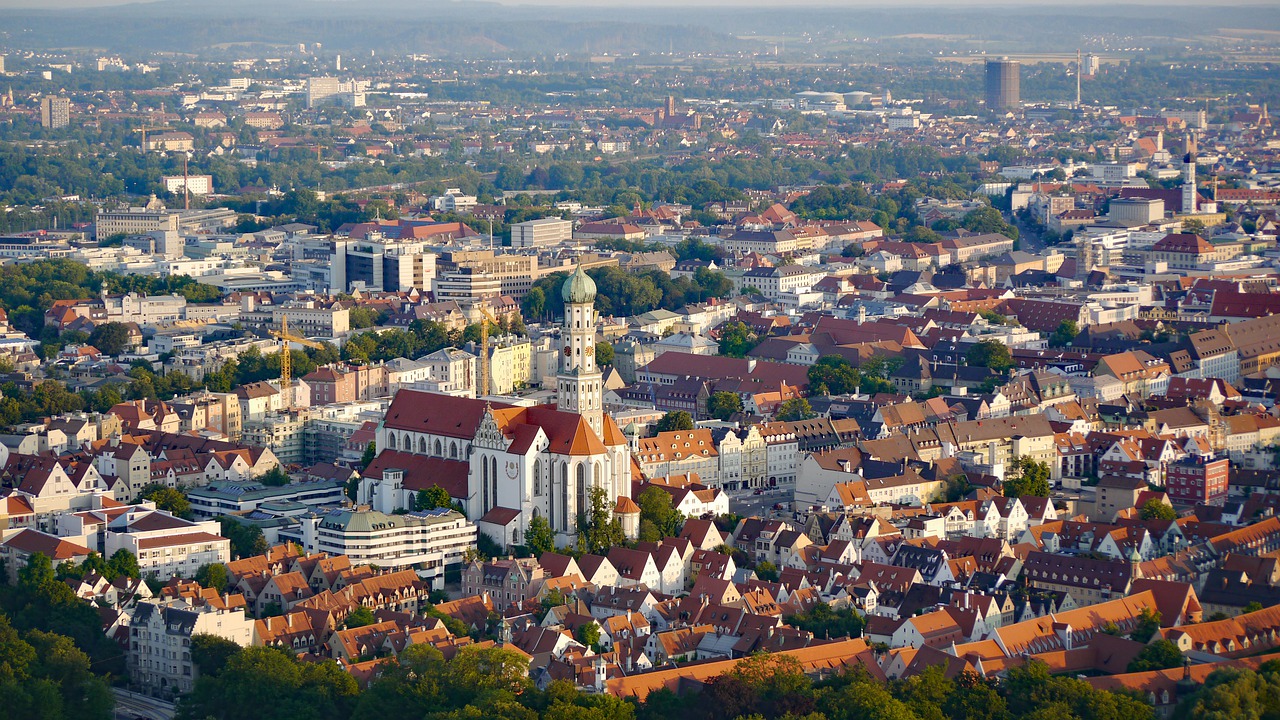 Augsburg
Germany’s second oldest city, dating to 15 BCE, is also a stop on the Romantic Road.
Augsburg was home to the Empire’s banker, appropriately known as Jakob Fugger the Rich.
The Fuggerei, which he founded to house the local poor, is Germany’s oldest social settlement.
Visit that town district as well as the Rathaus. 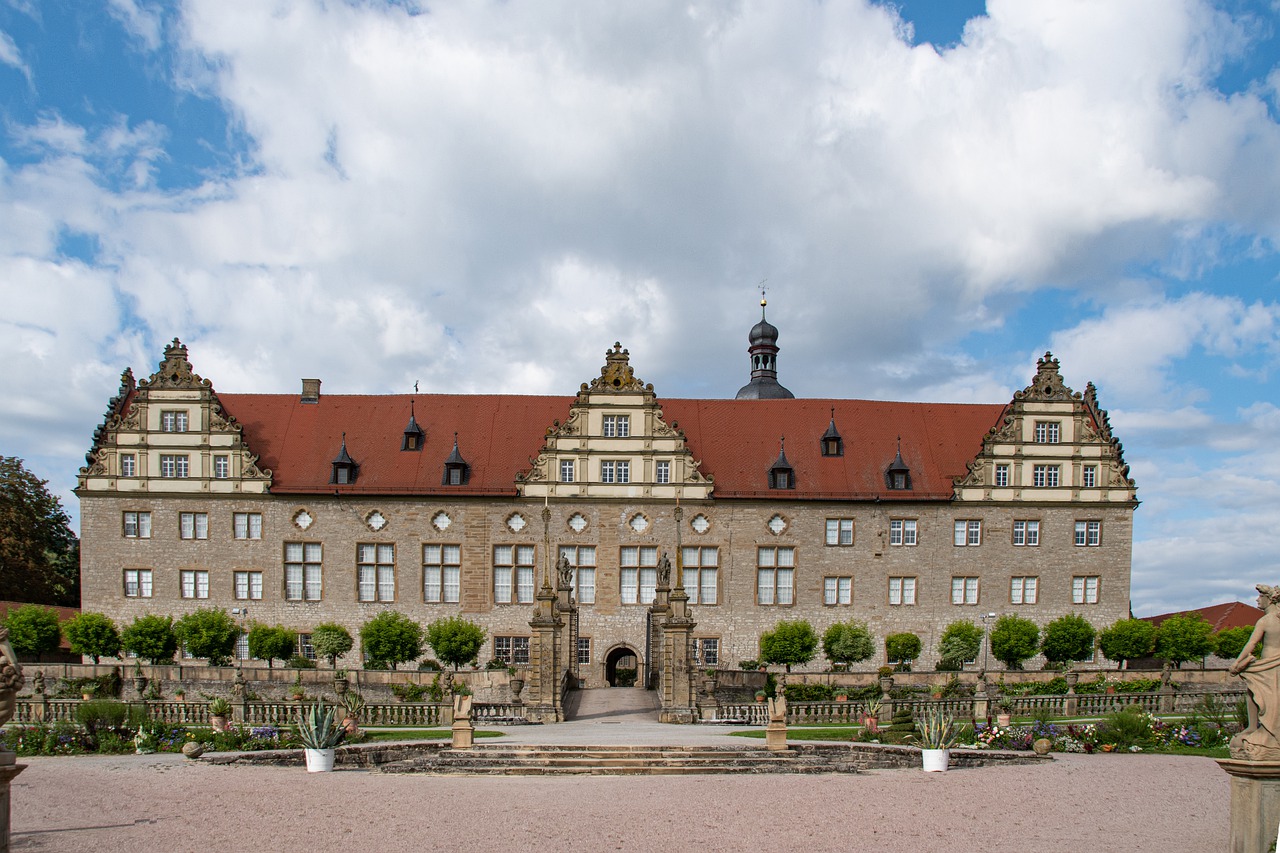 Weikersheim
Weikersheim is built around a castle which was once the seat of the Hohenlohe Princes. The
castle is known for its remarkable furniture collection. The formal gardens, which lead to an
orangery, are among the finest in Germany. Also be sure to visit the scenic town market.

The Romantic Road does attract its share of visitors. German Untourists often deviate. Keep in mind that some of your best “discoveries” will likely be in the many smaller villages which line the route—places such as Feuchtwangen, Ornbau, and Merkendorf. So strike out on your own and discover the smaller hamlets as well; you’ll have time to do it at your own pace on a German Castle Untour.