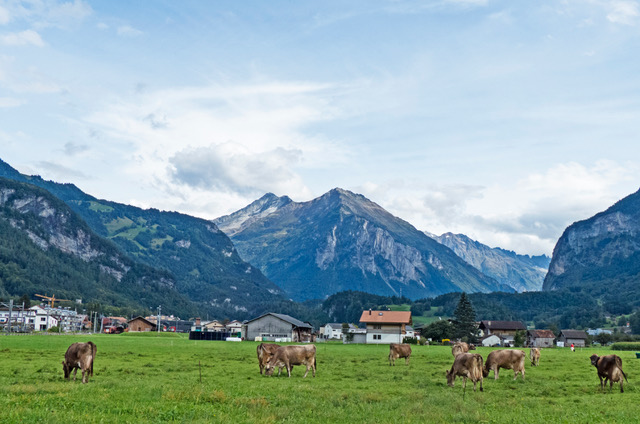 Vickie Kelber is a faithful Untouris alum and a contributor to the Untours blog. She recently shared these memories from Switzerland.

My husband and I have traveled to Switzerland more times than we can remember! Many of our trips have been with Untours. Our first trip with Untours was in 1991, back when it was called Idyll Untours! 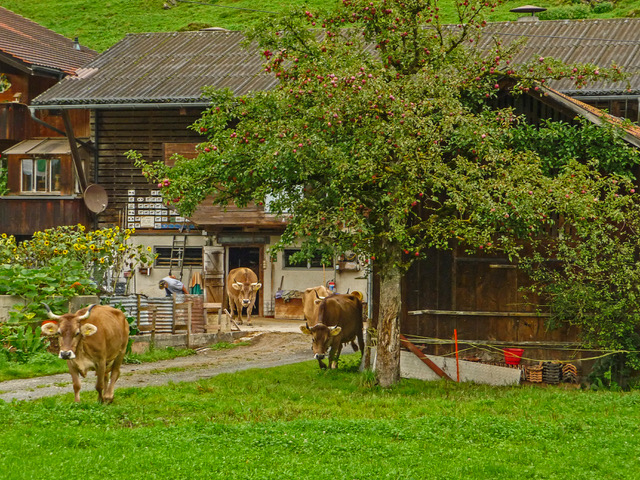 Whenever we go, we try to spend a month in Switzerland; sometimes in just one place, other times, dividing the time between areas. Typically, when we do that, we like to travel between the Ticino (the Italian speaking part of Switzerland that features Italian ambience and Swiss orderliness) and our beloved Heartland mountains.

Spending so much time there has allowed me the opportunity to go in search of some of my ancestors. The youngest of five children, my grandmother came to the United States from Zurich when she was eleven years old, after her father passed away. She lived with her aunt and uncle who had emigrated from Switzerland years before. He was a builder in the Bronx, New York, having constructed quite a few buildings there. 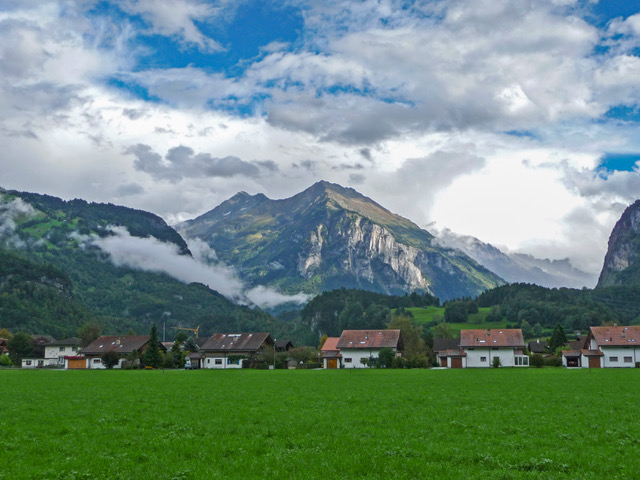 One particularly rainy June, while staying in Meiringen, I spent a day in the State Archives of Zurich, where I was able to trace my grandmother’s father’s family back to 1415 in Zollikon, a municipality on the Lake of Zurich.

Another year, I had done some research and had the address of my grandmother’s birthplace as well as the address of the house my great grandmother resided in when she passed away. Armed with an excellent map of the city, I found the first address, but, alas, there were no structures corresponding to that number. There was just a grassy lawn attached to a large house with the next number.

I had more success with my great grandmother’s house. I found it! I walked past it a few times when a young man came out. Fortunately, he spoke English and I explained why I was there. He asked if I would like to see the house, as he thought it probably looked much the same as when my great grandmother lived there.

I don’t know what I was thinking, but I accepted! Normally very guarded in strange situations, I guess I just felt very safe there. I was so glad I did. The house was fascinating, including having a dirt basement!

When I returned home and told a friend from Zurich about my adventure, he said that that particular street was known for hippies. And, he was correct, for when I entered the house, it very definitely looked like a hippie den. 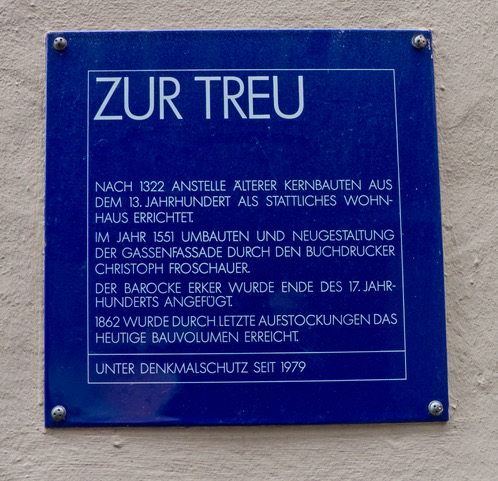 My final research came in 2014. After my mother passed away, I was going through some papers and came upon the Swiss obituary of my great grandmother. After getting another friend to translate, I learned that she was born in 1853 in a house of some historical significance. It was called “Zur Treu” (to the faith). Located on Wallisellenstrasse, it was the highest house in Zurich at the time. It was noted in the obituary that it was opposite the blacksmith guildhall. 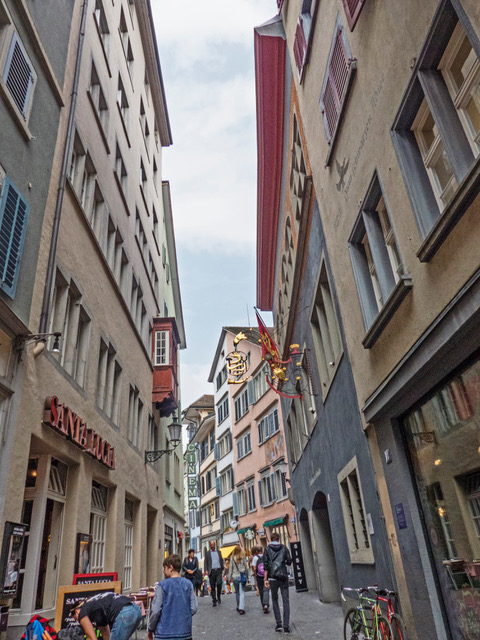 Once again in Meiringen for a month, my husband and I traveled to Zurich to visit the house. Sure enough, there was a historical marker on the house with its name. The first floor was home to an Italian restaurant where we had a wonderful lunch. According to the plaque on the building, it was built after 1322; the baroque oriel in the photo was added at the end of the 17th century.

It is remarkable that my love of Switzerland might be rooted, at least in part, in an ancestral link. Exploring family origins in Switzerland strengthened my connection to this beautiful country.

Read more about Switzerland here. Read Vickie’s report on London here. Or if you are looking for good reads, you can also read Vickie’s book reviews.