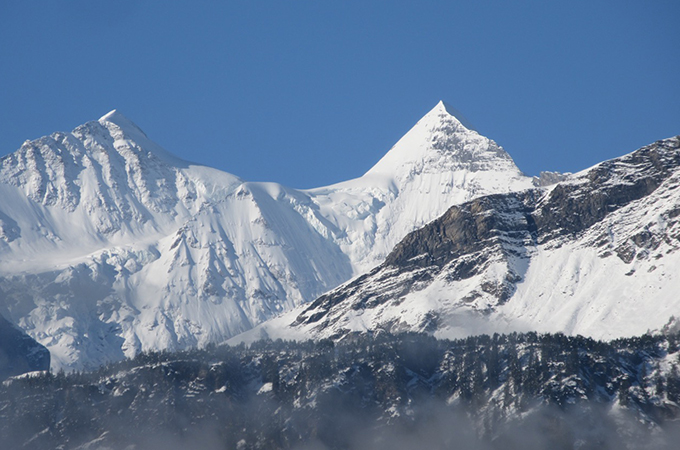 It is no secret that here at Untours we love Switzerland. It’s where Untours started over 40 years ago with the Heartland and Oberland programs, also where we have expanded to Ticino. Switzerland truly has it all: beautiful mountain landscapes, rich traditions and culture, gorgeous lakes, and outstanding train service. With borders touching Austria, Germany, France and Italy, Switzerland offers the ultimate central location to continue exploring Europe on Untour Samplers. Clearly we think the world of Switzerland so below we’ve compiled our Top 13 Things to See in Switzerland. 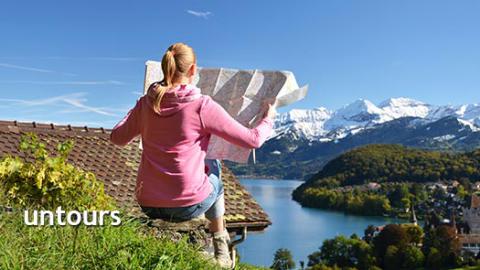 Known for its history, culture, remarkable waterfall, gorge, and signature confection invented in town, a meringue, Meiringen is enjoyable for all. The town’s main attraction is the Aareschlucht, a dramatic gorge formed during the last ice age, that can be visited. Sherlock Holmes fans can find a tiny museum made in his honor in the basement of a delightful church in town. Afterwards visiting Reichenbach Falls, the scene of the fictional demise of Doyle’s detective, offers a reasonable climb. If you’ve indulged in one too many meringues perhaps a hike up the Halisberg Mountain will settle your sugar rush. 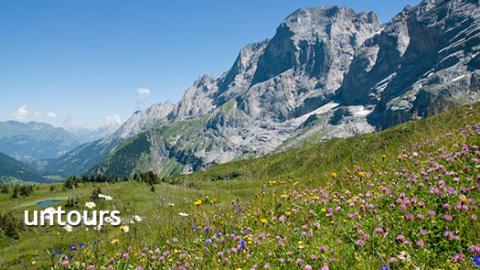 Easily accessed via cable car from Meiringen, Halisberg Mountain has some of the most beautiful and sweeping mountain views in Switzerland. Also the name of four quaint villages, Hohfluh, Wasserwendi, Goldern, and Reuti, Halisberg offers hiking for those of all abilities, from children to the most adventurous visitors. Known also for its excellent skiing and mountain biking, Halisberg really is for the whole family. 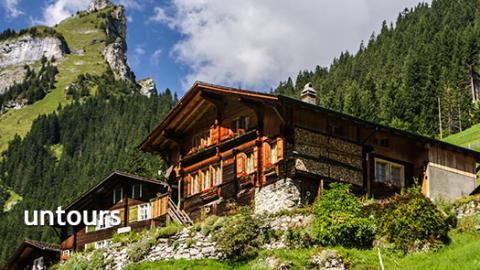 Home to under 2,000 residents, Lungern is small-town Swiss living at its finest. It boasts a stunning turquoise lake and a 100 year-old Gothic stone church, modeled after that of Lourdes. Home to many adorable and older churches, Lungern hasn’t gotten the tourist bite yet, meaning its authentic local culture is alive and well, with many local artists prominently displaying their work throughout town. 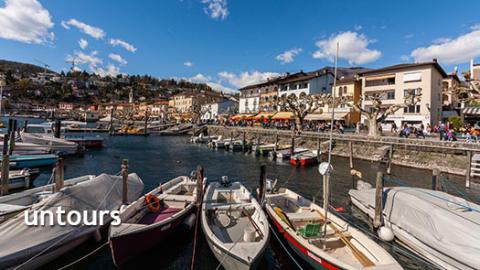 Only a 15 minute (free) bus ride from Ticino, Ascona is a beautiful village full of wealthy artists and literati. Despite the influx of tourists, heightened during the Ascona Jazz Festival held annually, the small-town Swiss atmosphere is alive and well. Located on the beaches of Lake Maggiore, Ascona is home to a collection of medieval churches and castles, filling the shoreline with outstanding architecture and style. Our suggestion? Enjoy millefeuilles, a puff pastry with cream, while walking from Ascona up the Monte Verita hill.

As the southernmost Swiss city, Lugano is the largest city in Ticino and attracts many visitors annually due to its beautiful lake, surrounding mountains and charming nearby villages. Boasting rail lines connecting Basel and Zurich with Italy, Lugano visitors often flock to the old city, which has one of the most fashionable shopping districts in the country. With a variety of art museums and galleries, Lugano has art and culture, but its true gem is Lake Lugano and the surrounding mountains of Monte Bre and Monte San Salvatore. 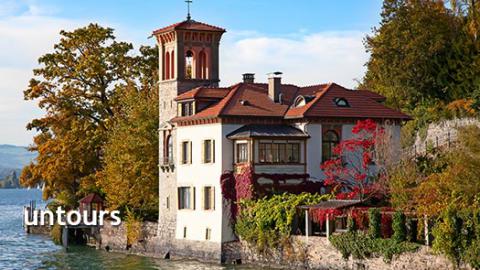 Less than twenty miles south of the major Swiss city of Bern, Thun is famous for its history, setting, culture, and industry. The Thun Castle, which looms over the surrounding city, contains five floors of museum, which doesn’t detract from the authentic atmosphere this 12th century castle boasts. In the summer the Stadtkirche, Thun’s City Church, hosts summer evening concerts which you can enjoy after a day of visiting its many museums such as the Art Museum, Toy Museum, and Wochnerpanorama, a huge panoramic mural of early 19th century Thun. 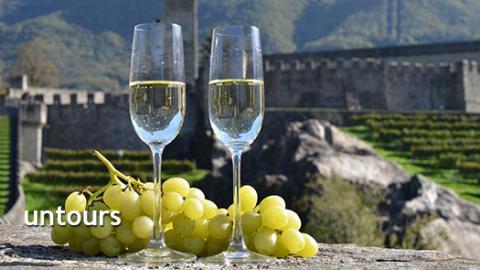 With the Alps looming above, Bellinzona (or Bellenz in German) is most known for its three medieval castles. Added to the UNESCO World Heritage List in 2000, Castelgrande, Montebello, and Sasso Corbaro are open year round, as are most of the hiking trails surrounding the city. The Carnevale Rabadan Bellinzona (traditional carnival) is held in February featuring street performers, masked processions, and masked balls. 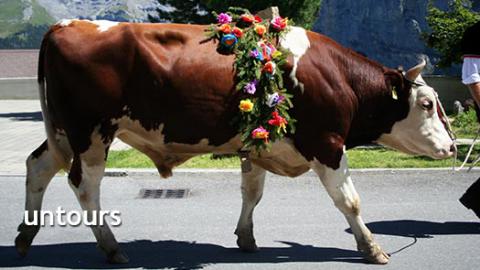 As a traditional mountain village, there is no road access to Mürren (meaning there are no cars in town), so the cable-car/electric train you must take! Take a twenty minute cable-car ride to the top of the Schilthorn, one of the world’s largest rotating restaurants, which offers outstanding views. Look out over the mountainside where James Bond was chased by villains down the Schilthorn before stopping by Trummelbach Falls to experience the refreshing cave-waterfall. 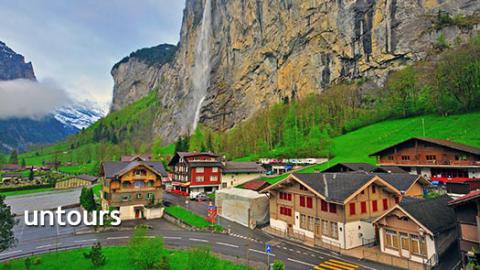 Boasting some of the biggest nature conservation areas in the country, Lauterbrunnen literally translates to ‘many fountains’ perhaps due to its 72 waterfalls. Close to Mürren and Trümmelbach Falls, any nature-lover will love the quaint, isolated feel of Lauterbrunnen. 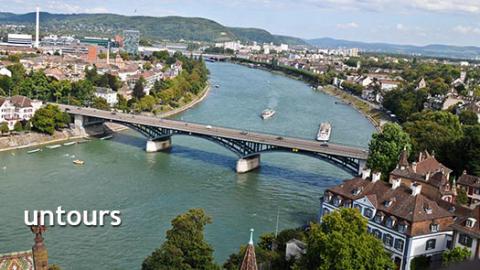 As Switzerland’s third most populous city, Basel touches France and Germany, offering a unique blend of cultures, and has always been considered a haven for freethinkers and original intellects. Home to the Museum of Fine Art (Kunstmuseum), which is Switzerland’s best hub of art, and argued to be one of the best in Europe, Basel offers a variety of museums such as the Museum of Cultures, the Anatomical Museum, the Paper and Printing Museum, the Pharmacy Museum, and so many more. Note that most museums are closed on Mondays, but fret not. Use that time to walk along the Rhine River or wander the old city streets around Marktplatz and Leonardskitche. 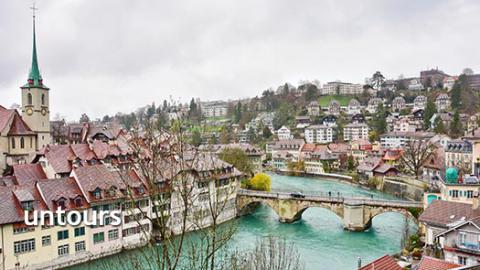 As the capital of Switzerland, dating back to the 12th century, Bern is considered one of the most relaxed and slow capitals in Europe. Enjoy lunch near the Rose Gardens for some peaceful reflection and then hop into the current next to the public park of Marizili to beat summer heat like the locals. Be sure to climb the city’s famous cathedral tower and watch the clock tower figures march five minutes before every hour. 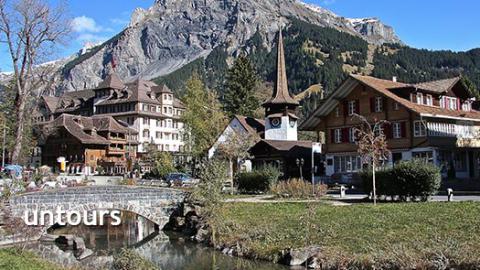 This high alpine town surrounded by mountains and waterfalls may be small, but is a great destination for tourists. There are over thirty restaurants in this town alone. And it has cable-cars to take visitors to the nearby heights such as Oeschinensee, Sunnbuel, and Allmenalp. In Allmenalp you can enjoy paragliding (a safer cross between parachuting and hang-gliding), which many past Untourists recommend. 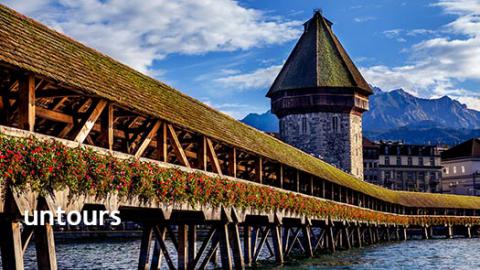 This happening, central Swiss city has storybook-like houses and is a bustling center for culture, shopping, transportation, and Swiss tourism. The famed Chapel Bridge, originally built in the 14th century, connects to the old city with its medieval walls, narrow streets, and ancient buildings. The Hof Church is one of the country’s most important renaissance churches, set amongst many museums, such as the Richard Wagner Museum (featuring one of the finest collections of musical instruments) and the Kunstmuseum Luzern (art museum).

Are you just as crazy about Switzerland as us? Check out all a Swiss Untour has to offer here and find out which region you belong in: Oberland, Ticino, or Heartland!