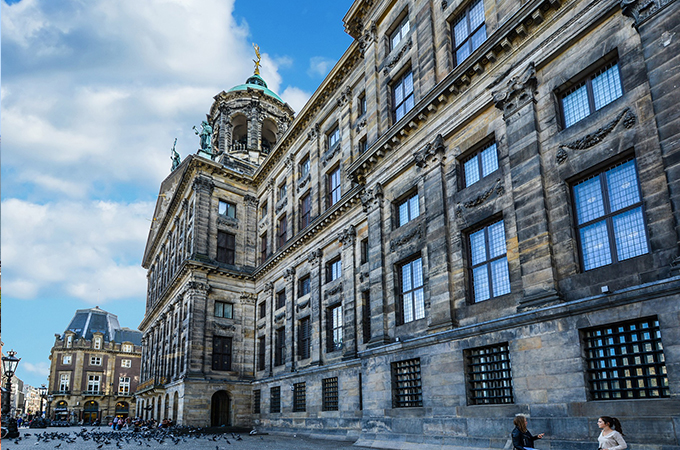 Untourists crave a deeper understanding of the local life, culture, and history of the places they travel. When we set up the Dutch Untour, we chose Leiden instead of Amsterdam partially because we felt staying in a smaller, less touristed city gave our guests a better insight into Dutch life and culture.

But we adore Amsterdam and know that Dutch Untourists use their rail pass to visit the city often during their Untour in the Netherlands. Our local staff leads a walk through the city to help guests understand and appreciate all it has to offer, including its museums.

In this second installment of our Amsterdam Museum Guide, we highlight the museums in Amsterdam that offer deeper insights into Dutch life, history, culture, and character. Check out these spots!

The national Maritime Museum shows how Dutch culture has been shaped by the sea. Stimulating, interactive exhibitions allow visitors to explore 500 years of Maritime History.

The Royal Palace was originally built as a town hall for Amsterdam’s administrative and judicial authorities. It is built in the classical style, recalling the architecture of ancient Greece and Rome. Louis Napoleon lived here from 1808-1810 and was, at that time, the King of Holland. Thanks to him, the palace houses the largest collection of Empire furniture outside France. The Palace also hosts a collection of famous paintings by Rembrandt, Ferdinand Bol, and Govaert Flink. It is still used by the King of Holland to this day, so check ahead to see when public visits are possible.

Museum Amstelkring: “Our Lord in the Attic”

This furnished canal house is one of Amsterdam’s most charming small museums, with 17th century period rooms and a clandestine Roman Catholic Church on its attic floors. After the Age of Reformation in Amsterdam, the city’s large Catholic community was forced to meet discreetly, in inconspicuous locations. The museum is within walking distance of the train station, near the Red Light District.

Ever wonder what it would be like to live in one of those majestic 17th century canal houses? Step inside and step back in time. Period rooms lined with family portraits give a feeling for life in 18th century Amsterdam. The charming garden room overlooks the formal gardens, and don’t miss the kitchen, downstairs.

A compact history of Amsterdam is arranged chronologically from the city’s founding to the present. Skim through quickly, or stop at the ticket desk to pick up details (in English) of the exhibits.

Follow the signs to the secret gardens and courtyards of hofjes, once home to single or widowed women who wished to live a religious life without taking any formal vows. The entrance is at the Spui, a few yards from the Kalverstraat.

Visit Amsterdam’s famous floating flower market along the Singel, between Koningsplein and Munt, just around the corner from the Van Loon Museum. You won’t find any bargains here, but the smell is so lovely, it’s worth walking through at least once.

Click here to read our guide to Amsterdam’s art museums, and stay tuned for our final installment, highlighting important museums and sights showcasing Jewish Heritage. See you in Holland!