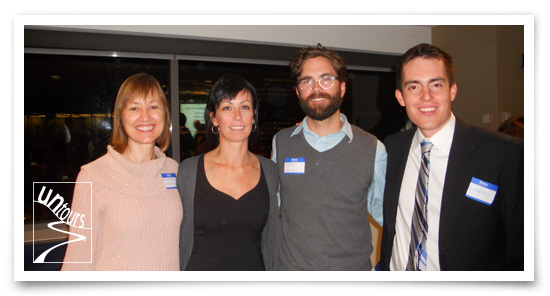 It was just a month ago that our loan recipient, Wash Cycle Laundry, won “2012 Best Laundry Service” from Philadelphia Magazine. This week, it won the annual Pacesetter Award from Gearing Up, a non-profit providing women in transition from abuse, addiction, and/or incarceration with the skills, equipment, and guidance to safely ride a bicycle for exercise, transportation, and personal growth. Way to go!

One of Wash Cycle Laundry’s bikers is a Gearing Up graduate. Following is a talk she delivered at Gearing Up’s award ceremony. Her story conveys courage and moxie as well as speaking to the amazing job opportunities created by our foundation’s loan recipients:

“Let me tell you what I think of bicycling. I think it has done more to emancipate women than anything else in the world. It gives women a feeling of freedom and self-reliance. I stand and rejoice every time I see a woman ride by on a wheel…the picture of free, untrammeled womanhood.” -Susan B. Anthony, 1820-1906, abolitionist and leader of the American women’s suffrage movement.