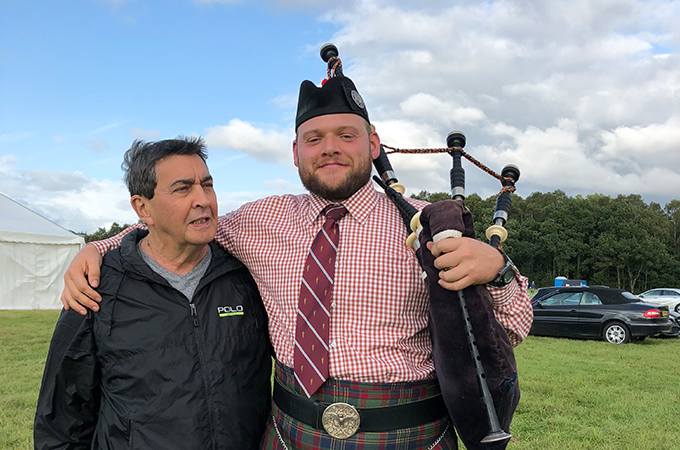 Richard and Maria Talarigo have traveled with us on multiple Untours in various destinations. Their most recent Untour was in Central Scotland, a place they loved. And on their way, they met up with family! Here’s their tale.

When we travel, it is extremely important to us to interact with the people, not just see the sites and this trip has afforded us tremendous opportunities to get to meet and talk with the locals. 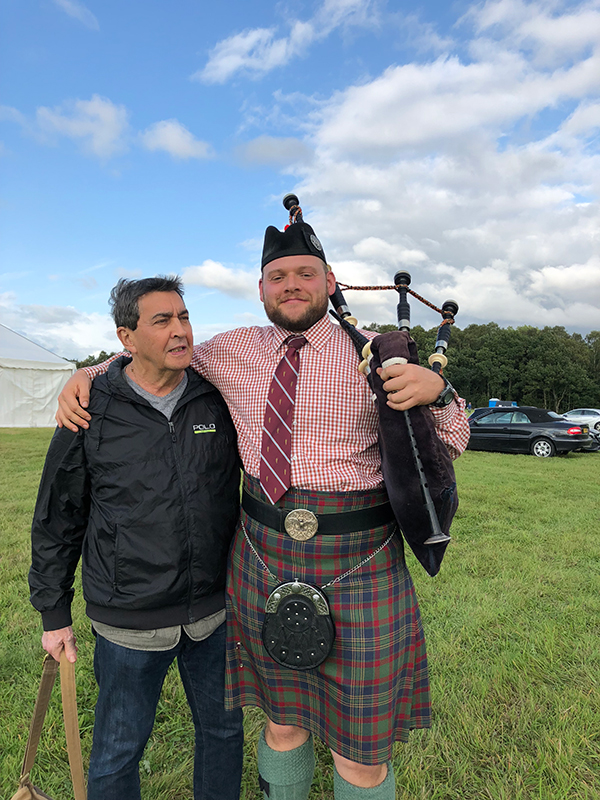 This is my husband, Richard Talarigo, with our nephew, Daniel Lyden, in Blairgowrie. Dan is a world class piper who competes across Scotland in the Highland Games every summer for three weeks. Dan had just competed at the Games in Blairgowrie, which we got to see and enjoy.

Daniel lives in Maryland and competes across North America, as well as teaches the bagpipes to at least 40 students. He also judges competitions. Every summer, for about the past ten years, he has traveled to Scotland to compete in several of the bigger Highland Games across the country, staying for about three weeks at a time.

Seeing him there was an amazing experience and gave us a much deeper appreciation for the tremendous talent and dedication of these musicians. Their competition literally takes all day so it is very stressful, while the other events are sequential and then they are over and another one takes place.

The pipers come from all over the world for the Highland Games and they have a great camaraderie among themselves. They take it very seriously and are very supportive of each other, recognizing at this level that each of them is really trying to perform his or her own personal best.

The Games themselves are a wonderful opportunity to really participate in the traditional Scottish culture. They are largely community based, with area towns competing against one another in a variety of “games,” although there are also some competitors from other regions and other countries. 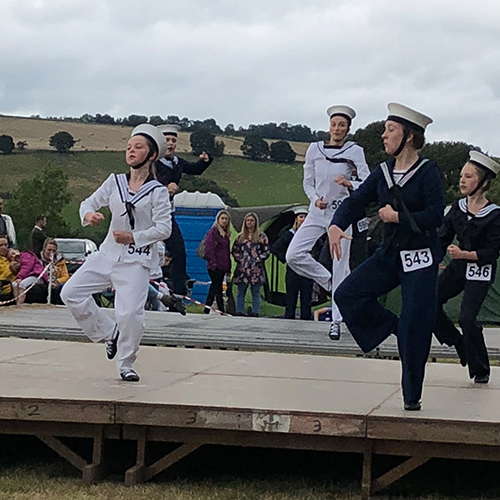 The competitions include (but are not limited to) the piping competition, shot put throwing, pole tossing, races, tug-of-war, stone lifting, and traditional Scottish dancing.

There are lots of food and craft vendors, representatives from various “clans,” public service displays, and information. Everyone is welcome and the cost is inexpensive. It’s like a great big festival and is very well organized. The Games generally run from 10:00 AM to 5:00 PM, although there are so many pipers competing that they often don’t finish until later.

The Highland Games in Braemar, which come close to the end of the season, always the first Saturday in September, are held near Balmoral Castle, so the Queen attends. (When he was in better health, Prince Philip attended too.) For those games, two military units participate in the tug-of-war right in front of the Queen. This year, our Dan piped in the competitors as they paraded before the Queen. 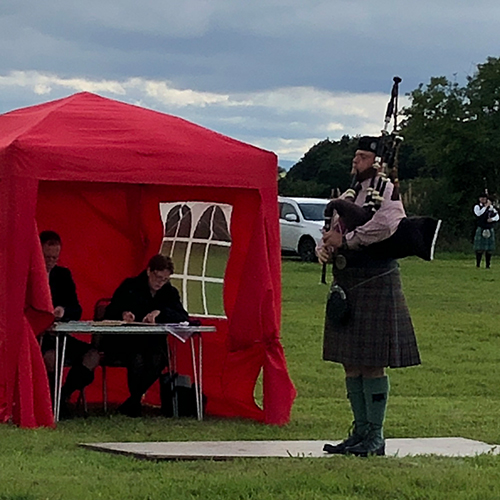 There are lots of Highland Games around central Scotland during the summer and we would highly recommend that other Untourists try to get to one, if they have time.

The competitors, men, women, and children, as well as the judges for all events, wear their kilts. You see a beautiful array of various tartans throughout the day. Occasionally, as you saw in one of the pictures, a dance troupe may change into another costume for their performance, but largely, they are dressed in charming, colorful matching kilts and blouses with tartan sashes. 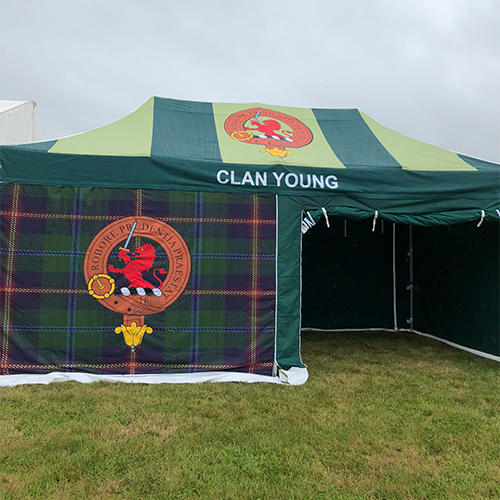 Interestingly, in talking to the young man (he was in his twenties) who drove the van to pick us up at the airport upon our arrival, I asked him if he owned a kilt. He said indeed he did and wished that he had more occasions to wear it. The Scots have a lot of pride in their traditions and it’s a real treat to see them celebrate it.

As we were winding down the last of our three weeks in Scotland, we just wanted to tell you that we could not be more pleased. Dunblane is a wonderful, beautiful town and is convenient to everything. We used the train quite a lot. Val was a fantastic hostess!  She was extremely helpful and provided us with great information. She’s such a delightful person! Our apartment (the Bridge View) was exceptional and most comfortable.

Join us for an Untour in Central Scotland or the Scottish Highlands.