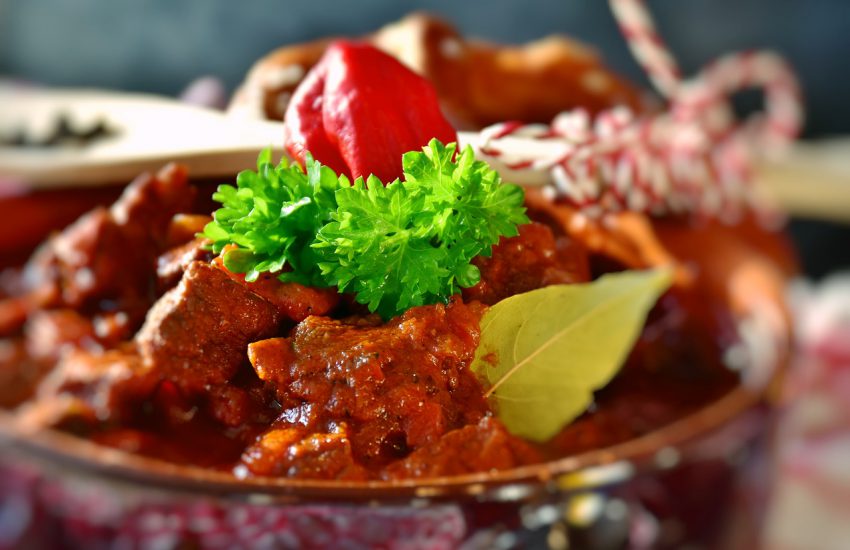 Goulash is Hungary’s national dish for some good reasons. Aside from being deeply satisfying and spectacularly red, its development speaks to the development and history of a nation.

That’s why we are really excited that our colleague Henriette is inviting Untourists into her kitchen to learn to cook goulash with her! Her lesson is part of an ongoing series of cooking classes we are offering live from Europe on Zoom. Click here for more information.

Goulash was a natural, given its interesting history and cultural significance. Here is a little context on the dish to whet your appetite. 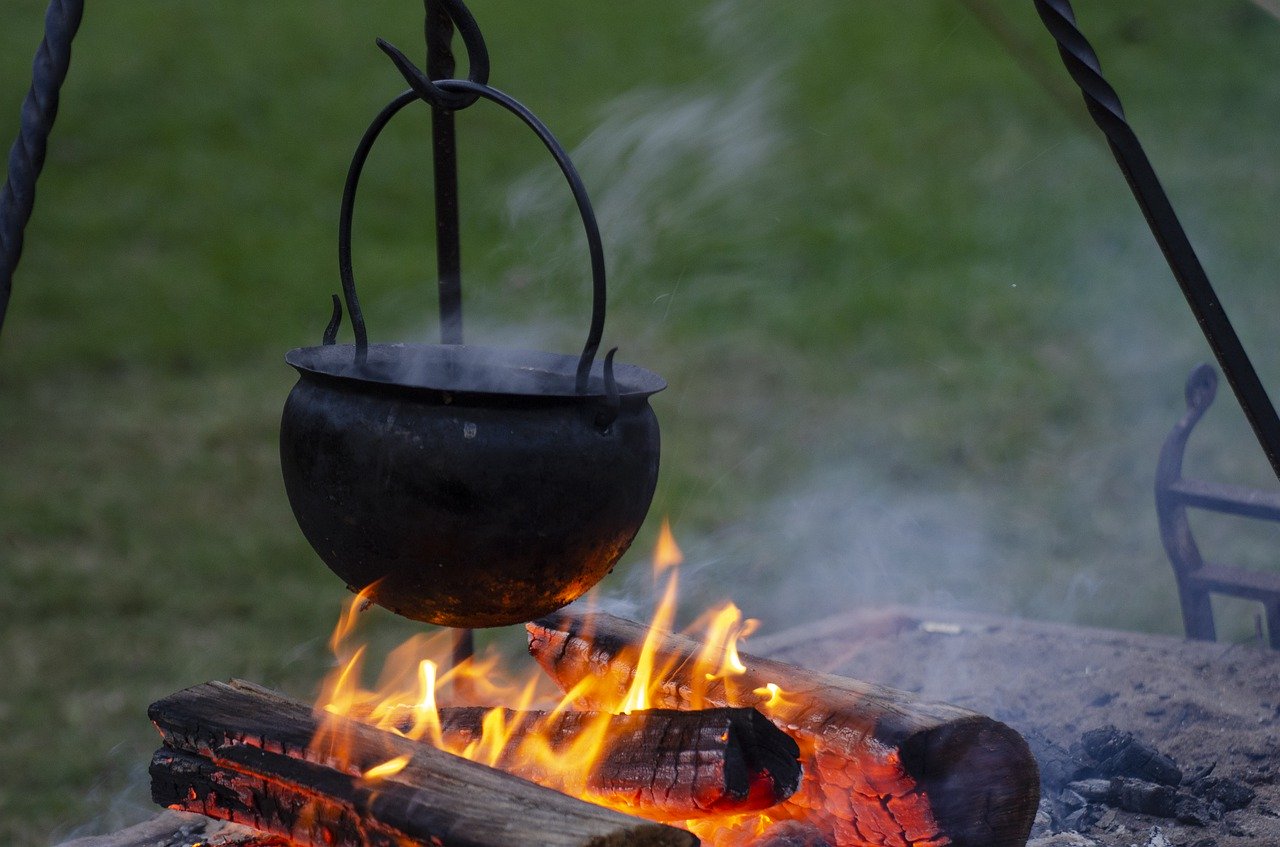 Like many of our favorite dishes, goulash started as a humble peasant food, a rustic rural dish that originated with the hard working cow herders of the fertile central Hungarian plains, who spent long days out in the field working up an appetite.

In fact, the name of the dish comes from gulyás hús,  which means heardsmen’s meat.

After their long days on the prairies tending cattle, herdsmen would gather around fires at night for some big pot cooking, stirring grains, onions, lard, and seasonings in a kettle over their fire. On the rare occasions when a herd member died, it was added to the pot, and a rare treat of beef stew was enjoyed. 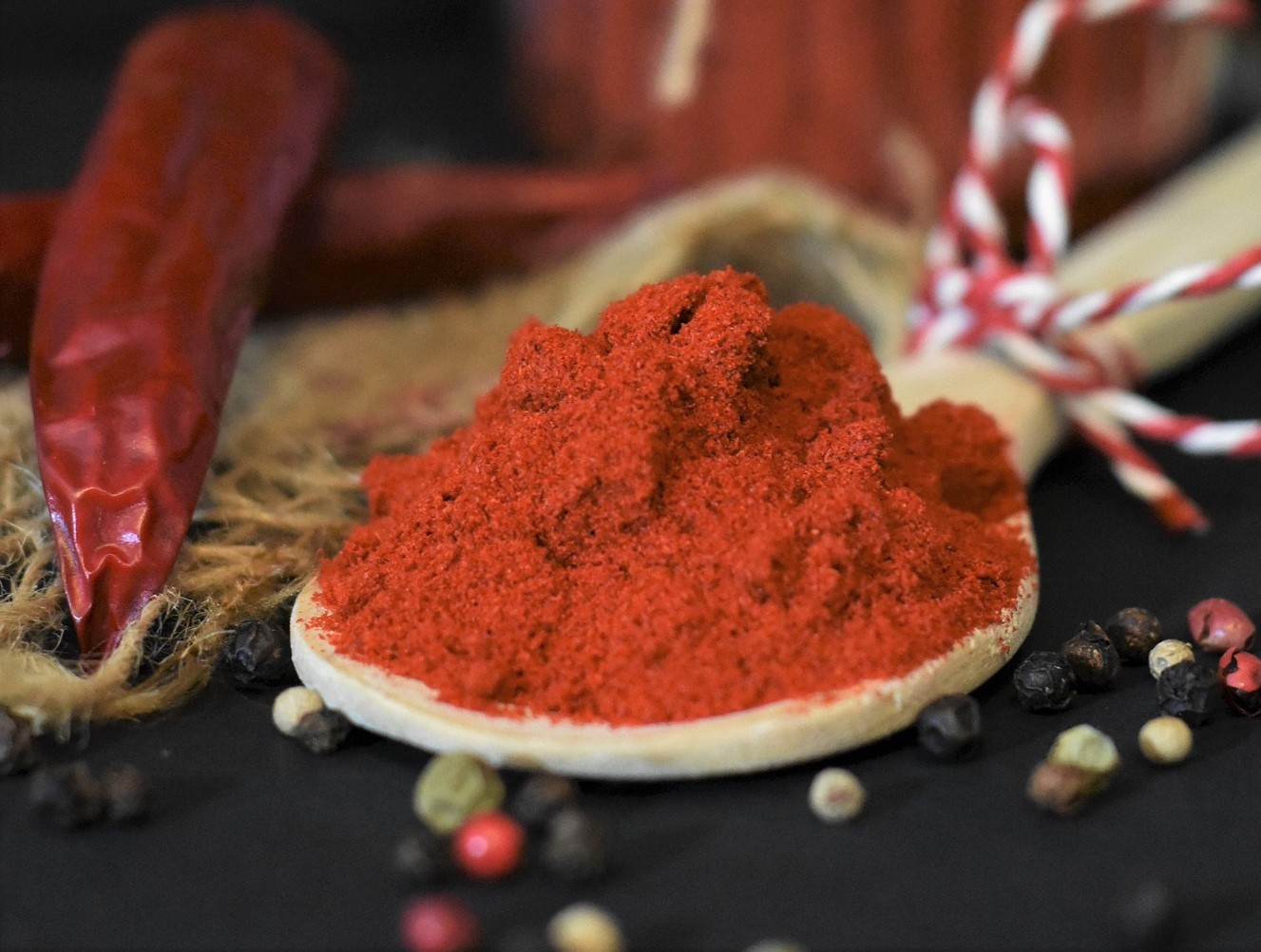 At some point, herders started to swap in crushed hot peppers for the black pepper they had been using. It seems that hot peppers were becoming more popular in home gardens in the nearby villages.

The pepper plants had found its way to Hungary a century earlier, when the Turks occupied these fertile lands and introduced chilis from the Americas, along with other cosmopolitan foods and spices from their global trade routes. The plants were grown ornamentally in noble gardens but “trickled down” into commoners’ gardens and kitchens.

The peppers were dried and crushed under foot, making the original versions of the dish very spicy. Over time, developments in seed separating, smoking, pepper cultivation, and milling yielded the wide variety parika we have come to know, including smoked paprika and “noble sweet” which helped make the dish accessible to more refined diners. 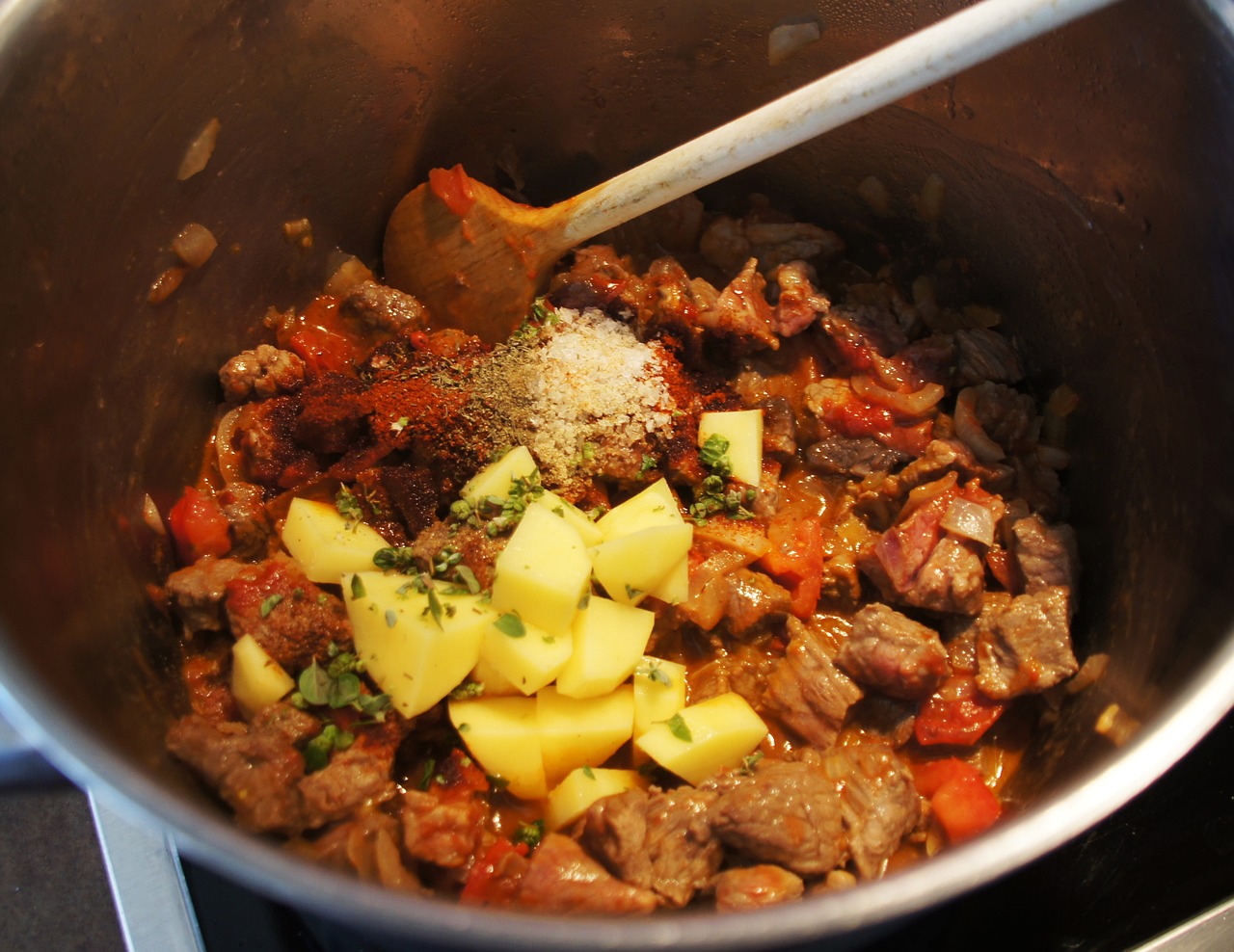 Before this distinctly red soup became the national dish and won the hearts and minds of a hungry world, it needed to ascend Hungarian social ranks. Enter the Habsburgs!

As Hungarian society was chafing under the rule of the Habsburgs, a strong Magyar nationalist movement began in segments of the upper classes. Reawakened national pride thrived on romantic nostalgia for rural traditions, culture, and food.

With this came a renewed interest and pride in goulash that transcended classes and saw modifications to the dish. As pepper cultivation and processing took off and yielded a rich variety of nuanced flavors and levels of spice, goulash became a dish proudly served on all tables.

Its popularity transcended Hungary in the 20th century and took its place in world cuisine.

We hope you can join us on the Budapest Untour soon and sample goulash in the nation of its birth. In the meantime, you can join our Untours colleague Henriette on zoom live from Hungary and learn to make this delicious dish at home! Learn more about our cooking classes here.