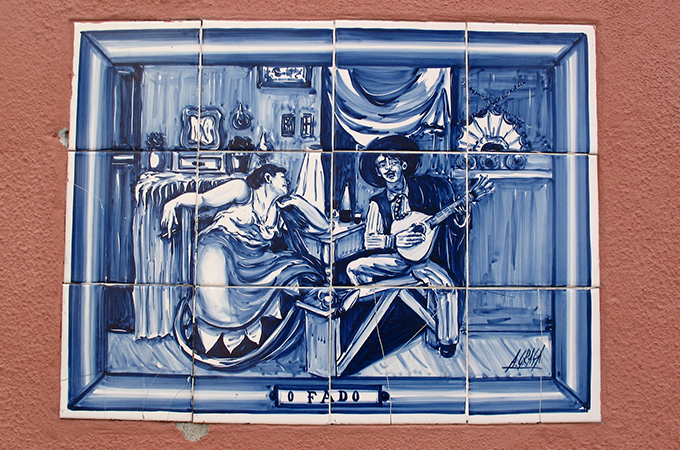 Sometimes compared to American blue music, the Fado song captures the essence of the Portuguese people more than any other music and offers a window into the country’s soul.

This typically sad song is said to descend from African melodies, though there is no trace of the Fado song in African music nowadays. The music is associated with the medieval guitar brought by the Portuguese.

The song reflects one particular word of which no other language has a direct translation: saudade. Although one can translate this as homesickness, it has more to do with fado, fate.

Portuguese sailors made it widely popular as their common theme: the homesickness was felt either by them or their families as they spent almost two years sailing between Portugal and India or Brazil. Their return was never assured and sea voyages sometimes ended in tragedy.

There are several kinds of Fado and Fado singers. Sometimes there is just a woman (always dressed in black) or a man alone on stage. 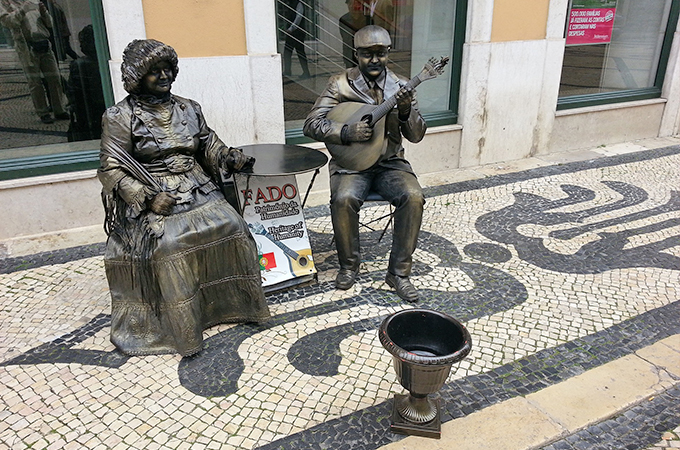 Sometimes a pair performs, singers challenging each other as they invent lyrics on the spot. This is called Fado à Desgarrada and is certainly the most amusing type of Fado as the two pretend to be a married couple discussing personal (sometimes intimate) matters in front of strangers. They usually take this opportunity to make fun of the other person.

Fado can be heard in the open air in town squares in places like Sintra and at the so-called Fado Houses or Casas de Fado, where it is sung after dinner in a dim light and in absolute silence.

Singers usually sing among regular clients. Sometimes you may be having dinner with the players and not even be aware of it until they stand to perform. They enjoy not being recognized among the crowd.

Two acoustic guitar players accompany them. One plays the rhythm guitar (which is a regular one) and the other plays the Portuguese guitar, a very peculiar, beautifully decorated instrument with engravings, often embellished with mother of pearl.

There is a Fado museum in Lisbon where one can get in touch with the ambiance surrounding the Fado and its famous singers like Alfredo Marceneiro and Amália Rodrigues.

The emotion of this song is so strong that the late Amália became a “Portuguese Ambassador” wherever she sang Fado in Japan and caused the audience to weep, though they didn’t understand a word of Portuguese.

The song’s mood is universal, pure and raw emotion. Take a listen.

One of the most prominent districts in Lisbon to have a Fado dinner is the Bairro Alto, which was built by the newly wealthy traders in the 16th century after returning from their sea voyages with the merchandise they brought from the east. They lived a carefree life thanks to the easy-made earnings of their business.

The Alfama is another part of Lisbon where Fado is alive and well. You can also find Fado performed in Porto and Sintra. Your local Untours host can direct you to the best performances. You have to experience Fado for yourself to truly understand its power.