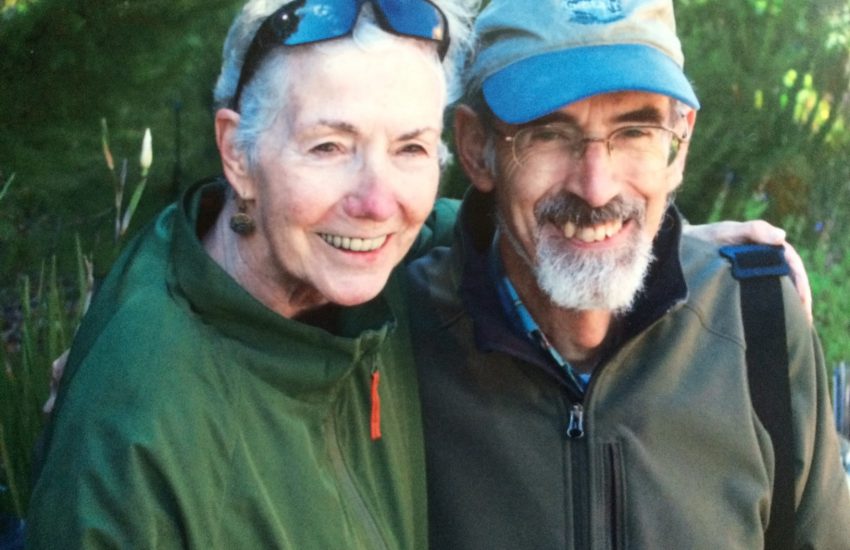 This story is written by Untourist and Untours Foundation supporter Peter Mullen.

When Christine and I got off the train at Sarnen in central Switzerland, we were warmly greeted by the Untours host family, whom we would spend the next several days with. Still standing on the station platform, I impulsively asked if they knew of an Egger family who, many years ago, had lived in Kerns, the next village over. I knew it was a long-shot, but to my surprise, they said a family of that name still lived there.

My wife Christine had been born and grew up in Greenock, Scotland. Greenock, a shipbuilding town in the estuary of the River Clyde in the West of Scotland, had been heavily bombed in World War II. Her earliest memories, as a four-year-old, were of the smell of vomit and urine in the air raid shelter where she huddled terrified with her family as the dirt floor quaked from the force of exploding bombs.

Her father, whom she never knew, had volunteered to fight against the fascists in the Spanish civil war. With the outbreak of World War II, he again signed up, this time with the British Expeditionary Force to fight in France, where he was killed in the early days of the war.

At the end of the war, Christine, now eight, was selected by the Swiss Red Cross, along with more than two hundred other children from towns around Glasgow, to be transported to Switzerland. The Greenock Telegraph reported that, “Every child from Greenock selected to go on this trip has lost a parent or relative in the war,” and that the Swiss people regarded this as “a contribution towards alleviating the sufferings caused by the war.”

Oddly, although Christine had two siblings, she, the youngest, was sent alone. In her memoir she recollects the long train ride across France into Switzerland. “I watched the towns go by, as with each stop the train made in Switzerland, fewer children remained on it. As more and more children were dropped off with their respective host families, I felt more alone and afraid.”

Christine (center), Andre (below) and two of the Eggar daughters

Eventually she reached Kerns in central Switzerland, the last of the Scottish children on the train, where she was warmly received by the Egger family: Doctor Leo, Frau Frieda, and their four children, ranging from 12 to 4. She later learned she was the fourth child they had received from war-torn Europe.

She stayed with the Eggers for several months, and slowly adapted to her new circumstances, despite bouts of aching homesickness, made more difficult by the fact that no one in the family spoke English. When she first arrived, she wrote later, “I only wanted to see my mother again and I believed if I couldn’t see her all this time, which had been less than a week, she might forget about me and I’d be left here forever.”

Nevertheless, she began to pick up a few words of Swiss German and to play with the three Egger girls and their four-year-old brother, Andre. She rode with Dr. Egger as he made house calls in the village and surrounding countryside. She played with clothespin dolls the maid Suzanne had made for her while she waited in the car.

In mid-1946, back in Scotland, now speaking English mixed with a smattering of German, she was reunited at long last with her mother, brother, and sister.

So here we were in 2003, fifty-seven years later, standing before the Egger homestead appearing unchanged, now occupied by Andre, whom Christine had last seen as a four-year old, and his wife Rosann. 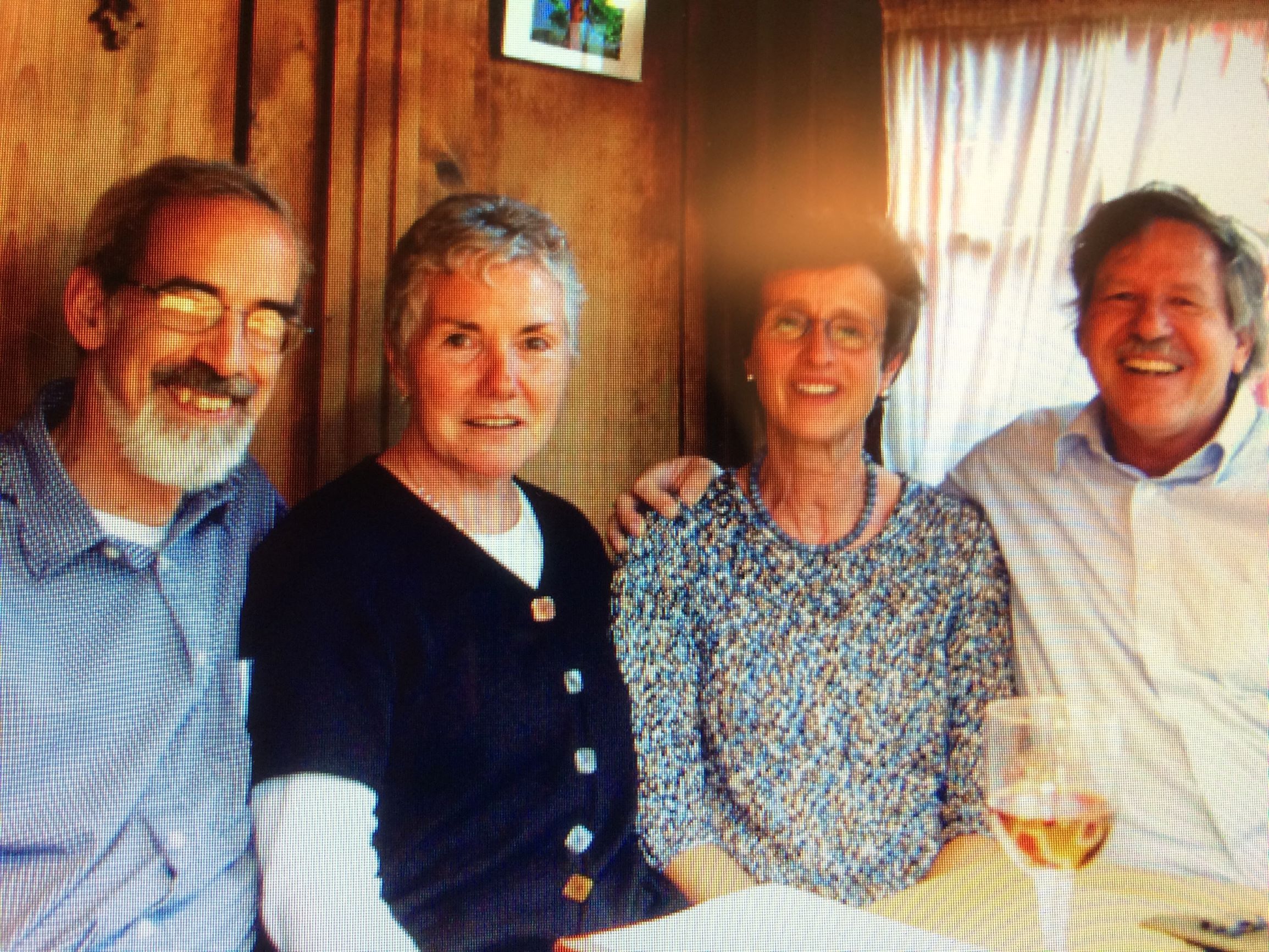 Our Untours hosts had indeed known the family, and had graciously contacted Andre, who had invited us to dinner. Christine recalled, as we entered, that Doctor Egger’s surgery had been on the left, and the living room with the grand piano on the right, confirmed by Andre.

Over a delicious meal, Andre told us that his 97-year-old mother was now residing in a nearby nursing home but his father had died tragically of appendicitis the year after Christine had returned to Scotland. So, he and she shared the common experience of growing up without a father.

The next day we visited Frau Frieda. Christine wrote: “Mrs. Egger spoke to me in Swiss German. Although I no longer remembered any of the language, I could feel the warm embrace of her words. Leone, her eldest daughter, met us there and interpreted for me. Her mother said she remembered me as a very intense, shy eight-year old.”

My beloved Christine died six years ago. I will always be grateful to Untours, which gave her the amazing opportunity to reconnect with that difficult but formative part of her childhood. Coming full circle to connect the past with the present, I believe a deep healing took place for her. By a personal alchemy, she transmuted the losses and grief of her early life into a great heart and compassion for the suffering of others.

Peter Mullen is a retired professor and former director of the Graduate Program in Holistic Counseling at Salve Regina University in Newport RI. He shared a private psychotherapy practice with Christine in Massachusetts. He says, “I’m a dedicated meditator. Meditation is the high point of my day – like eating dessert first. I used to be a runner, until my knees got creaky. Now I walk Newport’s back roads and famous Cliff Walk several miles almost daily.”

“As a fan of the Untours Foundation, I have included this loving institution in my planned giving. I currently give time as a hospice volunteer, where I facilitate groups for bereaved spouses and partners as well as a support group for Alzheimer’s caregivers. Hope Hospice of RI took such wonderful care of Christine and her then devastated husband that I feel honored to give back to them, and, of course, get more back than what I give. Isn’t that what giving’s all about?”