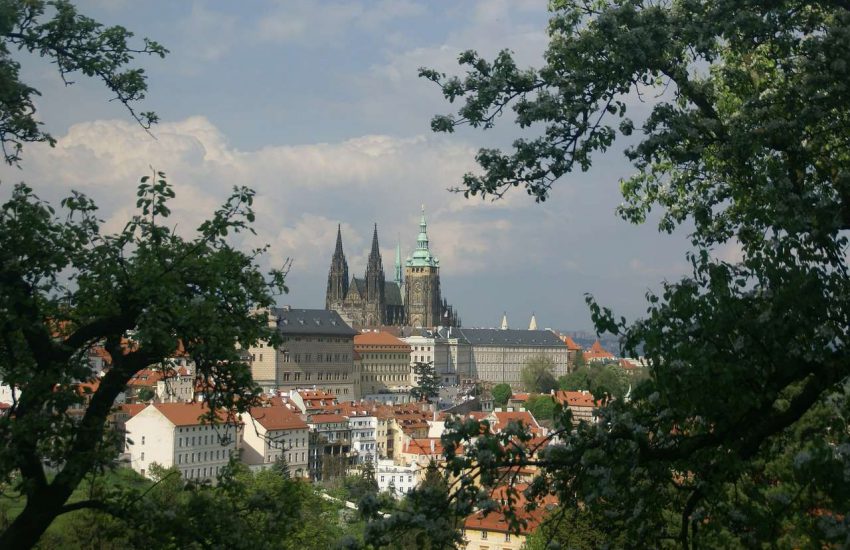 Prague does not have a single city center. Modern Prague revolves around Wenceslas Square. Historic Prague has its heart at Staroměstské náměstí (Old Town Square). Royal Prague can be found in the Castle District (Hradcany).

Prague Castle is probably the city’s oldest and best-known landmark.

The gate to the First Courtyard is guarded by ceremonial castle guards outfitted in colorful uniforms (designed after the “Velvet Revolution” by a theater colleague of then-President Vaclav Havel). The Changing of the Guard at noon is a ceremony worth seeing. If a flag is flying atop the right side of this building, the president is in Prague. 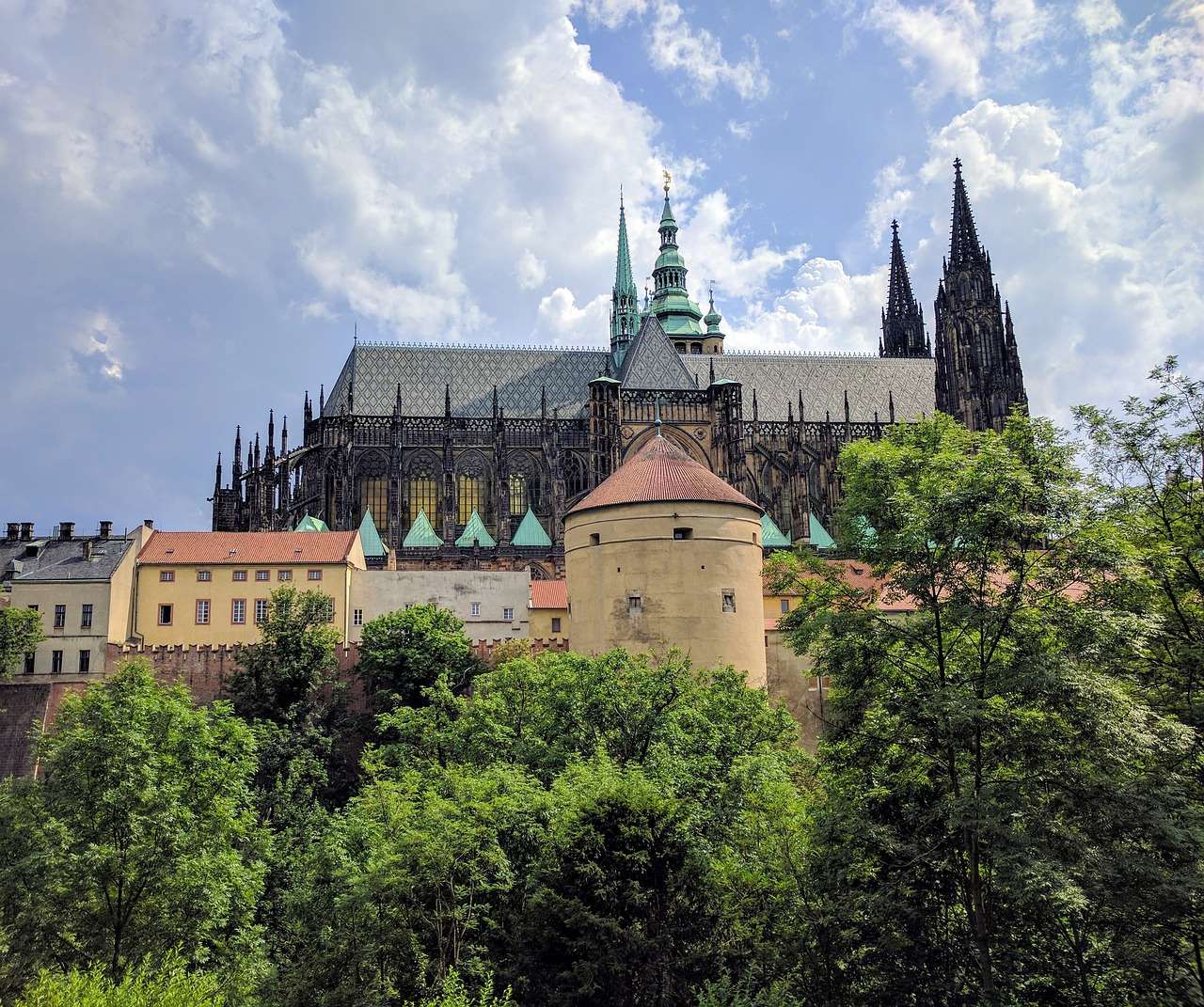 The Third Courtyard contains the Information Service and is dominated by the St. Vitus Cathedral, a breathtaking construction which took nearly 600 years to complete. Begun by Charles IV in 1344, St. Vitus was not finished until 1929. Don’t miss the stained glass windows, some of the most captivating in all of Europe.

Visit the Old Royal Palace, the site of the Prague Defenestration, which unleashed the Thirty Years’ War. Two Catholic governors were unceremoniously hurled from a lofty window by rebellious Bohemian Protestants. They survived the plunge, thanks to a fortuitously positioned dung heap! The humor, however, ended there: the ensuing war devastated one-third of the population of Central Europe.

The museum of the Mihulka Powder Tower is also worth a look. If you have ever wondered what alchemists actually did, you will enjoy looking at the instruments of medieval metallurgy in this little museum. The Golden Lane is rumored to have also been a center of alchemic research.

Whatever the truth of these stories, this narrow alley with its tiny houses is now a very picturesque section of the Castle District. Czech writer Franz Kafka discovered an appropriate backdrop for writing here, dwelling in house No. 22 in 1917.

The National Gallery of European Art is located just outside the front gate of the castle. The gallery is divided into three parts: a collection of old European art, a collection of old Bohemian art, and a collection of French art featuring great Impressionists, as well as Picasso and Braque. This museum is an ideal place to spend a few hours on a rainy day.

Explore all of the districts of this enchanting city on a Prague Untour.